A handful of unwelcome plants growing on the side of a road in Alberta were all it took to stop two Asian governments from accepting Canadian wheat.

The stalks were found to be genetically modified wheat, which is banned from commercial production worldwide. But despite a seven-month investigation, Canadian Food Inspection Agency (CFIA) representatives still can’t explain how they got there.

Canada, it seems, has a cereal killer on its hands and suspects range from activists to sloppy geneticists.

Japan, a major buyer of Canadian wheat, and South Korea suspended trade in June, immediately after the CFIA announced that a “few” wheat plants survived the application of glyphosate – the herbicide best known as Roundup – last year. That shouldn’t have happened: Wheat that resists the deadly effects of the popular weed killer is genetically modified.

While both countries have since lifted their bans, the rogue plants highlight how susceptible Canada’s multibillion-dollar agriculture industry is to the polarized fight over genetically modified grain and certain herbicides – and, potentially, to sabotage. Canada is at tremendous economic risk if activists are behind the wheat scare.

Glyphosate is a divisive herbicide. Monsanto patented it in the 1970s and its glyphosate-resistant crops – branded as Roundup Ready – first came to market in 1996 in soybeans. Roundup Ready canola is planted widely in Western Canada, and consumed globally. Supporters argue that glyphosate is safe and that genetically modified plants are necessary to feed the world’s population. (Roundup Ready wheat, for example, is an appealing idea to some farmers because it means they can spray a field with the herbicide and kill off everything but their crop.)

But detractors point to competing studies that indicate glyphosate may cause cancer. Late last year, the European Union, for example, narrowly voted to allow glyphosate in the region for another five years, well short of the normal 15-year renewal period for similar products.

Canadian investigators have yet to figure out what kind of wheat was found in southern Alberta, let alone how the problematic plants ended up there.

Two factors are at play in understanding this mystery: The wheat’s traits and its variety. Researchers determined that the plants contained a genetically modified gene that makes it resistant to glyphosate. That’s the troublesome trait: It has been tested in Canada, but never approved for commercial production. But scientists have not sorted out what type of wheat is involved. The unidentified variety has never been approved either. In short, neither the trait nor the variety should be in the country, whether in combination or otherwise.

Pierre Bilodeau, the executive director of the CFIA’s plant-health directorate, the agency leading the investigation, argues what is most important is that Canada found the unwelcome wheat.

Independent experts argue the mystery could still have economic consequences and solving it – or at least gathering more evidence – would help prevent future cases like this one. The science, a number of genetics experts argue, points to human intervention.

Alan McHughen is a professor at the University of California, a molecular geneticist who has developed genetically modified plants. Mr. McHughen said this seemingly loopy hypothesis about the wheat’s origins should be taken seriously. Every other plausible option, he said, is extremely unlikely.

The mystery started last growing season when a contractor sprayed glyphosate, on a lease road in a field. The field was seeded for canola, and the contractor was trying to kill weeds on the road. The contractor, according to the CFIA, reported the surviving wheat plants to Alberta’s department of Agriculture and Forestry. The provincial government then launched an investigation, although it was not publicly announced. Alberta turned its results over to the CFIA in January and its findings were only made public in June.

The CFIA determined the wheat contained MON71200, a trait Monsanto developed and the factor that made it resistant to glyphosate.

Monsanto conducted field research on wheat sporting MON71200 between 1998 to 2000 in Alberta, planting fewer than two hectares, according to Trish Jordan, the company’s director of public and industry affairs in Canada. Companies test and market herbicide-resistant plants because they can increase yield by better controlling some weeds.

The wheat found in 2017 was located more than 300 kilometres from Monsanto’s earlier research sites and while both carried MON71200, the varieties differed. Simply put, the plants grown by Monsanto and the ones found on the side of the road are not the same. This rules out a seed escape.

Wheat self-pollinates, meaning it doesn’t need material from male and female plants to intermingle in order to reproduce. As a result, kernels in a wheat head will be exact replicas of the seed that sprouted the plant.

Occasionally, wheat plants will naturally cross-pollinate, aided by insects or wind. If the mating plants are not identical, the resulting kernels will contain genetic traits from both contributors, creating hybrid seeds.

This is called outcrossing and it is rare in wheat. This could explain how MON71200 jumped from one variety to another.

Outcrossing, however, is detectable thanks to DNA fingerprinting of the plants.

The CFIA has determined MON71200 did not sneak out of the old test plots (and happen to breed with a variety of wheat that is unknown in Canada) this way.

That leaves some experts speculating about human interference.

“It sounds more and more like a rogue breeder was doing his [or] her own breeding with some purloined MON71200 seeds,” Mr. McHughen said.

Tom Clemente, a biotechnology professor at the University of Nebraska-Lincoln’s department of agronomy and horticulture, says activists opposed to genetically modified plants or with grudges against giant agrifood companies are to blame rather than natural causes.

“The biology doesn’t make sense,” he said. “The way it occurred sounds more like somebody sprinkled some seeds. They knew it was there."

And, the theory goes, whoever did it knew, somehow, someone would report the surviving plants to agricultural authorities. The idea is that the rogue stalks would be used to highlight how even testing with glyphosate might contaminate the food chain.

It is possible that someone had access to MON71200 for research purposes and whipped up this trait-variety combination on their own. Researchers and students at universities, for example, might have access to the gene, an array of varieties, and necessary breeding skills.

The farmer who owns the property where the mystery wheat was found last year has not been identified. He last sowed wheat in the field in 2014. The Alberta government refused to identify the herbicide contractor who sprayed the road. The farmer’s field is fallow this year, and being monitored by the CFIA.

Monsanto shelved development plans for so-called Roundup-resistant wheat in Canada in 2004 after buyers in Japan and Europe said they wouldn’t buy Canadian wheat if it were introduced here.

“There’s also nervousness around this issue in other markets as well, places such as the EU, for example,” Mr. Dahl said.

Canada has already faced a similar mystery there, with similar fallout.

In 2009, Europe banned flax from Canada for about four months after traces of genetically modified material showed up in shipments. The trade damage totalled $80-million between Canada and Europe, according to the University of Saskatchewan’s Mr. Smyth.

Canada lost $30-million in exports, while Europe lost $50-million as the processing industry stalled, he said. The flax freeze forced 600 people out of work in Europe, he said. At the time, the European flax market was worth $320-million annually to Canadian farmers.

The material was initially linked to a flax called Triffid, which had been developed by Mr. McHughen when he was at the University of Saskatchewan.

Triffid was supposed to be destroyed in 2001. Triffid, which had genes from a weed that allowed it to grow in herbicide-contaminated soil, had been deemed safe by Canadian authorities after it passed stringent food and feed safety tests. Although the contaminated shipments were found to have about one genetically modified seed out of every 10,000, it was enough for Europe to turn its back.

The CFIA is confident it found all the rogue wheat plants and that troublesome kernels did not slip into Canada’s grain system. It has not given Monsanto access to a sample of the unwelcome wheat, meaning the company cannot check the DNA against its database in an effort to nail down the variety. Experts say knowing more about the wheat may allow the company to provide clues about who may have had access to the suspect genes.

Mr. Bilodeau said the glyphosate-resistant trait is the trade concern. Determining the wheat’s variety and origins are lower on the priority list. 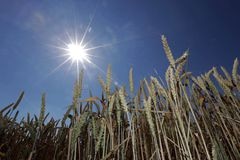 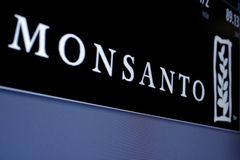