An Indigenous former prisoner who is the representative plaintiff in a proposed class-action lawsuit against Correctional Service Canada has applied for an injunction calling on the federal prison agency to end the use of a pivotal risk assessment tool, arguing it is systemically biased against Indigenous peoples.

The application is the latest volley in the lawsuit, which was launched in January over the agency’s risk-assessment practices. The Federal Court case focuses specifically on the risk scores produced by the Custody Rating Scale, a 12-question, multiple-choice tool central to the agency’s administration of prisons.

Parole officers rely on the CRS, which attempts to quantify a prisoner’s misbehaviour in prison and the likelihood they’ll pose a security risk, to determine a person’s initial security classification and prison assignment. Those scores have far-reaching consequences for people’s ability to find jobs in prison, access treatment services and ultimately affect their odds of being paroled.

“The CRS assigns worse scores to Indigenous inmates, particularly Indigenous women, than are justified,” the injunction request reads. “The result is that Indigenous women are overclassified in terms of security classification and security placement.”

The application asks that one of two orders be issued. The first is that Correctional Service Canada stop using the Custody Rating Scale on all Indigenous prisoners within 14 days of a judge approving the injunction, which would last until the class action is complete. Barring that, the application asks for an injunction ordering CSC to cease using the tool on incarcerated Indigenous women in particular.

Last year, a Globe and Mail investigation of CSC’s risk assessments uncovered systemic bias in some of the agency’s most important risk scores. The investigation – which controlled for variables such as age, criminal history and the severity of prisoners’ offences – found Black men were roughly 24 per cent more likely than white men to be assigned the worst possible security classifications when they’re admitted to prison.

Indigenous men were around 30 per cent more likely than white men to receive the worst possible reintegration potential score at any point during their sentence, a rating that plays a large role during parole decisions.

The House of Commons public safety committee has since announced a study into bias in prison risk assessments. In past statements, CSC has stood by its risk tools and said it regularly conducts research to ensure they’re still reliable.

A CSC spokesperson confirmed that the agency had received the injunction application. “We are currently reviewing the notice of motion and while this process takes its course, we continue to use our actuarial tools,” Isabelle Robitaille said.

Jason Gratl, a Vancouver-based civil rights lawyer representing the plaintiffs, told The Globe that an injunction is necessary given the “dramatic and pervasive” impact of the CRS on Indigenous prisoners.

“We believe that this is a manifest injustice of a scale sufficient to warrant judicial intervention pending trial,” he said.

According to Mr. Gratl, CSC admits roughly 2,000 Indigenous prisoners a year. Given that the class-action’s litigation could take years, “upwards of 10,000 inmates” could be discriminated against because of the Custody Rating Scale pending trial, he said. “That’s a scope and scale of discrimination that shouldn’t be permitted in the interim.”

The injunction application includes the affidavits of two psychologists, Karl Hanson and Stephen Hart, both of whom are widely seen as leaders in the field of correctional risk assessment. Dr. Hanson’s affidavit concerns a 2004 Public Safety Canada document he co-authored. That report, first made public by The Globe, said the Custody Rating Scale had serious design flaws and could lead to systemic bias against Indigenous prisoners.

Dr. Hart’s affidavit, meanwhile, analyzed a trove of prison data that The Globe obtained from CSC through a freedom-of-information request, and which was made available to the public last year. Among other things, Dr. Hart’s analysis found that “female Indigenous offenders are overclassified in terms of security level,” and that the Custody Rating Scale “has little or no ability to predict adjustment problems in Indigenous female offenders.” Dr. Hart estimated that 417 of the Indigenous women he’d analyzed were overclassified by the tool between the 2013-14 and 2017-18 fiscal years.

The overclassification of Indigenous women pointed to by Dr. Hart lies at the heart of the class-action lawsuit.

The suit’s representative plaintiff, Martha Kahnapace, spent years in federal prison after being convicted of the second-degree murder of her then-partner. According to the statement of claim, Ms. Kahnapace, a member of the Pasqua First Nation in Saskatchewan, spent much of that time in medium- and maximum-security facilities because of risk scores assigned to her by CSC. The suit says these scores were higher than they should have been owing to her Indigenous background.

In 2014, nine years after she was charged with murder, a series of appeals led to Ms. Kahnapace’s acquittal – instead, she was subsequently convicted of manslaughter and was sentenced to time served.

Mr. Gratl said CSC already has reasonable alternatives to the Custody Rating Scale that could be implemented on short notice. One option, he said, would be to use only a subset of the assessment’s questions. “The results would still be discriminatory against Indigenous inmates,” he said, “but they’d be less discriminatory.”

Another option would be to do away with the instrument entirely. “Correctional Service Canada also has a number of other tools at their disposal and assessment schemes that could perform the function of assessing whether prisoners are likely to engage in institutional misbehaviour or likely to be a risk to other prisoners or guards,” Mr. Gratl said.

“These tools are already in place, they exist, and they could be easily implemented without interfering with the managerial process within prisons.” 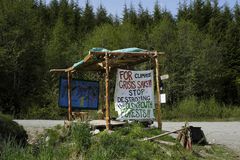 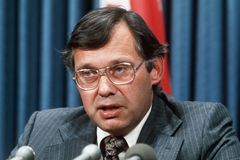 New conservancy created to protect area sacred to Tahltan Nation in northwestern B.C.
Subscriber content
April 8, 2021
Follow Tom Cardoso on Twitter @tom_cardoso
Report an error Editorial code of conduct
Due to technical reasons, we have temporarily removed commenting from our articles. We hope to have this fixed soon. Thank you for your patience. If you are looking to give feedback on our new site, please send it along to feedback@globeandmail.com. If you want to write a letter to the editor, please forward to letters@globeandmail.com.
Comments