Canada’s pre-eminent organization for the wrongfully convicted wants the police forces that investigated the 1984 murder of Christine Jessop to explain why it took so long to solve.

Earlier this month, Toronto Police identified Calvin Hoover, now deceased, as the killer in a tangled investigation that wasted a decade pursuing and prosecuting the wrong man, Guy Paul Morin, before DNA evidence exonerated him in 1995.

Innocence Canada, the group that secured Mr. Morin’s acquittal, is calling for the Ontario government to launch an independent review of how police overlooked Mr. Hoover for so many years despite having retrieved his DNA from Ms. Jessop’s clothing.

“They missed an obvious suspect for a long, long time,” said Joanne McLean, a board member of Innocence Canada and lawyer for Mr. Morin. “This was torture for two families – the Jessops and the Morins – for too long.”

Innocence Canada says a review could resemble the recently announced probe into Nova Scotia’s wrongful murder conviction of Glen Assoun, who spent nearly 17 years in jail and five on parole before a court found him innocent last year. The Independent Investigations Office of BC will examine how evidence the RCMP collected was destroyed or went missing.

Nine-year-old Christine disappeared from her Queensville, Ont., home on Oct. 3, 1984.

The investigation shifted from York Regional Police to Durham when her battered remains turned up in their jurisdiction three months later.

Durham detectives zeroed in on Mr. Morin, a 24-year-old saxophonist and beekeeper who lived with his parents next door to the Jessops. A botched investigation and prosecution convicted him before the DNA evidence emerged in 1995.

In an inquiry struck the next year, commissioner Fred Kaufman found the investigation was plagued by “tunnel vision of the most staggering proportions.”

In the mid-1990s, the Jessop investigation was handed to the Toronto Police Service, which launched a nine-member task force to re-examine all aspects of the murder.

The task force disbanded in 1998 after taking DNA samples from 325 potential suspects, most of whom were sex offenders with a connection to the Jessop family, the area she was abducted from, or where her body turned up.

According to Toronto Police, detectives did not interview Mr. Hoover before his death in 2015.

A private investigator who worked for Mr. Morin from his 1985 arrest through to his acquittal told The Globe and Mail that Mr. Hoover’s name never appeared in the voluminous police reports provided to Mr. Morin’s defence team. “I can say without hesitation that this guy was never on the police radar,” Basil Mangano said. “When we applied for disclosure, we saw everything the police had so that we could explore other viable suspects. Something failed, because this guy never came up.”

That omission is baffling to Christine’s brother, Ken Jessop, who said Mr. Hoover’s close relationship with the family warranted examination. Mr. Hoover’s wife worked with Christine’s father and may have known Christine would be home alone the day she vanished.

“All the evidence was just so botched,” Mr. Jessop said.

Durham police spokesman Dave Selby said the force has no plans to review the case because most of the original officers are now dead. “However, if another inquiry were to be held," he said, “we would participate, of course.”

Toronto Police cold-case detective Steve Smith, the current lead officer, said the prolonged investigation suffered from being too narrow at the beginning.

“[Mr. Hoover] was close to the family, but he wasn’t examined at first,” he said. “When the investigation was later expanded to everyone and anyone, he kind of slipped through the cracks."

Det. Sgt. Smith said the investigation remains active despite the identification of a killer. “We have to figure out where and when [Mr. Hoover] was in certain places,” he said. “We have to create a timeline for him from the early 1980s, and maybe even the 70s, right up to his time of death. We have to ensure there are no other victims.” 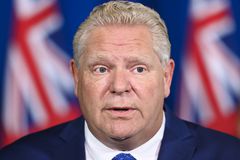 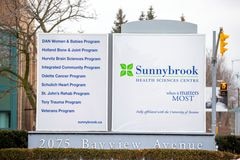 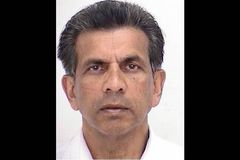