After secretly murdering seven patients in an Ontario nursing home, nurse Elizabeth Wettlaufer was fired for making medication errors but was able to keep working thanks to a union grievance and a job reference from her employer, newly released documents show.

Ms. Wettlaufer was fired in 2014 from the Caressant Care facility in Woodstock, Ont., where she had killed patients over seven years without being detected.

Documents tabled Tuesday at the start of the public inquiry into her case show how she managed to get other jobs, allowing her to murder one more person and attempt to kill two others.

After her dismissal from Caressant, she received $2,000 and a recommendation letter saying she had resigned for personal reasons. The severance and letter were part of a settlement she had reached with Caressant after grieving her firing with the support of her union, the Ontario Nurses’ Association.

“The union went to bat for me,” Ms. Wettlaufer told lawyers who interviewed her in prison last February. “Caressant Care, they had to seal my record, they gave me a monetary settlement, they gave me a letter of recommendation.”

Kate Hughes, a lawyer representing the Ontario Nurses’ Association at the inquiry, said the union knew only “a fraction” of what Caressant management knew about Ms. Wettlaufer’s transgressions.

She received the minimum severance, and the letter of recommendation was drafted by the employer, with no changes by the union.

Other records tabled Tuesday show that the College of Nurses of Ontario, a regulatory body, did not investigate Ms. Wettlaufer’s firing after Caressant said there was “no underlying issue or concern.”

In fact, by her own account, Ms. Wettlaufer struggled for years with mental-health issues and alcohol and prescription-drug abuse.

Arpad Horvath Jr., the son of her last murder victim, was shocked when he read the documents outlining how, after her firing at Caressant, Ms. Wettlaufer was hired at Meadow Park nursing home in London, Ont., and killed his father.

“It was just a giant cover-up,” he said in an interview. “Really? They’re going to do that? Keep her file sealed and not tell anybody and just pay her out? … My father might still be alive today [if not] for their screw-up. Yet nobody’s taking accountability. Nobody.”

The inquiry began with commissioner Eileen Gillese briefly choking up as she welcomed the victims’ families.

Hundreds of pages of records were then introduced, painting a picture of a nurse constantly in trouble with her employers.

She was fired four months into her first post, at Geraldton District Hospital, in Northwestern Ontario, after she said she tried to kill herself with stolen tranquilizers.

Her union filed a grievance on her behalf and her personnel file was changed to say she resigned for “health reasons.”

She was later employed by the non-profit agency Christian Horizons. She left in 2007, then tried to return but couldn’t get another job there because, she said, by then she was in a same-sex relationship.

So she applied at Caressant. Ms. Wettlaufer said there was no job interview. Helen Crombez, the nursing director, showed her around, talked about the duties “and then told me I was hired.”

During that time, Ms. Wettlaufer was receiving psychiatric treatments. She said in her jail interview that she could only handle her anger by fantasizing about killing. She started injecting patients with insulin, picking on those with dementia.

She said Ms. Crombez discouraged her from reporting a death as unexpected, which would have gotten a coroner involved. “We were told: No, if they’re in a nursing home, they need care, their death isn’t unexpected.”

She was fired in March, 2014, for a slew of medication errors.

Her settlement, reached in June, included a provision sealing her file “except where required by law.”

By the time the settlement was finalized, she had been hired by Meadow Park.

She admitted during her April 14, 2014, job interview at Meadow Park that she had been dismissed for making a medication error.

However, she named four people as references, including her Caressant supervisor, Sandra Fluttert.

“Ms. Fluttert indicates that EW is a good worker, very good with residents,” the Meadow Park notes say. Ms. Wettlaufer was hired the day after her interview.

That August, she injected her final murder victim, Arpad Horvath Sr., 75, with a lethal dose of insulin.

She then resigned and, by January, 2015, began working for Lifeguard Homecare, an agency that supplies staff to various facilities.

She had provided Lifeguard with the same references. Handwritten notes suggest that Ms. Fluttert told Lifeguard that Ms. Wettlaufer was “very caring … left due to personality conflicts but good nurse.”

Lifeguard assigned her to the Telfer Place retirement home in Paris, Ont. During an evening shift in early September, 2015, she tried to murder a patient, Sandra Towler.

She also made medication errors there. One nursing home even asked Lifeguard not to send her any more because she was caught eating the residents’ food.

Between June and August, 2016, she also worked for Saint Elizabeth Health Care, a home care provider, and tried to kill patient Beverly Bertram at her home in August.

Later that fall, on her own initiative, she checked into a Toronto hospital and confessed her crimes. 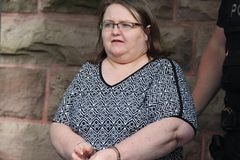 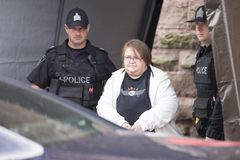 Follow Kelly Grant and Tu Thanh Ha on Twitter @kellygrant1 @TuThanhHa
Report an error Editorial code of conduct
Due to technical reasons, we have temporarily removed commenting from our articles. We hope to have this fixed soon. Thank you for your patience. If you are looking to give feedback on our new site, please send it along to feedback@globeandmail.com. If you want to write a letter to the editor, please forward to letters@globeandmail.com.
Comments