An internal task force has recommended sweeping changes to the way the University of Toronto handles mental health on its three campuses, including easier, one-stop access points for students, better triaging and a mobile, after-hours mental health response team.

In addition, the task force recommended improved training for staff and campus police, in particular to stop incidents where students seeking help have been handcuffed on the way to hospital.

The report focuses on system-wide recommendations and early intervention strategies. It does not delve into the causes and responses to a series of suicides on the campus. The only reference the report makes to suicide – beyond a paragraph on statistics that identifies suicide as the leading cause of death among Canadians aged 15 to 24 – is a recommendation that the university develop a “transparent protocol” for sharing information about suicides when they occur.

The task force report follows months of protests by students about the way the university handles suicides and mental health issues. Students raised the issue of long wait times for counselling, as well as their frustration with a lack of communication in the aftermath of a suicide.

The university said in its official response to the report that it will accept all the recommendations, including releasing information about the process following a suicide “shortly." In an interview, University Provost Cheryl Regehr said the protocol would not differ from previous practice given the school has to respect the privacy of the student, a grieving family and share information in a way that “conveys caring but doesn’t create contagion.”

To begin implementing recommendations, the university announced a new partnership with Toronto’s Centre for Addictions and Mental Health, including expert guidance on redesigning services and standardizing mental health training on campus.

Students interviewed on campus Wednesday said they were optimistic about the recommendations, particularly those that addressed wait times for counselling.

“If you ask for an appointment, you might not get one for months,” said Zara Ahmad, a neuroscience student and founder of the campus group StrengthIN, which hosts free workshops on coping skills and academic stress.

Others said the university has taken too long to act.

“I don’t think enough people are giving [the school] credit for what they’re trying to do, but it’s shocking and disgusting that it’s taken this much time to do it,” said Anson Sathaseevan, a master’s student in molecular genetics. “If there’s a student suicide, I don’t want to pretend like it didn’t happen.”

The task force began consultations last July, but its work took on further urgency in September, 2019, when a student died from suicide in the Bahen Centre for Information Technology on the university’s St. George campus. It was the third suicide in 18 months at that location, and the university faced criticism for not installing barriers on upper, open spaces in the building. (The University installed temporary barriers in October.) Students staged a sit-in to protest long wait times, limited mental health resources and what they saw as the university moving too slowly to address a “life or death” issue.

The task force was composed of a small team of students and faculty, and chaired by the university’s Dean of Medicine. Its findings are based on student and staff consultations, as well as an online survey and on-site interviews with the staff at mental health locations.

In its response, the university announced a multimillion-dollar renovation to the health services facilities in the Koffler House on the St. George campus, the university’s main student centre. Prof. Regehr said the university will also continue funding a program that pays for renovations and upgrades to unused and unattractive locations of the campus.

A key recommendation by the task force is to improve “stepped-care” treatment for students – an evidence-based practice in which students with milder symptoms are directed to services such as online resources, while those with more severe conditions get more intensive care.

The task force noted that counselling appointments have increased by nearly 30 per cent in the last six years, but suggested that simply hiring more staff would not resolve backlogs, without also creating a more centralized system.

While university counsellors are seeing more complex cases, the report said, most students seeking support “are reaching out for early intervention to deal with stress and life issues.” These students should have easier access to wellness programs, peer support and skills-building workshops. The task force report also noted that mental illness is still “perceived as a weakness, something you do not speak about, and a barrier to success” at the university – and proposed more work to reduce stigma.

“These are really complex issues, and universities can’t address them on their own,” said Prof. Regehr, of the formalized partnership with CAMH. She said the university will bring together experts from different faculties and CAMH to work specifically on solutions to youth mental health.

The university’s response noted that some of the task force’s recommendations have already been implemented – including a pilot project for a sick note policy that doesn’t require a doctor’s sign-off, and drop-in counselling during exam periods in 2019. 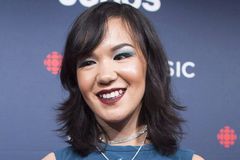 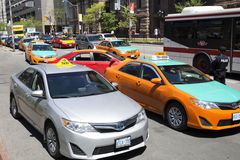 Follow Erin Anderssen,  on Twitter @ErinAnderssen
Report an error Editorial code of conduct
Due to technical reasons, we have temporarily removed commenting from our articles. We hope to have this fixed soon. Thank you for your patience. If you are looking to give feedback on our new site, please send it along to feedback@globeandmail.com. If you want to write a letter to the editor, please forward to letters@globeandmail.com.
Comments