The roads meet in a near-perfect cross, straight lines intersecting in the vast patchwork of Saskatchewan prairie; Highway 335 stretching east to west between Gronlid and Arborfield, Highway 35 running north to south from Nipawin to Tisdale.

At 5 p.m. on Friday, the intersection was cold, sunny and bright. The Humboldt Broncos bus was moving north with 29 people on board, the semi-trailer heading west, its lone driver carrying a load of peat moss to Alberta. The intersection already bore a line of white crosses, marking six lives lost there in a crash 21 years ago.

What caused the bus and the semi to collide in the intersection on late Friday afternoon is not yet clear, and will be the subject of extensive investigation in the days, weeks and perhaps months to come.

News photographs show both vehicles obliterated by the impact, the bus torn open and emptied like a shell, the semi on its side, its cab somewhat intact but its body twisted, the packaged cubes of peat moss it had been carrying scattered far into the fields.

The bus, travelling north, would have had the right of way; the semi, a stop sign. 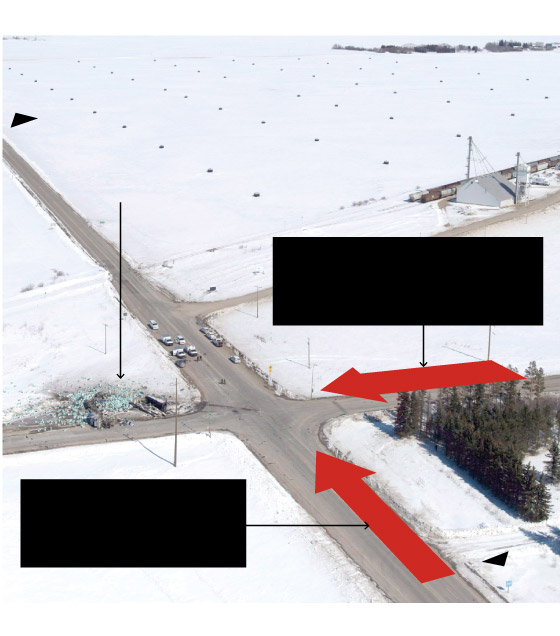 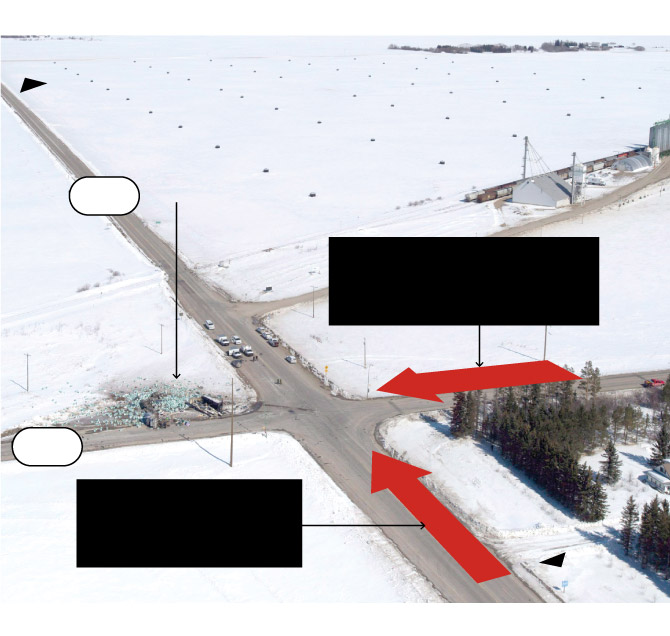 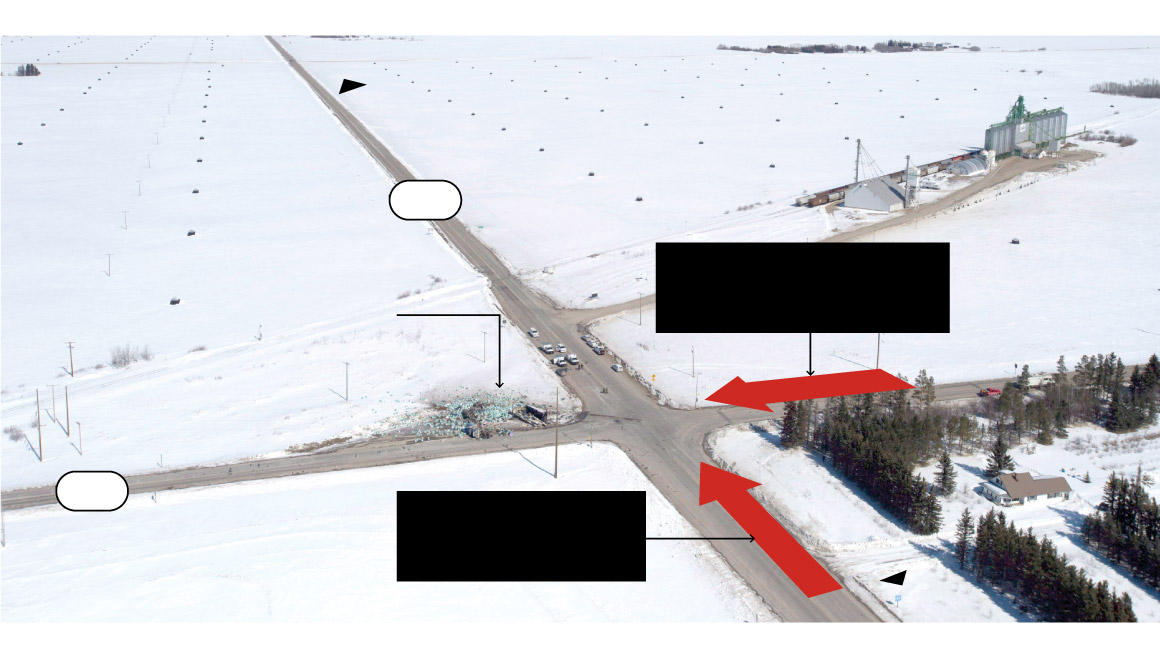 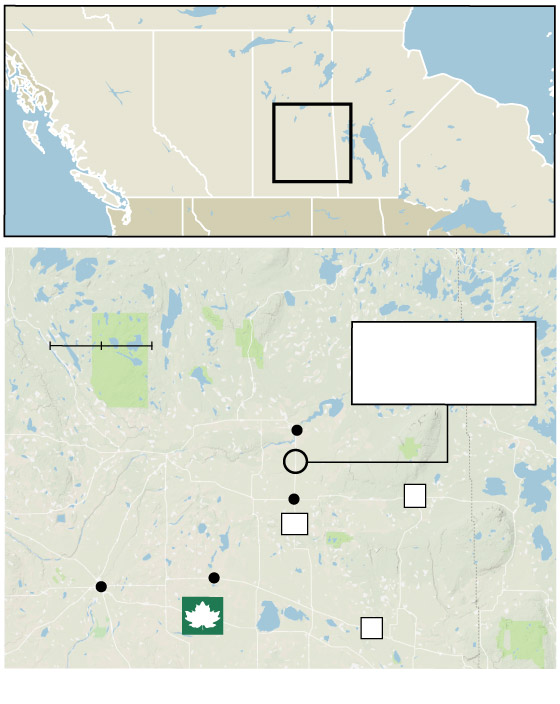 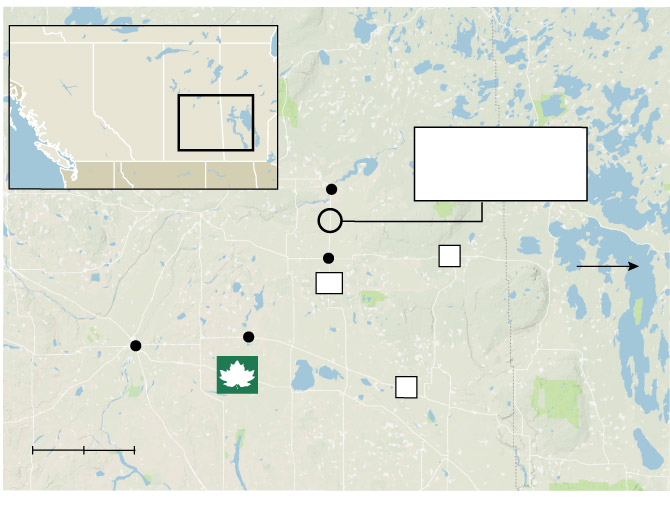 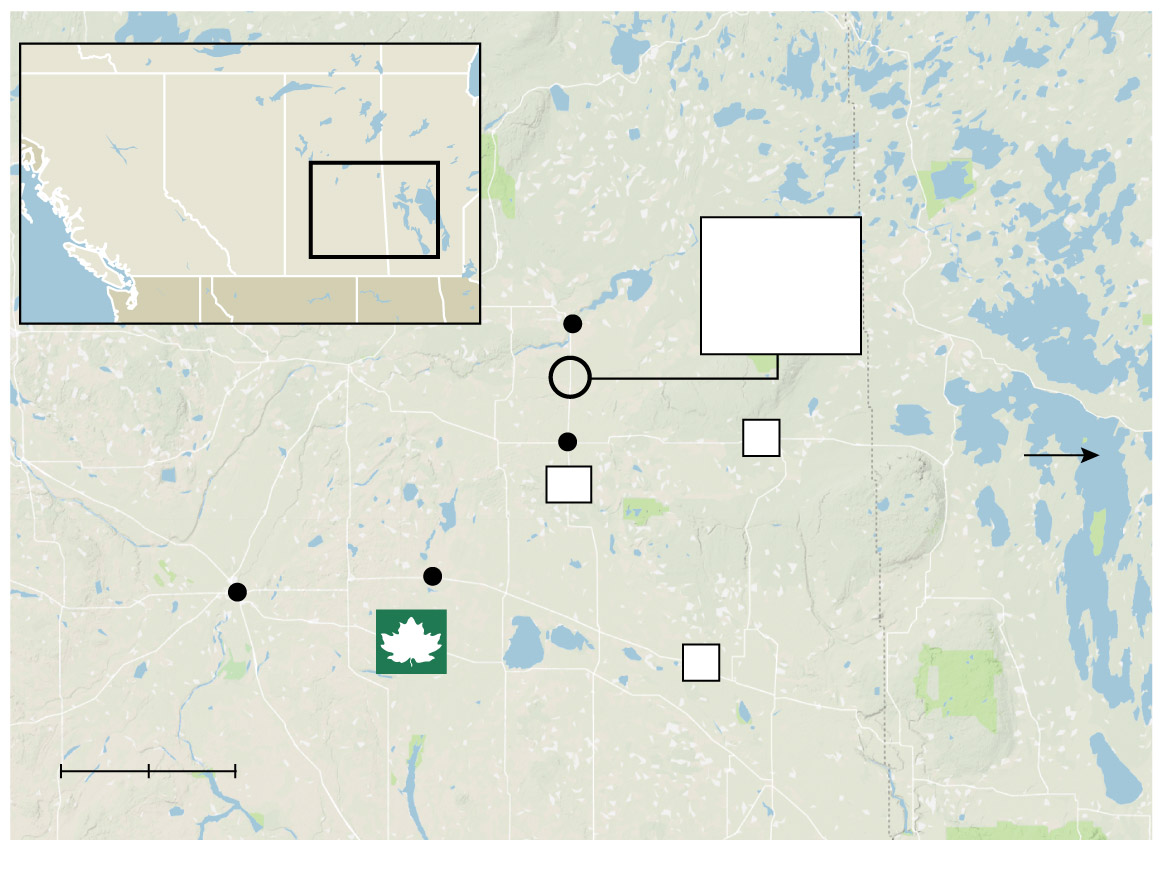 Kim Calfas, a retired police officer and collision reconstructionist in Regina, said investigators have a huge and complex task before them as they work to determine what happened.

“The obvious thing is that [the semi] had a stop sign, but that’s all you know,” he said. “It may in the end turn out to be fairly straightforward, but it’s a long road to get there and make sure that’s the case.”

He said investigators will examine all of the factors and circumstances leading up to the crash, considering everything from the weight and speed of the vehicles, to the surface of the roadway, the position of the sun, and the vitally important “human factor,” which could be anything from a moment of inattention to a medical or impairment issue, or a simple mistake.

“It’s a huge process,” he said. “Everything you can possibly imagine, the question has to be answered.”

Marc Beland, a spokesman with Premier Tech, confirmed on Sunday that the semi involved in the crash had been hauling a load from his company’s facility in nearby Carrot River. Premier Tech doesn’t have its own truck fleet, and Mr. Beland declined to identify the driver or contractor involved, but to say that Premier Tech is working with investigators and wants to support the community any way it can.

Locals call the intersection the Armley Corner, and have been keenly aware of its danger since a couple, their three young daughters and a relative were killed at the same intersection in 1997. In that case, Roderick and Terri Fiddler, their daughters, Jocelyn, Jasmine and baby Kassandre, and Mr. Fiddler’s sister, Wendy, were killed after their truck went through the stop sign on Highway 335, and was hit by a semi travelling south from Nipawin.

Wendy Fiddler’s son, Dylan Fiddler, was not travelling with his mother and relatives at the time. As a teenager raised by relatives in the area after her death, he passed through the intersection in a hockey bus two or three times a week with Carrot River’s Junior B team, the Tri-Town Thunder, now called the Carrot River Outback Thunder.

``You almost want to drive with your eyes closed through that corner,” said Mr. Fiddler, who now lives in Ontario. “It’s not a very enjoyable place to be for myself, anyway.″

He said Friday’s crash “hit home maybe more than others can imagine.”

Lloyd Staples, a farmer who has lived a kilometre south of the intersection for 44 years, says he’s seen people run through it many times, though the intersection marked with flashing stop signs and lit at night.

He speculates there’s too much going on, with two train crossings, the road to the Cargill grain depot, foliage near the highway in one spot, and the meeting of two very busy highways.

“I always watch that corner. I’ve had some close calls there, too,” he said. “That’s a bad corner.”

Mr. Staples said his first thought, hearing news of the crash, was “Oh no. Not again.”

Ian Boxall, who lives about 8 kilometers from the scene and is a councillor with the rural municipality, said he’ll be lobbying for changes at the intersection.

“I don’t know if it’s going to require lighting and signs further back or what, but obviously it needs something,” he said.

On Sunday morning, the RCMP reopened the Armley Corner intersection to traffic. Officers were the first to lay flowers, a spray of vivid yellow beside the intersection of two Saskatchewan highways, meeting like a cross in the midst of a vast prairie.