More • Common questions answered • Need help? Here’s who to call • Behind the story

Even as Marie Morin lay wincing on her cousin’s couch, struggling to breathe after being badly assaulted by her boyfriend, she refused to call police.

Multiple times, the 46-year-old showed up on the doorstep of Sue Caribou’s Winnipeg home with a black eye or a fat lip.

After this worst occasion, in May, 2020, Ms. Caribou had to prop pillows underneath her cousin’s elbow to ease the pain of broken ribs. She sat up that whole night to keep an eye on Ms. Morin’s breathing.

Even in the days that followed, Ms. Morin did not want the police involved.

“She didn’t feel safe reporting anything to the police,” Ms. Caribou said, noting that her cousin, a Cree woman from Granville Lake, Man., saw the authorities as being there to punish, not protect. Her abuser was white, Ms. Caribou said, and she assumed police wouldn’t believe her allegations.

Ms. Caribou tried contacting shelters on her cousin’s behalf, but says there was always a wait list. Ms. Caribou pleaded with Ms. Morin not to go back to her boyfriend, but believes she felt she had no choice.

Her cousin had an alcohol addiction, she says, and the man used that to manipulate Ms. Morin.

“This guy is gonna end up killing you one day, and I’m scared for that,” Ms. Caribou remembers warning her.

Brandon Carl Starnyski, 45 – who had prior assault convictions against Ms. Morin, and was bound by a protection order to stay away from her – was charged with second-degree murder. He pleaded guilty in March and was sentenced to life in prison with no chance of parole for 10 years.

In her reluctance to call the police, Ms. Morin represents the vast majority of domestic violence victims: Only 20 per cent reported their abuse to police in 2019, according to a survey released last year by Statistics Canada.

There are many reasons for this hesitation and mistrust. Some groups – Indigenous women such as Ms. Morin, for example – have faced historic and continuing discrimination by police. A recent report into Canada’s national police force, for example, found that “the RCMP … is regularly violating the human rights of the women it employs and the women it is intended to protect.” And a 2021 report by the Southern Chiefs’ Organization concluded that “racism in Manitoba’s policing system is commonly experienced and the impacts of such racism on First Nation citizens is substantial.”

Some survivors fear they won’t be believed. Others worry about their partners being removed from the home, causing economic upheaval. Women are told that calling police is going to be the answer, said Angela Marie MacDougall, executive director of Battered Women’s Support Services (BWSS) in British Columbia. “But a significant portion – and in fact, the majority – of victim survivors aren’t going to call police. Full stop, they’re just not going to call them.”

Many women who do report their abuse often say they felt revictimized by police officers or the courts. As a result, experts, survivors and front-line workers argue that a system involving police as the primary respondents to domestic violence is deeply flawed.

An inquest is under way in Ontario into the 2015 triple homicide of Carol Culleton, 66; Nathalie Warmerdam, 48; and Anastasia Kuzyk, 36, all killed by a man they had previously been in a relationship with. Ms. Warmerdam’s daughter Valerie testified last week that she believes her mother’s decision to involve police only spurred Basil Borutski to seek lethal revenge. “I’m under the impression that the exes he didn’t kill are alive today because they didn’t look for charges,” she told the inquest.

Even though Mr. Borutski had a history of violence – with convictions for domestic violence against both Ms. Warmerdam and Ms. Kuzyk – psychologist Peter Jaffe testified that “the victims were left having to manage their own risk for the most part.”

During the six years Cary Ryan spent as a constable with the West Vancouver Police Department, domestic violence complaints were regarded as “nuisance calls” that officers dreaded responding to, she says, because they were messy, complex and time-consuming.

These situations consistently took up a good chunk of her shifts, but she only had minimal guidance in how to handle them – at most a couple of hours in her nine months of police training. She recalls one time when she and her partner responded to a domestic violence call at a house party. Their supervisor told her to spend no more than five minutes defusing the situation. They left before it was resolved, and the man later attacked his partner. She survived, but the case still haunts Ms. Ryan 12 years later.

Today, Ms. Ryan is a social worker on the East Coast. There, she and Nancy Ross, assistant professor of sociology at the University of Dalhousie, interviewed dozens of survivors of intimate partner violence to understand their interactions with police and the criminal justice system.

Their research shows that the push to criminalize domestic violence in the 1980s and 1990s has, to some extent, backfired. The “pro-arrest, pro-prosecution, pro-charge policies” have resulted in many survivors feeling revictimized by their interactions with authorities, they found. For example, a victim may rely on their abusive partner’s income to keep their home or raise their kids; a criminal record could compromise that financial stability. Some may fear their children will be taken away by child protection services, or that their immigration status could be affected. In other cases, victims can end up charged themselves if they fight back in self-defence.

“When you reach out to the police, the ideal response you want is for the violence to end, and to set up a mechanism of support,” Dr. Ross says. “But often people found the opposite, resulting in further harm to themselves and their families.”

These concerns are only amplified for Indigenous and other racialized women, who are disproportionately punished by the justice and child welfare systems.

Despite the vast underreporting by victims, intimate partner violence represents almost one-third of all police-reported violent crimes across Canada. And yet the urgency of the issue is not reflected in the training provided to officers, and fluctuates from province to province.

At the Ontario Police College, for example, five of the 240 sessions that make up Basic Constable Training are dedicated to intimate partner violence, for a total of 7.5 hours. In 2017, the college added an optional specialized five-day Domestic Violence Investigation course.

Other provinces – including Manitoba, New Brunswick and Newfoundland – do not have any standardized requirements for police training.

Communication policies around intimate partner violence and homicide cases also matter. After a domestic homicide, for example, police often issue press releases reassuring communities that there is “no risk to public safety.” The line is meant to convey that there is not a serial killer on the loose. But it perpetuates the idea that these killings are one-offs, rather than part of a societal problem, says Myrna Dawson, a professor with the University of Guelph and the executive director of the Canadian Femicide Observatory for Justice and Accountability. Police have the opportunity to raise awareness about the lethality of domestic violence, she says. But frequently the relationships between victims and killers are kept secret. Even names are withheld.

“When they continue to refer to these deaths as ‘domestics,’ or say the public is not at risk, the problem is individualized and made invisible,” she says. 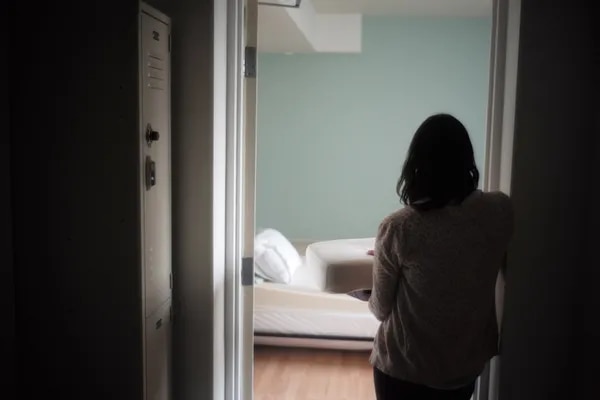 This story is part of a continuing Globe and Mail project looking at the root causes of intimate partner violence. Learn more here.

In Peel Region, the police force’s new domestic violence unit has deliberately set up shop away from any police stations, as part of a community resource hub dubbed the Safe Centre.

Here, officers – who receive specialized training on specific topics such as strangulation and child interviewing – wear plain clothes, and interview rooms are decorated to have a homey rather than institutional feel.

The goal is to make women and families feel more in control than they would in a traditional police station, where reporting violence is a largely transactional experience that can feel unfamiliar and intimidating.

“The way it’s done in the majority of the country is, ‘Let’s take a witness statement. I’m going to get what we need … off you go. Have a good day, Here’s a pamphlet and call us if he breaches,’” said Nick Milinovich, deputy chief of Peel Regional Police. “That’s a problem.”

In the year since its launch, the unit has grown to become one of the service’s largest and most diverse investigative units, and he believes it’s one of the largest domestic violence units in the country.

The intimate partner violence unit does not do emergency response, however, and uniform officers who respond to those urgent calls are not all equipped with the same specialized training.

But there are nascent signs of progress, Deputy Chief Milinovich says. For one, their strangulation charge rate has risen exponentially, he said. And they are also seeing an increase of historic reporting by victims.

Other jurisdictions around the world are experimenting with ways to decentre the police.

California, for example, passed a bill in 2021 to fund pilot projects that bypass police and instead involve other professionals, such as health care workers, in domestic violence interventions. This was after three-quarters of domestic violence survivors reported being unhappy with their interactions with police.

Some Canadian experts believe the same approach should be taken here. In British Columbia, Ms. MacDougall of Battered Women’s Support Services has worked closely with police services since the 1990s. BWSS helped create a province-wide policy for officers responding to domestic violence calls, and also consulted when the first specialized domestic violence unit was set up within Vancouver Police.

But she still feels that the police do more harm than good in the realm of domestic violence. Thirty years later, her staff continues to spend “too much time, frankly, on holding police accountable to do their jobs.”

“It’s at least 25 per cent of our work,” she said, “just managing the police response, and dealing with the problems that come with it.”

She no longer thinks reform is the solution. “We put a lot of energy into that work, and it hasn’t paid off.”

How to call for help

Intimate partner violence: More from The Globe and Mail

What does 'coercive control' look like? Watch to learn about the dangerous tactics abusive men sometimes use, and how it can lead to physical violence.

Elizabeth Renzetti spoke with The Decibel about the debate around whether to criminalize coercive control. Subscribe for more episodes.

More from the series

Where is Canada’s national action plan to end gender-based violence?

To end violence against women, Canada needs to focus on men

Overwhelmed and underfunded, women’s shelters say without overhauling the system, they risk turning away more survivors