A group of Inuit women gather around a table over cups of coffee and speak to each other in a language that is expected to vanish over the next two generations.

The women live in Cambridge Bay in western Nunavut. They’re speaking Inuinnaqtun, a dialect of Inuktut, while recording a podcast for the Kitikmeot Heritage Society as part of its campaign to preserve and protect the endangered language.

The heritage society says there are fewer than 600 people left who speak Inuinnaqtun fluently and it’s on UNESCO’s list of endangered languages.

Inuinnaqtun is spoken mainly in Cambridge Bay, Gjoa Haven and Kugluktuk – all in Nunavut – and in Ulukhaktok, N.W.T.

Pamela Hakongak Gross, the society’s executive director, says the language is at a critical point where, if it isn’t protected, it will be lost.

“It’s really heartbreaking to think that it could be a possibility. None of us, as Inuit, want to see a language die. It’s a part of who we are. Without our language, we don’t have our culture,” Gross says.

It’s the heritage society’s 25th anniversary this year and keeping Inuinnaqtun not only alive, but getting it off the endangered list is the priority for the next 25 years, Gross says.

To do that, the society hopes to raise $250,000 over the next year to support language preservation programming in all four communities.

One of those programs pairs a fluent speaker with someone who doesn’t speak the language for 300 hours of Inuinnaqtun immersion each year. The program only operates in Cambridge Bay, but the society hopes to expand it to the three other communities.

“Predominantly, there’s a lot of elders that are unilingual and there’s been language barriers between the younger generation and older generations that may not have been exposed to or learned Inuinnaqtun,” Gross says.

“We want to see our language thriving and have our communities be immersed in it.”

Another program works to document Inuinnaqtun through annual language workshops with elders, fluent speakers and language specialists to record vocabulary.

For Inuit, the fight to preserve language in not new. A 2016 report from Statistics Canada said the number of Inuit who reported Inuktut as their mother tongue dropped to 65 per cent from 72 per cent between 2001 and 2016.

Colonization and intergenerational trauma have contributed to the loss of languages across Nunavut, including Inuinnaqtun, Gross says.

“Our language, because of colonization and the impacts of residential school and other colonial impacts, has been on the decline.”

Reclaiming and retaining the language is at the heart of healing for Inuit, Gross says.

“It’s critical to keep that going strong with our language. It’s a lot to work for, but we have to keep going.”

Although Inuinnaqtun refers to the dialect of Inuktut, it also means to think, create and practise like an Inuinnaq, or a human being.

Gross says she is hopeful that through collective effort, Inuinnaqtun will see a resurgence in the next 25 years.

“The more that we speak about it and talk about it in our communities and share why it’s crucial, especially with each different generation, the more everyone feels that sense of pride for our people.

“We need to keep passing on the tradition and the language because one is embedded in the other.” 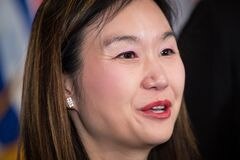 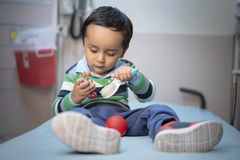 Virtual Visits: Indigenous Language Reclamation During a Pandemic
March 15, 2021
Report an error
Due to technical reasons, we have temporarily removed commenting from our articles. We hope to have this fixed soon. Thank you for your patience. If you are looking to give feedback on our new site, please send it along to feedback@globeandmail.com. If you want to write a letter to the editor, please forward to letters@globeandmail.com.
Comments