The crash of an airliner outside Tehran cut a deep wound across Canada’s Iranian community – ending promising academic careers, taking the lives of new immigrants, and ripping apart families who were already nervously watching a deepening conflict between their home country and the United States.

In Alberta, about 30 people were believed to be among the victims, including professors, students and staff at the University of Alberta. A community leader in Edmonton noted that about 1 in every 100 Iranians living in the city were on Ukrainian International Airlines Flight 752, many returning home from visiting family for the holidays.

Prime Minister Justin Trudeau said 138 people with connections to Canada, including at least 63 citizens, were killed. It is the largest Canadian death toll in an air disaster since the 1985 Air India bombing, in which 280 citizens or permanent residents died.

Details about the victims painted portraits of talent and academic achievement. Canada has a reputation for welcoming Iranian immigrants and students without the hurdles and sanctions they might face in the United States. Those killed include a leading expert in wireless technology, and a researcher in artificial intelligence. Engineers and teachers. Dentists and doctors. A high-school student. A young family. Newlyweds.

Reza Akbari, the president of the Iranian Heritage Society of Edmonton, said the impact will ripple far beyond the Iranian diaspora.

“It is heartbreaking,” he said. “The doctors, they have patients that can be anybody, regardless of their background or their culture. The university professor, he passed on education to anybody – students from all cultures and backgrounds.”

Mr. Akbari said his group and others were scrambling to plan memorial events later in the week. A small vigil was held on Wednesday evening on the front steps of the Alberta legislature. With the temperature hovering around -20, people lit candles to remember the victims. Many of them knew at least one person who died in the crash. Some held each other, crying. Others, whose families are still in Iran, came to find support among the tight-knit community.

The worsening security situation in the region would have been top of mind for the passengers of the flight. Just hours earlier, Iran had fired 15 missiles at a pair of military bases in Iraq that housed U.S. forces – an attack that was retaliation for a U.S. drone strike that killed an Iranian military commander.

Payman Parseyan, a former president of the Iranian Heritage Society of Edmonton, said Iranian-Canadians were following the situation closely, particularly those with family in the region. Mr. Parseyan said he was watching coverage of the conflict on Tuesday evening when news of the plane crash broke.

Ghanimat Azhdari, 36, a member of Iran’s nomadic Qashqai tribe who was a Phd student at the University of Guelph, also died. In an e-mail to her PhD supervisor, Faisal Moola, just before she left, she brought up the Middle East tensions.

“Everything in Iran is safe, secure and normal,” Ms. Azhdari wrote. “There is just news full of menace from both sides and we hope for peace in 2020 in the region as well as the world.” She told Dr. Moola she would be landing in Toronto on Wednesday afternoon. He was going to pick her up.

Her research focused on supporting Indigenous people in protecting their traditional territories and the environment – work that Dr. Moola said made her a bridge-builder.

“[She] has this ability to move between two different worlds just absolutely seamlessly,” Dr. Moola said.

The impact on Canada’s university community was apparent immediately. Several schools confirmed faculty members or students were among the dead, and paid tribute to their achievements.

The University of Alberta’s president, David Turpin, was close to tears as he grappled with the scale of the loss, which he said would take years for the school to recover from. “Words simply cannot express the grief we are feeling on campus." The University of Toronto’s president said the campus is heartbroken. In Halifax, Dalhousie University’s provost, Teri Balser, said the school must come to terms with “a world that sometimes feels capricious and unsafe.”

The crash hit the academic community particularly hard because grad school is one of the main channels for Iranians coming to Canada, said Mohammad Keyhani, an associate professor at the Haskayne School of Business at the University of Calgary who is from Iran.

“Grad programs usually have funding,” said Dr. Keyhani, whose research focuses on entrepreneurship and strategy. “That’s often the only way they can afford to study in Canada.”

Trips back to Iran when school is out are common. Dr. Keyhani and his wife, Safaneh Neyshabouri, also a U of C instructor, nearly booked a trip back this year.

But they decided the long flight would be too difficult for their three-year-old son. “It’s horrifying,” said Dr. Neyshabouri, who teaches women’s and Muslim studies.

The passengers included at least one Canadian who was not supposed to be on Ukraine International Airlines Flight 752.

Asgar Dhirani, who was in Iran leading a religious tour of Shia Islamic shrines with his wife, Razia, was rerouted because his initial flight was full. His wife arrived in the Greater Toronto Area on Wednesday as scheduled, said daughter Rehana Dhirani.

Mr. Dhirani, a 74-year-old semi-retired accountant, was joined on the flight by two women who were part of his tour: Afifa and Alina Tarbhai, a mother and daughter from the GTA, according to Mr. Dhirani’s family.

The Tarbhai family was too distraught to speak about their deaths, said a man who answered the phone at the elder woman’s home in Aurora.

The family, which immigrated to Canada in 2010, opened presents on Christmas Day before Dr. Eghbalian and their daughter, Reera flew out that evening. They were expected back on Wednesday.

He said they hadn’t been home to visit relatives in about two years and were excited to attend a family gathering. “In the last moment, I hugged my daughter and we cried a little bit,” Dr. Esmaeilion said.

He is now heading to Tehran with a hope of finding answers about what happened. 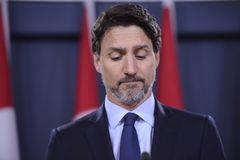 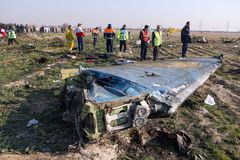 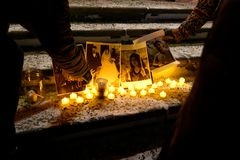