The familiar voice fills the living room overlooking Bras d’Or Lake as if from another dimension. It’s a low chant sung in Mi’kmaq, crisp with consonants, rising and falling to the tempo of Itsy Bitsy Spider, then tapering to a near whisper.

The recording plays while 16-month-old twins Paisley and Mya toddle into the arms of a circle of aunts and cousins, digging into their purses and flashing toothy grins. They are everyone’s babies now.

“It’s the way we were raised,” says grandmother Mona Bernard. “In my culture, there’s no such thing as an orphan. There’s no such word in our language, only the Mi’kmaq word sitnaqn. It means that the child is growing up without the mom but with love.”

The twins are still unaware of the tragedy that will burden the rest of their lives: Their mother, 22-year-old Cassidy Bernard, was killed, and they are victims of a crisis centuries in the making. Some day they will learn what happened – and the root causes behind their mother’s death, too.

Released in June, the final report of the National Inquiry into Missing and Murdered Indigenous Women and Girls revealed how colonialist structures have led to the persistent and deliberate violation of human and Indigenous rights. The report can be seen as the backdrop to the tragedy that befell Cassidy and her family in the back bedroom of this beige bungalow last fall.

The youngest of four sisters and two brothers, Cassidy grew up on a nearby First Nations reserve. It’s home to many residential-school survivors and the site of federal government efforts to relocate the Mi’kmaq people of Cape Breton Island in the 1940s. Growing up was hard, Cassidy’s sister Tyra Denny explains. The community was rife with physical and sexual abuse, alcoholism and violence, so the sisters were protective of the smallest and prettiest among them. “We didn’t want no one bothering her, touching her,” Tyra says.

Cassidy’s life was full of potential. Smart and sassy, with wavy hair and gold-flecked brown eyes, she excelled at speaking and writing Mi’kmaq, ranking top of her class in high school and winning second place in a national science fair for a translation app. Accepted to three universities, she was excited to attend St. Francis Xavier University, but midway through her first year, a breakup with her childhood sweetheart sent her into a depression and she moved back home. Soon after, she fell into a pattern of drug abuse and wound up in a relationship with a man her family was wary of.

But when Cassidy heard two heartbeats at the local clinic, she cried with joy, her sister Reneé Denny recalls. The twins were born healthy on April 28, 2018, by emergency C-section, and she raised them with the help of Mona in the house on the hill. The baby’s father, who lives in another community, sometimes stayed, too – until he and Cassidy had a falling out.

In mid-October last year, Mona left home for a few days to visit family. Upon her return, she came up the steps the morning of Oct. 24 and immediately knew something was off. Cassidy hadn’t answered calls or responded to texts. The door was still locked in the middle of the morning, and the house was silent.

At the end of the hall, she discovered her daughter in bed. She was tucked in, seemingly propped up, with makeup on. Her skin was cold. The six-month-old twins lay motionless in their cribs, and Mona thought they, too, were gone – until she saw Paisley’s brown eyes track toward her. The babies were soiled and dehydrated. Too weak to cry.

It took the RCMP seven months to finally rule what everyone on the reserve already knew: Cassidy had been killed.

Forty-four Indigenous women were murdered last year, the second consecutive annual increase, according to Statistics Canada data released in July. The numbers also reveal a troubling inequity: While Indigenous people make up 5 per cent of the country’s population, they account for 22 per cent of homicide victims. The report attributes such staggering rates of violence to the effects of colonization: trauma, social and economic marginalization and a loss of language and culture. It said the absence of all these murdered women creates a ripple effect that throws entire communities out of balance.

In the beige bungalow, Cassidy’s absence has meant a baseball bat at every door. A knife under the bed. Paisley, who the family surmises saw the most, bursts into tears when she hears a bang or a loud scream.

But there is strength and unity under this roof, too, among the many hands raising the twins. They diaper mid-romp. Dish up colourful plastic bowls of egg-fried rice. Sweep it off the kitchen floor minutes later. Sponge squirming bodies in the tub. Rock the girls to sleep. “If the shoe was on the other foot, I know she’d be here looking after my babies,” says Reneé, who spends almost two hours daily driving to the home to care for the twins with her own toddler and preschooler.

Tyra also dropped her life to help raise the twins, leaving her job as a youth and family counsellor and moving home from Fort McMurray, Alta.

Efforts to reach the twins’ father were unsuccessful.

The national inquiry report discusses how many Indigenous people are reluctant to reach out to police for help. When they do, it says, police show little to no awareness or understanding of the history and complexity of that relationship. Indigenous people are often viewed through a lens of pervasive racist and sexist stereotypes that ultimately blame them, especially girls and women, for the violence and difficulties they face. At the inquiry, RCMP Commissioner Brenda Lucki apologized to families and promised to do better.

The people of We’koqma’q, population 850, have been there for Cassidy’s family throughout. In the weeks after her death, band officials offered a $100,000 reward for information leading to a conviction.

Chief Rod Googoo says there are too many unsolved cases of missing and murdered Indigenous women and he wanted to make sure the people in his community feel safe and supported.

"We can’t just sit here, doing nothing, and let everybody else do the heavy lifting,” he says. “We want whoever is responsible brought to justice.”

The chief says the killing has also cultivated determination and commitment in his community to do better as people.

In mid-August, young people on the reserve painted signs that said “Justice for Cassidy” with images of red dresses – a symbol of missing and murdered Indigenous women and girls – and posted them around town ahead of the Nova Scotia Mi’kmaw Summer Games. An instructor from a nearby martial-arts school offered free self-defence classes for young women. Last fall, dozens marched across the causeway that connects the island to the mainland in memory of Cassidy and to raise awareness of other missing and murdered Indigenous women. Cassidy’s family called for additional police services in We’koqma’q and other First Nations communities in the provincial legislature, an issue raised in the report.

In the wake of the report and its 231 “calls for justice,” Cassidy’s cousin Annie Bernard-Daisley says it’s her duty to help implement them. She recently joined a committee run by a provincial non-profit advocacy group for Indigenous women and girls. “It’s up to us as women that these calls to action come to life,” she says. “Mya and Paisley and my three girls can live in a country where they don’t have to stand for this injustice any more.”

As for Cassidy and her case, the police will only say that the investigation is ongoing and complex, adding that they’re in close contact with the family.

But the lack of answers leaves Cassidy’s mother feeling stuck. Almost a year after finding her daughter’s body, she still doesn’t know how she died. She can’t move on and dreads having to tell the twins about their mom’s death, marring their innocence with this dark reality.

The recording of Cassidy singing Itsy Bitsy Spider will be a comfort, she says, something the girls can cherish. It’s embedded in a pair of teddy bears, a gift from a cousin for the twins’ first birthday. Cassidy recorded the nursery rhyme to help teach Mi’kmaq to young relatives. Now it’s one of the few things left of her.

Mona keeps the bears high up in a bedroom closet most of the time. She brings them out only to help tell Cassidy’s story, before returning them to the back bedroom. Without answers, the sound of her daughter’s little disembodied voice, rising and falling, haunts her like a ghost. 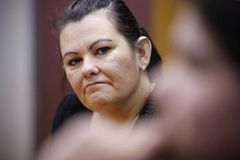 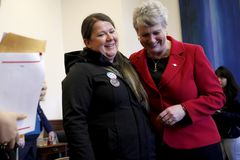 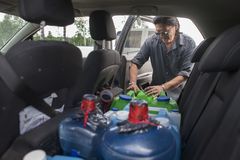