Jaspal Atwal, a B.C. resident who sparked a political storm after he attended a reception in India with Prime Minister Justin Trudeau, has been charged with uttering threats against a local radio host in Canada.

He allegedly made remarks outside a Punjabi radio station in the Vancouver suburb of Surrey, his lawyer Marvin Stern said in an interview on Sunday. “Mr. Atwal vehemently denies making any threats to this fellow,” Mr. Stern said. “It was a conversation outside, in the parking lot of the radio station.”

During Mr. Trudeau’s state visit to India in February, Mr. Atwal was photographed with the Prime Minister’s wife, Sophie Grégoire Trudeau, at a reception in Mumbai. Questions arose about how Mr. Atwal ended up on the guest list for the reception, overshadowing Mr. Trudeau’s trip.

“Mr. Atwal has answered any controversy over the governmental trip to India. That situation is long over and has nothing to do with this charge,” said Mr. Stern, whose client is alleged to have threatened the radio talk-show broadcaster on April 23.

After being arrested at home on April 25, Mr. Atwal made an appearance the following day in provincial court in Surrey, but “was released on his own recognizance without cash or surety,” Mr. Stern said.

Mr. Atwal’s next court appearance is scheduled for May 24. “If he doesn’t show up in court, he could be liable for $1,000,” the lawyer said.

In 1986, Mr. Atwal, then an advocate for the movement supporting an independent Sikh nation, was involved in an attack on a minister of state from India visiting British Columbia. He was convicted of attempted murder, sentenced to 20 years imprisonment and paroled after five years.

Mr. Atwal, who was born in 1955, retired after working at a lumber mill and in sales. He has said he visited India many times since his release from custody, most recently in 2017 and 2018, with a visa from the Indian government.

A spokeswoman for the Prime Minister’s Office said in March that Mr. Trudeau does not know Mr. Atwal: “The Prime Minister attends hundreds of events each year and meets with tens of thousands of people.” 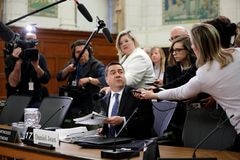 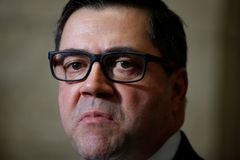 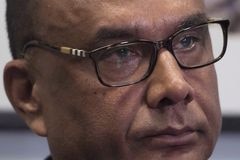