Before she began to work for Ontario Premier Doug Ford last year, Jenni Byrne’s reputation among many fellow Conservatives was in tatters.

Once the most feared staffer in Stephen Harper’s Ottawa, she was blamed for her management of the 2015 campaign in which the former prime minister lost power. More than that, she was resented for how she had treated people along the way, asserting her will from the top of government down to the riding level as she served as Mr. Harper’s enforcer and settled scores of her own.

In little more than a half-year as Mr. Ford’s principal secretary, Ms. Byrne reinvented herself as a source of calm professionalism within a chaotic new government – so much so that Friday’s announcement of her exit, apparently in favour of an appointment to the Ontario Energy Board, is eliciting cringes from some of the same people who so recently had no time for her.

It’s a nice redemption story. But, it’s also a worrying indication of what comes next for Ontario’s government, in what it tells us about how an internal power struggle played out.

After Mr. Ford led his Progressive Conservatives to victory last June, he put in place what some Tories described at the time as a two-headed monster to run his office. Dean French, a friend of the new Premier who served as his campaign chair, was named chief of staff; Ms. Byrne was appointed principal secretary.

A common assumption was that, titles notwithstanding, Ms. Byrne – with ample government experience and her reputation for enforcing discipline – would be in charge of operations. Mr. French, an Etobicoke businessman who had not been prominent in political circles for nearly two decades, would presumably serve as the Premier’s top adviser. But it didn’t work out that way.

Instead, Mr. French quickly established himself as the most powerful person in the government, save for (and by some accounts including) the Premier himself. Not only was he perpetually at Mr. Ford’s side, and squarely in charge of some of the government’s top policy files such as cannabis legalization, but he also abundantly signalled to political staff across the government that they answered to him. And Mr. Ford allowed Mr. French to take roles – participating in cabinet meetings and the powerful “priorities and planning” committee of a few senior ministers, sitting at the front of caucus meetings – that are highly unusual for anyone not an elected representative.

Meanwhile, Ms. Byrne seemed to recognize that her most useful function was to be a relative soft touch, and spent a good deal of her time trailing behind Mr. French trying to clean up messes. According to insiders’ accounts, that included trying to smooth things over with comparatively junior staffers, whom he has a habit of threatening and dressing down in front of one another. Along with other officials in the Premier’s office, she was also repeatedly stuck helping manage fallout from controversial decisions such as Mr. French’s meddling in hiring decisions of the province’s energy utilities, and the attempted appointment of Mr. Ford’s friend Ron Taverner as provincial police commissioner.

It was obvious by this past fall that Ms. Byrne had little interest in playing that role long term. Based on conversations with her allies, she seemed to hold out hope Mr. French would be gone before long.

She was not alone in that: The word “untenable” comes up a lot when discussing the chief of staff’s relationship with other Tories, and there was some effort late in the year by provincial ministers and staffers to test whether Mr. Ford would sideline him. Not long after, it became clear that a Premier known for loyalty to friends (and wary of people outside his immediate circle) had no intention of doing so, Ms. Byrne fled.

The soft landing place she has been given at the OEB suggests Mr. Ford and Mr. French can live with her departure. But, that doesn’t mean it won’t have consequences.

One of those is that, however little success she had trying to avert controversy, she was still the Premier’s Office’s highest-ranking advocate for relative professionalism. Now, a Premier and a chief of staff with no real previous experience in government, and an inclination to throw their weight around, will have one fewer person trying to steer them away from excesses in their execution of power.

A second potential consequence, which could further diminish moderating voices, would be accelerating an exodus of other staff. The work culture Mr. French has imposed is by few accounts a pleasant one, and many Tories seem to be weighing how long they have to stick around for their exits to be respectable. If they take their lead from Ms. Byrne, the answer is: not much longer.

Not that anyone expects Ms. Byrne to be out of politics too long. Her short time at Queen’s Park may even have facilitated an eventual return to the senior ranks of the federal Conservatives. But it should concern any Tories hoping for Mr. Ford to govern successfully that she evidently thought her reputation risked more harm than good if she stuck around longer. 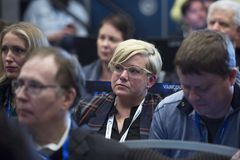 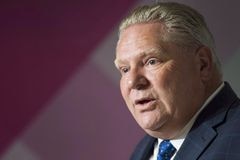 How Doug Ford needs to spend his holidays
December 7, 2018 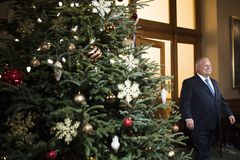