Zuhair Kashmeri called himself a “writer, editor, broadcaster, and dreamer.” Widely known simply as “Kash,” he was a tenacious, resourceful journalist who scored a rare interview with the late Palestinian leader Yasser Arafat, enraged Indian officials with allegations of interference in Canada’s internal affairs and once sparked a street protest with his reporting. Canadian authorities did not escape his scrutiny either.

In hundreds of articles for this newspaper over 15 years, Mr. Kashmeri covered crime, business and financial miscreance, the Middle East, his native India and the challenges Sikhs, Muslims and visible minorities face in this country.

He found Mr. Arafat in Baghdad in January, 1986, and sat with him for a two-hour interview for The Globe and Mail. It was a North America-wide scoop that resulted in three front-page stories. His articles were derided in letters to the editor, however, for failing to hold the Palestinian Liberation Organization leader to account for deadly acts of terrorism, and for depicting Mr. Arafat as a man who “delights in playing with children,” especially since the PLO’s casualties included children.

Notably, Mr. Kashmeri wrote extensively for this newspaper about the 1985 Air India bombing. On June 23 of that year, Air India flight 182 exploded over the southwest tip of Ireland, killing all 329 people aboard, including 268 Canadian citizens. A related bombing at Tokyo’s Narita airport at the same time killed two baggage handlers. Sikh extremists were suspected of carrying out the attacks.

His coverage of the bombing, which included suggestions that the Indian government was running an intelligence operation in Canada aimed at dividing the Sikh community, prompted a protest in front of The Globe and Mail’s Toronto offices in December, 1985.

Four years after the disasters, Mr. Kashmeri and fellow journalist Brian McAndrew explored the controversial subject further in their book, Soft Target: How the Indian Intelligence Service Penetrated Canada, which claimed that Indian spies had for years been engaged in a “devious and ruthless” operation to manipulate and destabilize Canada’s Sikh population.

India’s High Commission in Ottawa lambasted the book as “unmitigated trash,” the product of “a sick mind,” and in a colourful rebuke, said it threw “red herrings” and constituted “yellow journalism.” Then-external affairs minister Joe Clark would neither confirm nor deny the book’s allegation that three Indian diplomats had been expelled from Canada after they were caught spying.

Robert Matas, Ms. Kashmeri’s colleague at The Globe in 1980s, recalled a strong reporter who often filed exclusives, but encountered editors who were skeptical about his Air India stories, especially those about conspiracies involving the government of India. Although suggestions of Indian government involvement were never substantiated, much in his book about the infiltration of Canada’s Sikh community by Indian agents subsequently became accepted wisdom, Mr. Matas said.

Mr. Kashmeri’s work also triggered threats to his life. He and his family were placed under police protection for a time. He was harassed by callers, refused a visa to visit India and bluntly told that if he did go, he would not return alive. Indian secret service agents even interrogated Mr. Kashmeri’s aging and ailing parents in Bombay. Was the exercise worth it? “We both feel it was,” the authors wrote.

The volume’s second edition, in 2005, was subtitled The Real Story Behind the Air India Disaster, and detailed a botched investigation into the bombings by the RCMP and the Canadian Security Intelligence Service. Only a public inquiry would offer closure to the families of the victims, the authors argued presciently.

A year later, former Supreme Court justice John Major was appointed to conduct a commission of inquiry. His report, released in 2010, concluded that a “cascading series of errors” by the government of Canada, the RCMP and CSIS failed to prevent the attacks. Mr. Major had earlier rejected a request by the World Sikh Organization to call Mr. Kashmeri as a witness.

Mr. Kashmeri’s second book was 1991’s The Gulf Within: Canadian Arabs, Racism and the Gulf War, in which he explored racism directed at nine Arab and Muslim families in Canada in the wake of the first Gulf War. One incident he cited was bigots hate-calling every Hussein in the phone book.

Mr. Kashmeri, who died Dec. 21 in Niagara-on-the-Lake, Ont., of heart-related issues at the age of 72, was born in Bombay (now Mumbai), India, on Dec. 3, 1946. His father was the famous Bollywood screenwriter Agha Jani Kashmeri; his mother, Khursheed, was a social worker who focused on poor women.

Their son studied English and French literature at Bombay University. He earned diplomas in journalism from the city’s Siddhartha College and another from the London School of Journalism in England.

He began his career at The Indian Express, where he wrote explosive stories claiming that the government and police had conspired to under-report deaths in ethnic riots. His exposé on poor, young Muslim girls sold into slavery drew international attention.

In Canada by 1971, he was writing for a local newspaper in Brampton, Ont. When a train passing through caught fire, Mr. Kashmeri ran into a burning compartment to snap a photo from inside the inferno. As he fled, the train exploded. “He was always after that ultimate piece of the story,” his brother, Sarwar Kashmeri, said.

Fellow journalists recalled his toughness and professionalism. In an online condolence, retired Toronto Star columnist Haroon Siddiqui described “a dogged reporter with an independent streak [who] wouldn’t take orders easily from his editors at The Globe.” However, “I was most touched that this ‘tough’ reporter was sensitive enough to look after his father who had moved to Canada and was in bad health. That was a very Indian cultural thing, if you will.”

But Indian officials had long memories. In 1997, The Star was planning a special section to mark the country’s 50th anniversary of independence, and Mr. Kashmeri was invited to contribute. “Word soon reached me that the Indian consulate wanted his byline banished from the section,” former Star editor Kim Lockhart recalled online. “This led to much fuss over nothing because Kash delivered a fine story that hit the mark. ... He was a professional.”

Around 2000, Mr. Kashmeri began teaching a course called Covering Diversity at Ryerson University’s journalism school. “I like revolutionaries in the classroom and Kash was one of those,” recalled John Miller, emeritus professor of journalism who hired Mr. Kashmeri. “Ryerson students loved him.”

Mr. Kashmeri spent three years as senior news editor and writer at Toronto’s alternative weekly, NOW magazine, followed by stints at CBC radio and television, and at Toronto’s OMNI-TV, where he did one-minute commentaries. In 1998, he helped establish the e-business daily ebizChronicle.com. Until 2010, he was chief research editor at National Bank Financial.

Later in life, he did what many people in stressful jobs dream of: He and his wife opened and ran La Toscana di Carlotta, a bed and breakfast in Niagara-on-the-Lake, where, according to its website, he played “the traditional Indian role of being a consort to the innkeeper and looking after guests.”

Mr. Kashmeri leaves his wife, Carlotta Cattani; his children, Shamil and Shireen; their mother and his ex-wife, Hera Kashmeri; his brother, Sarwar; and four grandchildren. A celebration of his life is planned.

Journalist was called ‘the most trusted woman on TV’
Subscriber content
January 9, 2019 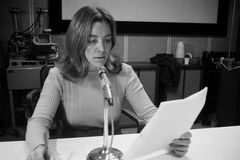 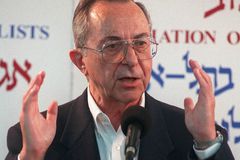