Black Canadians who are convicted of crimes should not automatically receive the same special consideration in sentencing as Indigenous offenders, a judge ruled on Monday.

But in sentencing Jamaal Jackson, 33, on a gun charge, Ontario Superior Court Justice Shaun Nakatsuru encouraged Canada’s judiciary to give thorough consideration to how racial discrimination may have contributed to the criminality of individual black offenders before them.

He then took that history of discrimination − including slavery, which ended in Canada in 1834 − into account in sentencing Mr. Jackson. Although he might appear to be a “caricature” of a hardened criminal, Justice Nakatsuru said, racism and the hardships Mr. Jackson had faced as a black young man had shaped his choices in life. The judge said he believes Mr. Jackson can be rehabilitated.

Although Justice Nakatsuru did not go as far as Mr. Jackson’s lawyers had urged him to − by making special consideration mandatory − his ruling reinforces a trend in which criminal-court judges, particularly in Nova Scotia and Ontario, have taken into account racism suffered by black Canadians.

“I find that for African Canadians, the time has come where I as a sentencing judge must take judicial notice of such matters as the history of colonialism (in Canada and elsewhere), slavery, policies and practices of segregation, intergenerational trauma and racism both overt and systemic …,” the Toronto judge wrote in his ruling.

Judicial notice means judges have accepted something as a fact that offenders do not need to prove. “These social and historical facts are beyond reasonable dispute,” he said, adding that judges have the authority to order that a sentencing report be prepared on the racism and disadvantage experienced by an offender.

Mr. Jackson’s lawyers called the ruling’s affirmation of the role race can play in sentencing a major step forward. “This ruling recognizes that in criminal justice, the distinct black experience matters. The mistreatment of black people in criminal sentencing can no longer be ignored,” Emily Lam said.

Mr. Jackson had committed crimes since his youth, the judge said. In 2008, as an adult, he committed three robberies, including an armed robbery of a Petro-Canada station, for which he was sentenced to 81 months. He was out for just a few months when police caught him in a public place with a handgun, with a single bullet in its chambers, in his waistband. At the time, he had three lifetime weapons bans against him.

A report from a Nova Scotia social worker − Mr. Jackson spent his teens years in Cole Harbour, N.S. − found that he grew up in a community with a well-documented history of racial tension. And his father had been absent while away in the military.

The Crown recommended a sentence of 7½ to nine years, plus one year for violating the weapons bans. The defence asked for four years total.

Justice Nakatsuru, who began his ruling by quoting from Martin Luther King, and closed with Atticus Finch, the hero of the novel To Kill a Mockingbird, sentenced Mr. Jackson to six years in prison, and said the Canadian public still needs to be protected from him.

As Atticus Finch told his daughter, “in order to really get to know someone you are judging, you must put yourselves in the shoes of that person,” said Justice Nakatsuru, whose Japanese-Canadian father was interned by Canada during the Second World War.

Mr. Jackson, who had listened intently and looked respectfully at Justice Nakatsuru as he read from portions of his ruling, grumbled loudly as a police officer escorted him from the court.

The Criminal Code already permits judges to take into account the individual circumstances of any offender when deciding on an appropriate sentence. But it also says judges must pay “particular attention to the circumstances of Aboriginal offenders” in sentencing.

Justice Nakatsuru said Parliament had sought to recognize the unique circumstances of Indigenous peoples, although black people, too, are disproportionately incarcerated. Indigenous peoples account for 27 per cent of offenders in federal prison, but just 5 per cent of the Canadian population; black people make up 8.6 per cent of federal prisoners, and just 3 per cent of the overall population. In 2003, the Ontario Court of Appeal declined do what Justice Nakatsuru was now being asked to do, he said, adding that he is bound as a judge to follow the higher court’s edict.

But he also said it is unnecessary to treat the two groups in lockstep, because of the flexibility of existing sentencing rules.

Justice Nakatsuru cited six cases from Nova Scotia from 2014 to 2017 and a handful of Ontario cases dating back to 2003 in which racial discrimination had been discussed in sentencing offenders. 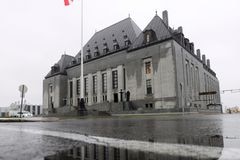 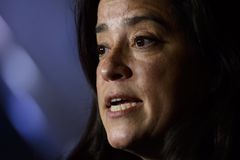