MONTREAL
The Canadian Press
Published January 7, 2020 Updated January 7, 2020
For Subscribers
Please log in to listen to this story. Also available in French and Mandarin. Log In Create Free Account

Crown and defence lawyers appeared before a judge today and agreed to trial dates from June 8 to June 12.

A publication ban covers the identity of the victim – a single female complainant with allegations dating back to 1980 in St-Sauveur, Que.

Rozon, a founder of Just for Laughs, was charged in December 2018 with rape and indecent assault.

He opted for a trial before judge alone during a court appearance last month.

In November, Rozon renounced his right to a preliminary hearing.

Prosecutor Bruno Menard says the Crown will reserve comment until it’s time to present the case to the court. 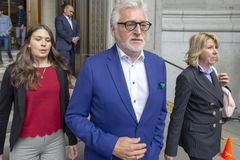 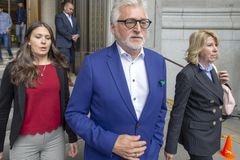