A judge who was publicly rebuked for taking a temporary job as dean of a northern law school is trying to turn the tables on the country’s chief justices, asking a court to find that they abused their legal powers in disciplining him.

In a legal challenge filed in the Federal Court of Canada, Justice Patrick Smith says the Canadian Judicial Council undermined the legal system’s integrity when it found in late 2018 that he violated federal law in helping out a law school in crisis.

Justice Smith took the interim job in 2018, after the dean of Lakehead University’s law school resigned. The judicial council said in a complaint at the time that the job could involve Justice Smith in public controversy. He then resigned from the position, but the disciplinary process continued, ending with the rebuke.

Justice Smith, a member of the Ontario Superior Court, says in a court document he has a strong case the council committed an “abuse of process,” in part because it carried on with its disciplinary process even after he went to court to try to stop it.

And judges are rallying to his side. An organization representing superior court judges across Canada, and one representing those in Ontario – are intervening in his Federal Court case in support of the judge.

“Justice Smith acted out of the highest motives and governed his conduct by openly and carefully consulting with his Chief Justice to ensure the appropriateness of his actions,” the Ontario Superior Court Judges’ Association says in a legal document filed in Federal Court.

In its rebuke, the council found that Justice Smith had “an ethical obligation as a judge to avoid involvement in public debate that may unnecessarily expose him to political attack or be inconsistent with the dignity of judicial office.” It said his conduct was not serious enough to warrant removal from the bench.

It also said the case was important in establishing the principle that judges should confine themselves exclusively to judging, under the council’s interpretation of the federal Judges Act.

But the Ontario judges’ group said the council is supposed to consider only misconduct that is so serious removal may be warranted. No “rational decision-maker” could have concluded that Justice Smith deserved removal, or any sanction at all, it said.

The judicial council, a disciplinary body chaired by Supreme Court Chief Justice Richard Wagner, has not yet filed its written legal argument with the Federal Court. It did not respond to attempts to contact it for comment late last week.

The events at issue unfolded in the spring of 2018 at the then five-year-old Bora Laskin Faculty of Law at Thunder Bay’s Lakehead University. Angelique EagleWoman, who is Indigenous, had resigned as dean, and accused the school of racism.

Concerned the law school’s certification was at risk, Lakehead officials asked Justice Smith, who had been a judge in Thunder Bay since 2001, and a local lawyer for the preceding 25 years, to fill the job until a successor could be found.

Justice Smith asked for and obtained permission from Chief Justice Heather Smith of the Ontario Superior Court, documents filed in his response to the judicial council proceedings show. He agreed to restrict his role to largely administrative duties.

The council’s executive director, Norman Sabourin, later notified him he was filing a complaint against him, and enclosed a copy of a CBC article that pointed to controversies surrounding the position, such as Ms. EagleWoman’s allegations of racism, and requests from leaders of dozens of First Nations communities that Lakehead commit to appointing an Indigenous dean.

The essence of the judicial council’s complaint was that by taking a job that could involve him in public controversy, Justice Smith was entering into perilous waters for a judge.

Justice Smith, then 68, resigned as dean as the complaint got underway and went back to his job as a supernumerary (semi-retired) judge.

Justice Smith’s court challenge will put the disciplinary process of the judicial council, made up of the country’s chief and associate chief justices, under a microscope. It is the latest controversy for a body that argued, in two separate cases in 2014 and 2018, that the Federal Court should not be permitted to review its disciplinary proceedings. It lost both times, and the Federal Court called its views undemocratic.

The Smith case also highlights a difference in views on the participation of judges in community organizations, and shows how controversies over Indigenous representation, such as the one around Ms. EagleWoman’s resignation and the question of her successor, continue to affect major institutions, including the judiciary.

Justice Smith says in his court filing the principle that judges should confine themselves to judging would lock them into an ivory tower just as they are being asked to be more sensitive to social concerns.

“The council’s entire investigation of this matter was misguided and overzealous,” he says in his legal filing with the Federal Court. “The council abused its process, which culminated in an unreasonable interpretation of the Judges Act that would put at risk of judicial discipline every federally appointed judge who engages in activities outside the courtroom that contribute to the legal profession or their communities.”

He also says his reputation has been unfairly tarnished as he nears the end of his career.

The Attorney-General of Canada is taking the position in the case that the judicial council misinterpreted the Judges Act. It says in a legal document that the purpose of the act’s prohibition on judges taking outside work is to keep them from harming the legal system’s reputation by seeking to earn extra money outside court. 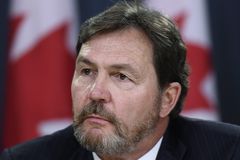 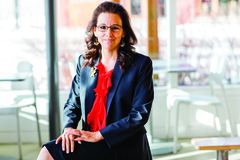