Juul Labs Canada says it will temporarily stop producing some of its flavoured e-cigarette pods as it faces the prospect of new federal rules that could restrict or ban flavoured vaping products.

The company’s Canadian general manager, Michael Nederhoff, issued a letter to retailers this week outlining the plan to stop producing its mango, vanilla, fruit and cucumber flavoured e-cigarette pods on a temporary basis while allowing the existing stock of product to be sold until supplies run out. According to a spokesman, the company will continue producing mint and tobacco flavoured pods.

Mr. Nederhoff’s letter said the move is designed to regain public trust and that the company would consider reintroducing the flavoured pods under Health Canada’s guidance.

The company’s decision highlights growing pressure facing Canada’s e-cigarette industry as Ottawa mulls restrictions on e-cigarette flavours, which would be a blow to hundreds of e-cigarette companies in this country.

In December, Health Canada announced plans to ban all forms of e-cigarette advertising that could be seen by young people, including in public and on social media. The federal government said it would soon introduce new rules governing flavoured e-cigarette products, which are popular among teenagers.

Members of the vaping industry say that adults enjoy flavours and that they are an important part of helping existing smokers quit. On its website, the Vaping Industry Trade Association, which represents Juul, Vype and a handful of other e-cigarette companies, said the current rules are sufficient and help ensure “that adult smokers have access to less harmful alternatives while not promoting to young people.”

But numerous studies show that many young people are attracted to e-cigarettes because of their appealing flavours, which is a central reason why health organizations are calling for new restrictions or an outright flavour ban.

For instance, a study conducted late last year by Smoke-Free Nova Scotia found 96 per cent of 16- to 18-year-olds who vaped said they preferred flavoured products. Nearly half of the 16- to 24-year-olds surveyed said they would likely stop vaping if flavours were eliminated.

“It’s a sign that the industry is anticipating more restrictions on flavours,” Mr. Cunningham said.

Under the current federal law, companies are not allowed to promote any e-cigarette flavours that could appeal to children, including candy and dessert varieties. Despite this, a recent Globe and Mail investigation found that many Canadian companies are promoting child-friendly flavours, such as ice cream and birthday cake. More than three-quarters of specialty vape shops inspected by federal enforcement officers last year were selling and promoting products in violation of federal law, with one of the most common violations being promotion of flavours that appeal to minors.

Nova Scotia will become the first province to ban all flavoured e-cigarette products on April 1. Other provinces, including British Columbia and Prince Edward Island, have discussed the possibility of placing restrictions on flavoured vape products.

In the United States last year, Juul stopped selling most of its flavoured products and also cut advertising as it faced mounting pressure from regulators.

Earlier this month, the U.S. Food and Drug Administration announced it is banning the sale of most flavoured vaping pods, with the exception of menthol and tobacco flavoured products. The new rules don’t apply to tank-based e-cigarette flavoured liquids, which are typically sold in adult-only specialty vape shops. 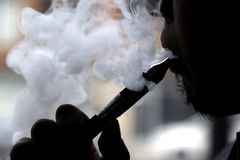 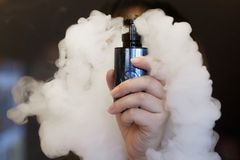