There being but five days to go before Canada Day, it is perhaps a good time to be grateful for small things – very small, as in Ottawa as a world capital.

While Washington lashes out from both sides (and Twitter) over immigration, especially the separated children of illegal immigrants, while London twists itself into knots over Brexit, while angry protesters take to the streets in dozens of capitals around the world, Ottawa frets over a … killdeer.

A killdeer with its own security guard.

This tiny bird recently decided to build its nest near the Canadian War Museum – finally, construction begins on LeBreton Flats! – and just happened to choose a spot for her four eggs next to where the main stage for a forthcoming blues music festival is to be erected. The annual RBC Ottawa Bluesfest is scheduled to run July 5-15, which gave the organizers a 10-day window for eggs that have an incubation period of 24-28 days.

The killdeer, although loudly protesting, would not disclose precisely when she became pregnant.

This being 2018, it is no longer a matter of picking the nest off the ground and moving it far from where the trampling crowds will gather next week. Killdeers, so named for their shrieking call that sounds eerily like “kill deer,” might be shorebirds, but not during nesting season. The small brown plovers prefer a flat space of open terrain with little to no vegetation. LeBreton Flats – a nondescript area just west of downtown, near the Ottawa River – is therefore ideal.

A similar story is to be found south of the border in Ladysmith, Wis., where another nesting killdeer recently brought a US$4-million construction project to a halt. The nest was discovered during a groundbreaking ceremony for a new health centre and, with no politician wanting to get slammed as heartless, all work was stopped for a week. The Ladysmith eggs, however, were nearly a month ahead of the Bluesfest eggs and work is back on in Wisconsin.

Since no one knows exactly when the Ottawa eggs will break (on their own), all was still on hold late Monday afternoon while expert consultants were brought in. The federal National Capital Commission, ever-sensitive about anything that happens with the LeBreton Flats area – a new hockey rink and multibillion-dollar development have been proposed and approved, but no one knows when or even if it will happen – has wisely assigned a security detail to the bird and her eggs.

Organizers of the festival were waiting to hear from Environment Canada concerning the possible relocation of the killdeer and her eggs. No one, however, expects the mother to be delivering worms and bugs to her children’s seat when Foo Fighters take to the stage.

It has been that way in Ottawa recently, where the smaller the story, the bigger it plays.

On this same Monday, the Conservative Party sent out a spiteful tweet saying Prime Minister Justin Trudeau “is taking yet another ‘personal’ day today” – blissfully unaware, it appears, that St. Jean Baptiste Day is a statutory holiday in Quebec. The tweet was soon taken down.

Last week was not a great one for the opposition party. Conservative Leader Andrew Scheer had earlier tweeted “New golf cart: $5k. Porch & sun umbrellas: $13k. New deck & dock: $24k. Grooming personal ski trails: $28k. These are just some of the upgrades that Canadians are paying for at Justin Trudeau’s cottage. Why are taxpayers on the hook for this?”

Long-time Liberal activist Warren Kinsella was quick to pounce: “It isn’t ‘Justin Trudeau’s cottage,’ he admonished Mr. Scheer. “It’s an official residence, owned by taxpayers and overseen by a body over which no prime minister has control. Including the prime minister who was your boss, and who occupied the ’cottage’ for a decade.”

Nor, however, in the interest of fair play and balance, was it a good week for Justin Trudeau, caught once again in an ethics mess-up by Conflict of Interest and Ethics Commissioner Mario Dion.

The crime? Accepting a gift of two pairs of aviator sunglasses, one for him and one for his wife, Sophie Grégoire Trudeau, from Prince Edward Island Premier Wade MacLauchlan. The sunglasses cost $300 a pair and federal rules say all gifts over $200 must be publicly declared within 30 days of acceptance. To no surprise, an “administrative error” was blamed, rather than the PM.

The fine? $100 – and a sharp reminder that Canadians do not take well to such matters over the years as Christmas vacations on a private island, shoe closets full of Guccis and, as my colleague Gary Mason pointed out Saturday in his column, $16 glasses of orange juice.

The politicians could all learn something from that poor besieged killdeer. When these birds are under attack, they turn to what is known as their “broken-wing act” – screeching and flapping around on the ground while holding a wing in a position that makes it appear as if the bird has been severely injured.

The predators get distracted from the task at hand – stealing eggs – turn on the “injured” bird and, at the last moment, the killdeer miraculously heals and soars away to freedom.

Works for them, anyway.

‘It’s become a celebrity’: Agave plant on the cusp of blooming attracts an audience in Halifax
May 9, 2018 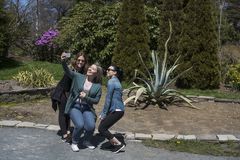 Gray jay to reclaim its Canadian identity with name change
May 21, 2018 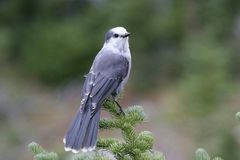