As health care workers across Canada prepare to receive a COVID-19 vaccine this week, one group is almost certain to be missing: pregnant women.

The expert panel that advises Canadians on immunization published a position statement Monday that says the recently authorized shot should not be offered to people who are pregnant or breastfeeding until more evidence is available – although the statement also says the final decision should rest with women.

The question of whether to immunize expectant mothers is especially urgent during this pandemic because the evidence so far suggests that the coronavirus is harder on pregnant women, sending more of them to hospitals and intensive-care units than women who are not pregnant.

Pfizer, Inc. and BioNTech, the companies that developed the vaccine Canada began rolling out Monday, excluded pregnant women at the outset of their clinical trials, a common and contentious practice in drug development.

Vaccinating women of reproductive age against COVID-19 before they try to conceive would be ideal, experts say, but those efforts risk being undermined by persistent – and baseless – stories on social media suggesting the new vaccine could cause infertility.

“The last thing we want is women all over the country being terrified of this vaccine,” said Deborah Money, a professor of obstetrics and gynecology at the University of British Columbia who specializes in reproductive infectious diseases.

The vast majority of front-line health care workers are female. As some of the first Canadians to be offered the Pfizer-BioNTech shot, they’ll have to make their decision in an information vacuum.

Women’s health advocates say that pregnant individuals should be included in clinical trials more often. They argue that if a new medicine is going to harm a woman or her fetus, it’s better to find out early in a small study, rather than after a drug goes into widespread use.

“We need to reverse the assumption that you’re helping and protecting fetuses by keeping pregnant women out of clinical trials,” said Françoise Baylis, a bioethicist and philosopher at Dalhousie University. “You’re doing the exact opposite.”

In the case of the Pfizer-BioNTech trial, female participants took a pregnancy test before enrolling. But 23 of the nearly 44,000 participants got pregnant anyway, 12 of whom received the real shot. They haven’t given birth yet.

With nothing more to go on, Health Canada put this line in its product monograph, the official instruction manual for a drug: “The safety and efficacy of Pfizer-BioNTech COVID-19 Vaccine in pregnant women have not yet been established.” The monograph went on to encourage women who are pregnant and breastfeeding to talk to their doctors if they were thinking of getting the shot. Those doctors will likely turn to the National Advisory Committee on Immunization, or NACI, the group that released its new guidance Monday.

Supriya Sharma, Health Canada’s chief medical adviser, said the regulator can’t say whether the Pfizer-BioNTech vaccine is safe in pregnancy, but it doesn’t know that it’s dangerous either. That’s why Health Canada, in a decision later matched by the U.S. Food and Drug Administration, decided not to expressly recommend against the Pfizer-BioNTech vaccine in pregnancy.

Their British counterpart, the Medicines and Healthcare products Regulatory Agency (MHRA), took the opposite view, recommending against the vaccine in pregnancy, and advising those planning to conceive not to do so until at least two months after the second dose of Pfizer’s two-shot regimen. The MHRA also pointed out in its instructions that, “it is unknown whether [Pfizer-BioNTech’s COVID-19 vaccine] has an impact on fertility.”

That line has been seized upon by some online, adding weight to an unsubstantiated theory that Pfizer’s shot and other COVID-19 vaccines could disrupt fertility. The theory involves a protein called syncytin-1, which loosely resembles the spike protein that studs the outside of the coronavirus. The Pfizer-BioNTech vaccine – like nearly all COVID-19 vaccines in development – targets the spike protein.

The idea that the vaccine could somehow latch on to syncytin-1 is, “completely a conspiracy theory,” according to Dr. Sharma of Health Canada. “There’s no evidence that it is similar enough to even be remotely in the realm of possibility.”

Five other experts told The Globe and Mail that even without long-term evidence on COVID-19 vaccines and fertility, it is possible to consider what’s biologically plausible.

The Pfizer-BioNTech shot, one of the first to harness messenger RNA, uses a piece of the genetic code of the coronavirus to trick the immune system into mounting a defensive response.

“Those mRNAs have no mechanism of getting incorporated into the host’s DNA, which is the only way it could have an effect [on fertility],” said Scott Halperin, director of the Canadian Centre for Vaccinology at Dalhousie University. “So, I can’t think of a theoretical way of it causing a problem.”

At this point, much more is known about the risks pregnant women face from the coronavirus itself.

Dr. Money of UBC is leading a national research project that has so far identified more than 2,100 instances of COVID-19 in pregnant Canadians. Of 430 cases for which detailed data were available, 11 per cent were admitted to hospital for treatment of COVID-19, significantly higher than the 1.7-per-cent rate for women between the ages of 18 and 45 who caught the virus when they weren’t pregnant.

Although Dr. Money cautioned that the Canadian sample size is small, her team’s initial findings reinforce those of the U.S. Centers for Disease Control and Prevention, which has declared pregnant women a group at increased risk for severe illness from COVID-19.

Shelley Deeks, the vice-chair of NACI, said the risks posed by the virus weighed on the Canadian committee as it settled on a compromise of sorts, saying the Pfizer-BioNTech vaccine should not be recommended for pregnant or breastfeeding women until more evidence comes in, but that women should discuss the risks and benefits with their doctors.

Sarah Levitt, a Toronto psychiatrist who is 24 weeks pregnant, wants the freedom to make her own choice. Part of her practice involves caring for mentally ill patients living in the high-risk settings of shelters and group homes. 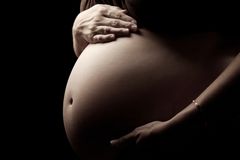 Priority for COVID-19 vaccine must include those with intellectual and developmental disabilities
December 4, 2020 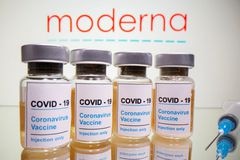