A lack of funding has forced the Canadian Space Agency to abandon plans to participate in a NASA-led space telescope project that Canadian astronomers say is a top priority for the coming decade.

The decision delivers a galaxy-sized blow to a sector already reeling from a federal budget that was notably silent on space. Scientists and industry partners are now left wondering what has happened to a long-awaited strategy from the Trudeau government for pursuing Canada’s research-and-development goals in orbit.

“It’s a gutting feeling,” said Michael Hudson, a professor of astronomy at the University of Waterloo and Canada’s representative on the keystone mission, known as the Wide Field Infrared Survey Telescope, or WFIRST. Dr. Hudson, who has been working on the project since 2013, learned of the cancellation earlier this month during a 4 a.m. phone call in Sydney, where he is on sabbatical.

Canada was to provide an instrument that would have played a central role in fulfilling WFIRST’s quest to discern the nature of dark energy, a mysterious phenomenon that is thought to be causing the expansion of the universe to accelerate. By simultaneously measuring the speed of receding galaxies and also pegging the distance to exploding stars within those galaxies, the instrument would have allowed astronomers to measure measure the effects of dark energy across cosmic time, among other science goals. In exchange, Canadian scientists would share in the data and discoveries expected to flow from WFIRST after its launch in the mid-2020s.

Canada has already spent some $3.1-million in concept studies and technology development related to the instrument. But the space agency reached a crossroads about three weeks ago, when NASA needed a firm financial commitment, which the agency estimates would cost about $100-million over 10 years, mostly to pay for contracts to Canadian aerospace firms to build the device.

Last Friday, Industry, Science and Economic Development Minister Navdeep Bains touted the federal government’s investments in space during a media event near Montreal that made no mention of the WFIRST decision. He also set no firm date for unveiling a federal strategy on space that he said will be available “in the coming months.”

Earlier in the week, at a conference in Victoria, astronomers had voiced their exasperation with Ottawa. Funding for Canada’s space program, particularly space science, has been eroding since the Harper government was elected more than a decade ago. The decline has continued under Mr. Trudeau, notwithstanding an advisory board report last year that urgently recommended a revitalized and strengthened space program motivated by science and technology.

“So far, there’s been almost no action, and the only action has been arbitrary, mysterious, ill-informed and inappropriate,” said John Hutchings, an emeritus researcher with the National Research Council and chair of the committee that developed the long-range plan for Canada’s community of professional astronomers.

Researchers and industry advocates say the space agency needs a stable budget that is kept at arm’s length from the federal cabinet so that there is more transparency around which projects get funded and why.

A role in WFIRST has been a priority for Canadian astronomers for several years, following on from Canada’s substantial involvement in the James Webb Space Telescope, currently scheduled to launch in May, 2020. Because of the challenge and cost of placing a large telescope in orbit, international partners must typically sign on years in advance.

“If we count ourselves as a world-leading country in science, we have to contribute financially, otherwise we’re just going to watch the great discoveries go by,” Dr. Hudson said.

Gilles Leclerc, the agency’s director-general for space exploration, confirmed that Canada was pulling out of WFIRST purely for budget reasons. “It’s that simple and that sad,” he said.

Mr. Leclerc added that it was unlikely Canada would be able to jump back into the project later because of timing, although the science case for Canada’s involvement in WFIRST was strong.

“You could not have had a better proposal,” he said.

If the Trudeau government was unmoved by the scientific merits of WFIRST, it shares that sentiment with U.S. President Donald Trump, whose proposed budget for 2019 eliminated funding for the US$3.2-billion telescope. However, the U.S. Congress has disregarded the President’s cut, and has continued to support WFIRST in an appropriations bill released on May 8. 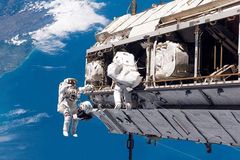 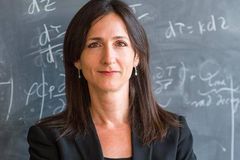