Laurentian University is offering to waive tuition for students who have been in the child welfare system, regardless of their age, the latest addition to a movement that aims to provide more educational opportunities to former kids in care.

The program, in conjunction with grants from the Ontario Student Assistance Program (OSAP), will cover the full cost of tuition for low-income students who have spent at least one year in the care of a children’s aid society.

Unlike other such initiatives, it will not be limited by age. Laurentian said it recognizes that students who grow up in the child welfare system often take longer to come to post-secondary education.

“We know that this is a vulnerable group,” said Michelle Brunette, director of student engagement at the Sudbury university. “For students to be ready at 18 to think about careers or post-secondary studies, it’s not the same as somebody who’s following the traditional path of privilege and support.”

Laurentian initiated a similar policy in 2012, but Ms. Brunette said it was deemed unnecessary during the years of the Liberal government, which increased student aid. Doug Ford’s Progressive Conservatives reduced funding for OSAP and ended a policy of grants for low-income students, which gave them free tuition.

The Ministry of Children, Community and Social Services said this week that it provides eligible former youth in care aged 21 to 24 with financial support of $116 a week through a student aid program called the Living and Learning Grant, up to a maximum of $6,000 a year, as well as other support.

Laurentian’s tuition waiver was revived in part owing to the advocacy of Jane Kovarikova, a Laurentian graduate who grew up in the care of the child welfare system. She and Sudbury MPP Jamie West approached Laurentian in May, and within a matter of weeks the university had agreed.

Ms. Kovarikova dropped out of high school at 16 and later enrolled as a mature student at Georgian College. She went on to a degree at Laurentian, a master’s degree at the London School of Economics and a PhD at the University of Western Ontario.

“I was one of the few lucky ones,” Ms. Kovarikova said.

About 1,000 kids a year age out of the child welfare system in Ontario. About half don’t complete high school and their rates of poverty and incarceration are higher than for the general population.

Laurentian says it will welcome the equivalent of 10 full-time students this year at an average cost of about $2,000 each. They expect some will be Indigenous. Across Canada more than half of the youth in care are First Nations, Métis or Inuit.

Meaghan Martin is a former Crown ward and president of the Child Welfare Political Action Committee. She said the tuition-waiver program is an incentive to complete her degree. She began studying at a college after attending high school part time and found she was not mentally or emotionally prepared. She dropped out and took a variety of jobs.

“As I’ve gotten older, I’ve found going back to school harder to do financially, but having it be offered with free tuition means my academic goals are closer than I ever dreamed,” Ms. Martin said.

Laurentian’s tuition waiver is modelled on one introduced at Vancouver Island University (VIU) in Nanaimo, B.C., about seven years ago. The program was so successful that B.C.'s NDP government adopted a version across the province in 2017. It offers free post-secondary tuition to anyone under 26 who has spent two years in care. A program with similar aims was recently installed at McGill University, and institutions from Manitoba, Alberta, New Brunswick and Nova Scotia have approached VIU for advice on doing the same.

William Litchfield, associate vice-president of university relations at VIU, said the program has been a life-changing success for many of their students. In B.C., only about 3 per cent of former kids in care complete post-secondary. But about 200 students have come through VIU since the program began, 95 will be at VIU this fall, and more than 800 are enrolled across the province annually.

“We know that 80 per cent of the jobs in our community require some form of post-secondary. These kids, if they don’t get that education, they’re going to be left out,” Mr. Litchfield said. 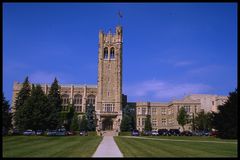 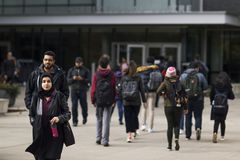 Opinion
Do the math: Tuition fees are not out of control
August 30, 2018 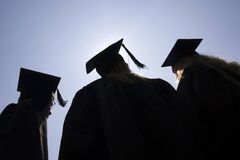