A law that bars a judge from imposing a conditional sentence for certain offences was struck down as unconstitutional on Friday in a decision likely to find its way to the country’s top court.

In a 2-1 ruling, the Ontario Court of Appeal found the provisions of the Criminal Code run afoul of the charter because of their impact on Indigenous offenders.

“The impugned amendments deprive the court of an important means to redress systemic discrimination against Aboriginal people when considering an appropriate sanction,” the court said. “The reality is that the act will result in more Indigenous offenders serving their sentences in jail rather than in their communities.”

The decision comes in the case of Cheyenne Sharma, an Indigenous woman and mother of a small child who was caught in 2015 smuggling almost two kilograms of cocaine into Canada from South America. Evidence was the first-time offender was in desperate financial straits and faced eviction from her home.

Because Ms. Sharma is of Ojibwa ancestry and a member of the Saugeen First Nation, the trial court took her background of trauma into account on sentencing as required by the Criminal Code since 1999 – the so-called Gladue principles.

However, another part of the code – enacted in 2012 by the former Conservative government under ex-prime minister Stephen Harper – bars community-based sentences for offences such as drug-trafficking that carry maximum penalties of at least 10 years in prison.

Ms. Sharma challenged the provisions – along with another that called for a two-year mandatory minimum sentence – as an infringement of her constitutional rights.

In February 2018, then-Superior Court justice Casey Hill, who sentenced her to 17 months in custody, declared the mandatory minimum rule unconstitutional but dismissed Ms. Sharma’s challenge to the ban on a conditional sentence.

Ms. Sharma appealed, and various activist organizations intervened on her behalf. They argued that systems of discrimination based on gender, race, socioeconomic status and colonialism shape the experiences of Indigenous women.

Barring Indigenous people from conditional sentences as an alternative to prison time stops judges from fully applying the Gladue principles and denies offenders the full benefit, the groups said. The result, they argued, was that the provisions magnified the injustices the Gladue framework was intended to address.

The majority on the Appeal Court agreed.

“The impugned provisions, in their impact on Aboriginal offenders including Ms. Sharma, create a distinction on the basis of race,” Justice Kathryn Feldman said for the court. “The provisions deny Ms. Sharma a benefit in a manner that has the effect of reinforcing, perpetuating and exacerbating her disadvantage as an Aboriginal person.”

Friday’s ruling, which the court refused to put on hold, applies to all offenders.

“This is a watershed moment in the law,” Ms. Sharma’s lawyer Nader Hasan said. “This decision will make sentencing more just for a significant number of people. It means that sentencing judges who want to dampen the effects of systemic discrimination will have another tool in their tool kit.”

The Appeal Court set aside Ms. Sharma’s prison sentence, saying a conditional term of 24 months less a day would have been appropriate. However, given that she had already served her custodial time, the Appeal Court substituted a sentence of time served.

In a lengthy dissenting opinion, Justice Bradley Miller said he found no charter breach and would have upheld the provisions. Parliament, he said, had the right to mandate prison time for offences such as drug-trafficking, regardless of who commits them.

“Parliament’s legislative decision may be harsh. It may even be mistaken or unwise. But it is not … discriminatory,” Justice Miller said.

The Native Women’s Association of Canada, which was an intervenor in the case, applauded the ruling.

“Our young women are overrepresented in the prisons across this country, largely as a result of the legacy of historical wrongs committed against our people,” NWAC president Lorraine Whitman said in a statement.

“The courts must be given options to keep them out of the correctional system whenever possible.” 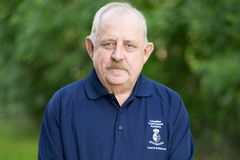 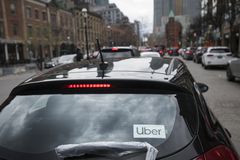 Judge strikes mandatory minimum sentence in drug case involving Indigenous woman
February 22, 2018
Report an error
Due to technical reasons, we have temporarily removed commenting from our articles. We hope to have this fixed soon. Thank you for your patience. If you are looking to give feedback on our new site, please send it along to feedback@globeandmail.com. If you want to write a letter to the editor, please forward to letters@globeandmail.com.
Comments