A candidate who broke with tradition to run against the incumbent head of the Law Society of Ontario has been defeated, after campaigning against a plan to compel lawyers to create a mandatory “statement of principles” to promote diversity and racial equality.

Mr. Mercer, who has held various positions at the Law Society over the years, won 31 of the benchers’ 53 votes. The remaining 22 votes went to Ms. Shi, who has faced questions about her professional record having defended Holocaust deniers and white supremacists. She denies sharing the views of her clients.

Traditionally, treasurers run unopposed for their second year at the helm of the Law Society, which governs the conduct of 50,000 lawyers. But Ms. Shi’s leadership bid was propelled by a goal to do away with the statement of principles (SOP).

She was elected to the board in May as part of a slate of 22 benchers dubbed the StopSOP, formed in response to the Law Society’s plan, adopted two years ago, to make the statement of principles mandatory, and require lawyers and paralegals to acknowledge their “obligation to promote equality, diversity and inclusion.” The statements are individually drafted by each licensed legal professional, and subsequently tucked away – they do not have to be publicly shared, though lawyers must report that they have completed them to the Law Society.

“I know that there are a lot of us who are concerned about the differences [of opinion],” Ms. Shi said to her colleagues after the vote, “but having met with most of you, I think we are going to be just fine because of all the dedication, talent, energy and the will to serve.”

The vote to re-elect Mr. Mercer was the only agenda item completed by the benchers on Thursday, who spent most of the nine-hour meeting debating the statement.

“This is a first step to tyranny, in my humble opinion,” said newly elected bencher Cheryl Lean, a family and child protection lawyer in Prince Edward County, and member of the StopSOP camp. She believes the controversy over the statement of principles has “induced fear” in her colleagues.

“It was run for bencher, or leave the profession,” Ms. Lean told those gathered at the Law Society’s Osgoode Hall chambers.

Murray Klippenstein, a Toronto litigation lawyer, put forth the motion to repeal the statement, which he called “an attempt – through working in our minds – of turning us into some kind of missionaries for someone else’s political ideology.”

The benchers had a choice of four options, including keeping the mandatory statement in place, repealing it or amending the statement to make it voluntary. The fourth motion was to have a voluntary statement, with the added option for lawyers to disclose in their annual reports to the Law Society whether they have created the personal statement. These figures would then be tallied annually and provided to the board.

Some in favour of keeping the statement, both on the bench and in the public gallery, wore purple to symbolize their support.

One of the supporters was Atrisha Lewis, a commercial litigator who, this month, defended the statement of principles in an opinion piece in The Globe and Mail, and said it generated comments that were “undeniably racist.” She rebutted the arguments of her peers that the statement was about compelled speech or politicized the profession, but rather was necessary for equality.

“This is about denying the existence of racism,” she said in her submission.

Julian Falconer, a defence lawyer and the longest-serving member of the bench, made a number of impassioned statements to his colleagues against a full repeal of the SOP. A working group that spent four years researching diversity and race issues in the profession recommended the statement of principles in December, 2016.

“I hear what you want to dismantle," Mr. Falconer said, adding what he did not hear was what his peers wanted “to build.”

The group will reconvene on the issue in July.

Opinion
Repealing Ontario lawyers’ statement of principles is not a principled stand
June 13, 2019 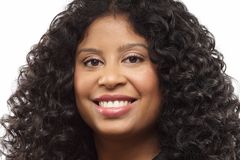