A disciplinary hearing against a detective accused of failing to act against serial killer Bruce McArthur began with the officer’s lawyer challenging the independence of the tribunal and criticizing the police chief.

Sergeant Paul Gauthier is charged in connection with a 2016 incident when Toronto police failed to follow up after a gay man complained that Mr. McArthur tried to strangle him.

At the time police had tried in vain to investigate the disappearance of three men with ties to the Gay Village.

Mr. McArthur eventually pleaded guilty to the first-degree murder of eight men between 2010 and 2017, including two victims who were killed after the failure to charge him in 2016.

Sgt. Gauthier was not present at Tuesday’s disciplinary hearing. His lawyer, Lawrence Gridin, said he wanted to make a statement.

He alluded to a press conference in December, 2017, when Toronto Police Services Chief Mark Saunders was asked if a serial killer was preying on the LGBTQ community.

“He denied there was any evidence” of a serial killer, Mr. Gridin said. “The information at the press conference was not correct. Mr. McArthur had been a suspect for a month.”

"The matter is about a specific officer," she said. "It's not appropriate to go over what happened at past press conferences."

Mr. Gridin said he brought up Chief Saunders' past comments because he was going to ask for an independent judge to adjudicate the case, instead of the hearing officer, Superintendent Richard Hegedus.

"You have no independence from the chief of police," Mr. Gridin told Superintendent Hegedus.

Sgt. Gauthier was charged with insubordination and neglect of duty. Details of the allegations against him were not released at the hearing because he was not present. However, the incident was described on Monday at Mr. McArthur’s sentencing in Ontario Superior Court.

The agreed statement of facts read into the court record said that on June 20, 2016, Mr. McArthur showed up at the workplace of an acquaintance and asked that they meet in his van later that evening.

Once inside the vehicle, the man saw that a backseat had been removed and the floor covered with a plastic sheet. Mr. McArthur told the man to lie down. Then, with an angry look on his face, Mr. McArthur grabbed the man’s throat. He didn’t respond as the man begged and pleaded. The man managed to roll away and escaped from the van. He called 911.

The case was adjourned to Feb. 26. 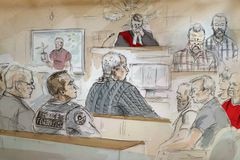 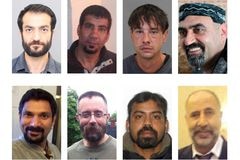 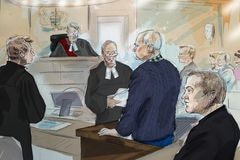