An Ottawa court has agreed to delay until November the case of a public servant accused of leaking cabinet secrets about a $700-million shipbuilding project, amid concerns about fairness and slow justice.

Matthew Matchett was charged with one count of breach of trust in February for allegedly leaking cabinet documents about the same shipbuilding deal that was at the heart of the failed prosecution of now-retired vice-admiral Mark Norman.

Although the case against Mr. Norman was dropped in May, Crown prosecutors are pushing ahead with their case against Mr. Matchett, who was suspended from his job in the federal procurement department last year.

Friday’s court hearing was supposed to be a brief check-in ahead of a preliminary inquiry scheduled for October, to determine whether there is enough evidence to proceed to a full trial. The hearing saw that inquiry delayed a month instead.

Mr. Matchett’s lawyer, Matthew Day, first asked the court to delay the preliminary inquiry until next March, telling the judge he needed more time to go through thousands of documents related to the case.

Many of those documents were seized during the RCMP investigation, dubbed Project Anchor, that led to charges against Mr. Matchett and Mr. Norman, while others were provided to Mr. Norman’s lawyers before his case was dropped.

Mr. Day, who has said his client will plead not guilty, said more documents are supposed to be disclosed to him in the coming days.

Crown prosecutor Mark Covan, however, spoke against delaying the preliminary inquiry, in part because he said the Crown’s case against Mr. Matchett is “narrow in scope” compared to the Norman case.

“The application against Mr. Matchett is, we would submit, well-defined,” said Mr. Covan, who previously worked on Mr. Norman’s case.

Hanging over the debate were concerns a long delay would cause Mr. Matchett’s case to bump up against the Supreme Court’s 2016 “Jordan” decision, which imposed limits on how a criminal case can wait to go to trial before it is tossed out.

Justice Robert Wadden specifically raised concerns about the case running afoul of the Jordan decision on more than one occasion as he pushed for a shorter delay that would ensure enough time for Mr. Matchett’s defence without going too far.

“My concern is that you’re not waiving [the right to speedy trial]. You’re potentially relying on a Jordan application somewhere down the road if there’s delay,” Justice Wadden said before Mr. Day and the Crown agreed to reschedule the inquiry to November.

Mr. Matchett is accused of leaking information about a contract between the federal government and Chantier Davie shipyard in Quebec to a lobbyist representing Davie in November, 2015.

That is when the new Liberal government decided to hold off finalizing the contract with Davie, which had been negotiated by the previous Conservative government. The Liberals ultimately decided to approve the deal a few days later.

Mr. Norman’s team later identified the second person as Mr. Matchett, who worked at the time at the Atlantic Canada Opportunities Agency. He later moved to Public Services and Procurement Canada.

Court heard last December, during a pretrial hearing for Mr. Norman, that Mr. Matchett’s security clearance was withdrawn in June, 2018, and he was suspended without pay in October after Mr. Norman’s legal team named him in its filings. 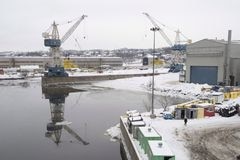 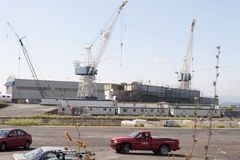