A legal challenge by former Afghanistan captive Joshua Boyle’s wife in the middle of his sexual-assault trial sets a “very dangerous precedent” that could be disastrous for such proceedings across Canada, Mr. Boyle’s lawyer says.

Lawrence Greenspon said Friday he will vigorously oppose the timing and substance of Caitlan Coleman’s appeal of a recent ruling that allows Mr. Boyle to introduce evidence about the couple’s consensual sexual activity.

Mr. Boyle, 35, has pleaded not-guilty in Ontario court to offences against Mr. Coleman, 33, including assault, sexual assault and unlawful confinement.

The alleged offences date from late 2017, after the couple returned to Canada following five years as hostages of extremists who seized them during an ill-fated trip to Central and South Asia.

The assault trial, which began in late March, is suspended indefinitely while Ms. Coleman heads to Ontario Superior Court on May 15 to challenge the ruling allowing Mr. Boyle’s lawyers to examine her and Mr. Boyle’s sexual history.

The law sets out limits on the extent to which an accused person can bring up an alleged victim’s sexual history during a trial and legislative changes that took effect in December gave complainants in sexual-assault cases a bigger say in proceedings on allowable evidence.

But Mr. Boyle’s legal team has expressed concern about the detrimental effects that a delay of months or even years could have for the accused.

Mr. Greenspon’s co-counsel, Eric Granger, told the court this week that the case hinges on the reliability of evidence, which does not “get better with time” as memories fade. In addition, Mr. Boyle must abide by strict bail conditions that limit his freedoms while the trial plays out.

“There’s a real concern, and I think there ought to be, about this step being taken in the middle of a criminal trial,” Mr. Greenspon said after a hearing to discuss next steps. “It would set a very dangerous precedent to allow that kind of application to happen midtrial and the impact on all other sexual-assault trials across the country would be – I don’t think it’s overstating it to say – disastrous.”

However, Mr. Greenspon welcomed a commitment from Ms. Coleman’s lawyer, Ian Carter, that could lead to a relatively speedy resolution of the legal snag.

Mr. Carter said Friday that Ms. Coleman had instructed him not to appeal the outcome of the challenge – even if it goes against her – to help ensure the trial gets back on track.

“We discussed the matter, and while she feels strongly with respect to the issue that’s arisen, at the same time we want to ensure that the trial moves forward in an expeditious manner,” Mr. Carter said.

Mr. Greenspon said that was “potentially good news in terms of putting a cap on the delay.”

However, he is reserving Mr. Boyle’s right to appeal the Superior Court decision if it doesn’t go his way.

A ruling from the higher court could come later this spring, meaning Mr. Boyle’s assault trial might resume as early as July if there are no further appeals.

The lawyers discussed potential dates Friday that could see the rest of the trial unfold in several sittings over the summer and early fall. 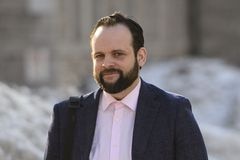 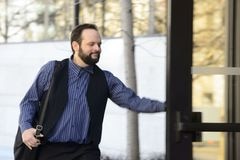 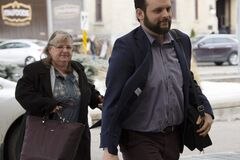