A lawyer for Meng Wanzhou says payments between a Huawei affiliate and an HSBC client that were cleared in American dollars do not give the United States jurisdiction to charge the executive.

American authorities are seeking the extradition of the Huawei chief financial officer on fraud charges linked to a 2013 meeting in which they allege she lied to the bank about a company affiliated with hers.

The company, Skycom, was doing business in Iran, which authorities allege put HSBC at risk of violating American sanctions, and they also point to payments that were cleared through the United States.

However, defence lawyer Gib van Ert told a British Columbia Supreme Court judge on Wednesday that the practice of “dollar clearing” is not sufficient under international law to allow the U.S. to charge Meng.

He said Meng is a Chinese national, HSBC is an English-Chinese bank, their meeting happened in Hong Kong, and the payments that were cleared through the American system were still foreign.

The lawyer read from expert reports that concluded the sheer volume of dollar clearing through the United States every day means the country cannot assert jurisdiction over Meng on that basis.

The court has heard that more than US$4.5-trillion is cleared through the American system daily and the transactions in question amount to just over US$2-million over a 13-month period.

He also said Meng’s alleged conduct did not cause the U.S. dollar clearing. HSBC decided to use its American subsidiary to clear the payments, which had nothing to do with Huawei, van Ert said.

“That can’t possibly be a basis for the requesting state’s claim to regulate Ms. Meng’s conduct and to have her extradited to the U.S.,” he said.

“Why would the United States have any greater claim to regulate Ms. Meng’s conduct in those circumstances than any other state in the world? Aside, of course, from China.”

The Attorney General of Canada, on behalf of the United States, has argued that Meng’s alleged misrepresentations to HSBC put the bank at risk of violating a deferred prosecution agreement for previously breaching sanctions against Iran.

But van Ert told Associate Chief Justice Heather Holmes that this risk does not give rise to American criminal law jurisdiction.

“To find otherwise, milady would be to allow the United States to take jurisdiction over people and events anywhere in the world so long as it has criminalized the conduct,” he told the judge.

He argued that if HSBC’s American subsidiary broke the law in the United States, then the country could prosecute the bank, which in turn could pursue Huawei in civil court for any losses it suffered.

Meng and Huawei have denied the allegations.

William Smart, another lawyer for Meng, said there is a connection between maintaining the rule of law, the integrity of the court’s process and public confidence in the administration of justice.

“We submit that the requesting state is using the process of this court in violation of customary international law and if Canada accedes to the committal, it will become effectively a party to that violation,” he said.

“This conduct is an affront to the rule of law and amounts to an abuse of this court’s process.”

The case is exceptional in that the abuse of the court’s process is the very request itself, which violates international law because the alleged crime has no “genuine or substantial connection” to the U.S., he said.

“The respect for the rule of law, as you know, is the bedrock of any democracy,” Smart added.

Meng was arrested while passing through Vancouver’s airport in December 2018 and is out on bail, living in one of her two multimillion-dollar homes in the city with her husband and children.

Her lawyers are arguing that the extradition case should be tossed because of an abuse of process.

Lawyers for the Attorney-General of Canada are expected to respond to their arguments about the alleged international-law breaches on Thursday.

The final phase of the B.C. Supreme Court case, an extradition hearing, is to begin in late April. 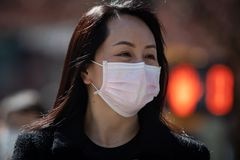 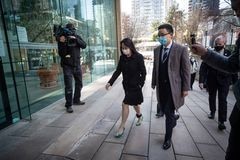 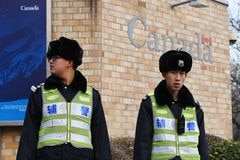