A group representing B.C.’s trial lawyers is asking the courts to overturn new limits on automobile insurance payouts that they say discriminate against people with disabilities.

Effective Monday, the provincial government imposed new rules to curb skyrocketing payments for minor-injury claims by capping settlements for pain and suffering at $5,500 and limiting when accident victims can sue.

The province is the last in Canada to abandon a system in which victims could sue for any type of injury − known as a full tort system.

Rather than waiting for an individual complainant to challenge the law, the case is filed on behalf of “Jane Doe,” an individual whose identity is not yet known who suffers a “minor injury” as a result of an accident and has to follow the new rules.

Attorney-General David Eby said he is confident the amendments will stand up in court. “We believe the amendments we have made are not just constitutional, but good public policy,” he said in an interview.

Basic auto insurance in the province is only available through the Crown-owned Insurance Corp. of B.C., which is on track to post its second $1-billion deficit in a row. Without the caps, he said, insurance rates would have had to climb significantly this year.

Mr. Eby said the changes are expected to restore ICBC’s fiscal health, even after the province has boosted support for those needing medical services after an accident.

“We need to stop the bleeding at ICBC and this is a $1-billion reform that will actually increase benefits for British Columbians,” he said.

The diagnosis of injuries are made by a doctor and ICBC will then assess whether the injury falls under new definitions for a minor injury.

British Columbians with motor-vehicle-accident claims totalling $50,000 or less will have to resolve them through an online dispute resolution tribunal, without the opportunity to go to court.

Shelley Howard, executive director of the non-profit Campbell River Head Injury Support Society, said she is concerned that some accident victims may be caught under the new cap before they realize the extent of their injuries.

“The medical world doesn’t always recognize brain injuries right off the bat. It’s a complex injury,” she said. “I don’t know how the system will be able to go back and rectify the situation.”

The advocacy group wants assurances that people who suffer head injuries won’t fall through the cracks if their injuries are not promptly diagnosed.

Under ICBC’s rules, individuals have two years to settle their claims. Injuries can be switched from the minor classification to the non-minor category if new symptoms emerge in that time and if the file is still open. However, once an individual settles their claim, there is no opportunity to reopen their case.

“People who have a concussion will likely receive legal advice to not settle until that time period is over and it is clear the extent of the injury,” Mr. Eby said.

The trial lawyers association consulted with former NDP premier and attorney-general Ujjal Dosanjh on the case.

In an interview, Mr. Dosanjh said the government is violating the intent of the ICBC system when it was created in the 1970s.

“What you have now is the NDP government of British Columbia saying, ‘we will continue public auto insurance but we will increase rates and diminish your rights,’” he said.

“Taking away tort isn’t modernization, it’s going to medieval times without the right to go to court." 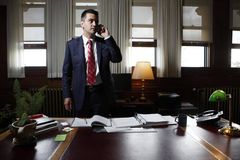 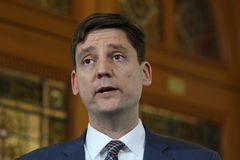