An internal review of changes to Ontario’s autism program calls for an immediate reset, saying the government purposely spread misinformation about the costs and the backlog for treatment to justify a funding model that would leave families “destitute.”

The report, written by one of the government’s own members and obtained by The Globe and Mail through an anonymous source, is highly critical of the funding model for autism services developed by the Progressive Conservatives. It says that repeated assertions made by the government, including former community and social services minister Lisa MacLeod, that 23,000 children were on a list waiting for services was “unverified and is likely inaccurate.”

“This has been the toughest and most damaging file of our first year in office. Regretfully, to add fuel to the fire, our tone has been less than ideal. We are talking about children and families in need,” said the report, prepared by Toronto-area MPP Roman Baber.

“In my respectful opinion, a full reset is required, including a retreat from the February/March Plan to a needs based plan, predicated on accurate and non-confrontational messaging.”

The detailed analysis, which included sweeping suggestions for changes on how to move forward, was shared on Wednesday with the advisory panel announced by the government in May to make recommendations on a needs-based funding model. Among his recommendations, Mr. Baber suggested a needs-based program to “treat as many children as possible given the capacity and monetary limitations of the program.” He also recommended that a prerequisite of funding would be a diagnosis by a developmental pediatrician or clinical child psychologist, not a family doctor, and that funding be capped at 30 hours a week.

Kayla Iafelice, a spokeswoman for the Premier’s Office, said Mr. Baber’s suggestions are welcomed but the government’s plan will follow the advice of experts in the field. “The fact this report exists is yet another example of the Premier creating a culture of support and openness within caucus. The Premier encourages members of caucus to share their views and opinions on any topic at any time.”

She said public consultations, along with the panel, will help the government find the best way to allocate funding for needs-based support.

In a statement, Mr. Ford said he supported Ms. MacLeod and her work on the autism file “100 per cent,” and reiterated that the number of children on the wait list for services was 23,000.

Ms. MacLeod was demoted in a cabinet shuffle last week to Tourism, Culture and Sport. She declined to comment on Friday.

Todd Smith, formerly minister of economic development, has taken over the portfolio. He declined to comment on Friday.

The Progressive Conservative government announced in February changes to the autism program that would provide families with a set amount of funding based on age and income that Ms. MacLeod said would clear a backlog of children waiting for treatment. The move was met with outrage from families whose funding for autism services for children with complex needs would be significantly cut.

About a month later, the government backed away from some of its changes, pledging to explore how the program could provide additional support for families based on needs and doubling the funding available to all families to $600-million a year.

The report says the government’s initial changes “resulted in absurdity.”

It says the previous funding cap of $5,000 a year for children who are 6 and older means “most families of children with [a] moderate to severe diagnosis would be destitute.”

In his report, Mr. Baber said the government’s messaging about the waiting list and spending on the autism program was “inaccurate.”

“I am prepared to elaborate upon request,” he stated in the report.

“There is no one wait list – that is a fiction," he wrote.

He said the waiting list is really a combination of at least a dozen lists that the ministry compiled from regional providers of autism services.

“It is incorrect to say that 23,000 kids are languishing without treatment,” he wrote, adding that families have registered their children with more than one service provider or could be back on the waiting list after receiving a block of therapy.

“You can never clear the wait list,” Mr. Baber wrote, noting that every year more children become eligible for the autism services.

Mr. Baber was highly critical of the government’s initial autism plan, in which families would receive money based on the age of the child and the household income, not need.

He noted that the children with high needs who had full funding under the former Liberal government program and were making progress in treatment would not have been able to afford therapy under the Progressive Conservative plan.

“That leads the parent to reach for the pitchfork,” Mr. Baber stated.

There were many protests after the changes were announced. Families packed the public galleries at Queen’s Park, where some sobbed quietly while other were ejected for shouting at Ms. MacLeod or the Premier.

Bruce McIntosh, the former head of the Ontario Autism Coalition who left his job with the government over changes to the autism program, said on Friday that Ms. MacLeod did not look for ways to fix the autism program. “She just blew it up,” he said.

Mr. McIntosh is the husband of Laura Kirby-McIntosh, who sits on the government’s advisory panel.

“I’m glad it [the report] is out there. And it demonstrates substantial support … of what we’ve been asking for," Mr. McIntosh said.

NDP MPP Monique Taylor said in a statement it was “disturbing” that Mr. Ford “continues to stand behind the devastating cuts he and his ministers have exacted on these families.”

Opinion
The Ontario government is wrong to offload autism services onto families
June 21, 2019 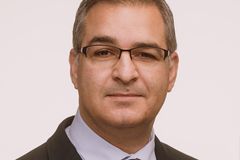 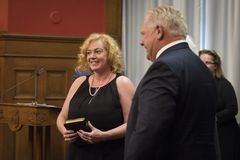 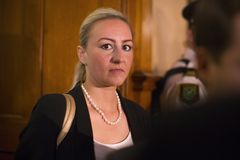