Hunting is a densely regulated affair in Quebec. Dogs may only be used to hunt wild turkey in the fall. Hunters can bag a maximum of five ruffed grouse a day. Residents are permitted to hunt frogs, but only leopard frogs, green frogs and American bullfrogs.

In at least one way, however, Quebec’s hunting rules are more laissez-faire. On the Island of Montreal – population approximately two million – hunting is fair game. In season, and with the proper permits, you can track game on Mount Royal without breaking any provincial laws.

Shotguns and crossbows may be unheard of on the city’s famous mountain, but hunting is still common enough in the leafy expanses of the West Island – and local politicians want to change that.

They say it doesn’t make sense to have people firing guns in the parks of suburbia, especially during a pandemic, when nature has become a refuge for cooped-up Quebeckers.

The mayor of Sainte-Anne-de-Bellevue, a bedroom community at the island’s far western edge, is leading the charge. Paola Hawa wants the provincial government to carve Montreal and environs out of their current place at the heart of Zone 8 in Quebec’s hunting regulations, which govern the area by the same rules as semi-rural regions halfway to the Laurentians.

She is especially concerned about the sprawling l’Anse-à-l’Orme nature park, a more than 500-acre expanse of forests and fields that sits partly in her city.

The sound of gunshots and the sight of spent shells are familiar features of the park, the mayor said – unsettling, given its proximity to a busy daycare and dozens of homes.

There is hard evidence of legal hunting in the area. Hunters of certain game animals are required to report the location of their kills, and they have registered 19 deer in the West Island over the past five years, according to government figures.

Now, with more locals taking advantage of the outdoors during a long spell of restaurant and business lockdowns, the risk of an accident seems greater than ever.

“Hunting in an urban park across the street from where kids are playing – it doesn’t mix,” Ms. Hawa said. “The whole idea is for people to be able to enjoy green space. … How do you line that up with somebody hiding in a tree trying to shoot a deer?”

To the mayor’s chagrin, the provincial government all but closed the door to a hunting ban on the island in February, despite a formal request from the Montreal agglomeration council, a local governing body. The province argued that municipalities already have the tools to prevent hunting, with bylaws against discharging a firearm within city limits, for example.

But Ms. Hawa, a lawyer by trade, insists that bylaws aren’t enough.

Sainte-Anne-de-Bellevue has a local ordinance on the books against firing a gun within two kilometres of a building – but no means to enforce it, she said. If residents hear a gunshot out of season and suspect poaching, they can call the Ministry of Forests, Wildlife and Parks to investigate, but something is always in season. (Pity the poor groundhog, with a target on its back 12 months a year.)

If locals believe a hunter is violating the city bylaw, they can call Montreal police, but the force typically doesn’t have the resources or expertise to track down a camouflaged hunter deep in the woods.

Even if the offender were caught red-handed, the roughly $100 ticket they’d receive would hardly be a deterrent. With a fine that small, Ms. Hawa said, “who gives a diddly squat?!”

The fundamental problem, the mayor argues, is that provincial law trumps municipal rules, and the province says hunters are welcome on the island. But the area has changed, she says, and so should the law.

Montreal used to be ringed by farmers’ fields and ancient woods. Walking through l’Anse-à-l’Orme this spring, Ms. Hawa pointed out the rural roots that once made it a natural site for hunting: a stone wall that dates to the province’s semi-feudal seigneurial system; old rusted pots from the forest’s days as a sugar bush. But today the park is a sliver of green in a sea of subdivisions. Hunters threaten this hard-won sylvan oasis, she says.

The mayor has allies in the Green Coalition, a local environmentalist group whose spokesperson, David Fletcher, is tired of finding dead and maimed animals on his walks in the area’s many parks.

“The hunter says, ‘We’re the top predator now and should have the right to go wherever we want,’ ” Mr. Fletcher said. “Well, I think that’s just rubbish.”

If history has arguably passed by hunting on the island, the distant past also helps explain Quebec’s unique relationship to the sport. When colonists came to New France in the 17th century, they were able to access wild game more freely than they had in Europe, where land was strictly controlled by aristocrats and monarchies, explains Jean-François Nadeau, a historian and columnist for Montreal’s Le Devoir newspaper. French peasants were so deprived of animal protein that some became sick when they were finally able to eat it during the Revolution.

“People here discovered a relationship to meat that they never knew,” Mr. Nadeau said. “To be able to eat meat, naturally, simply, without stealing, was unknown in Europe.”

The territory available to ordinary Quebec hunters shrank during the 19th century, however, when rich landowners began parcelling out thousands of acres into private hunting clubs, popular among U.S. business tycoons. In that era, it was the ultrawealthy who used city parks for blood sport, with members of the anglophone gentry engaging in mounted fox hunts on Mount Royal itself.

Today, some Montreal hunters still see themselves as embattled victims of upper-class privilege. François Gervais, who lives in Montreal but said he hunts only outside the city, argues that the campaign against urban hunting is just an attempt to win votes among the prosperous, cityfied bien pensant.

Others see opposition to the sport as misplaced bourgeois environmentalism. François Monette, who belongs to a Montreal hunting and fishing Facebook group, said hunters perform a valuable service by reducing the number of deer he says are overrunning the suburbs. Urbanites who want to protect the animals because they’re “cute” are more likely to be hurt in a car accident involving a deer than accidentally shot in a park, he argued.

The government tends to agree. In a written statement, the Ministry of Forests, Wildlife and Parks reiterated that it has no intention of banning hunting on the Island of Montreal, in part because it is an effective way of controlling the deer population.

Safety concerns about suburban hunting aren’t backed up by evidence, said Stéphanie Vadnais, a spokesperson for la Fédération québécoise des chasseurs et pêcheurs, a hunting and fishing advocacy group. There have been no accidents involving hunters and non-hunters in the Montreal suburbs, she said; opponents of the practice should accept that the government has spoken and let people hunt according to their right.

Not so fast, Ms. Hawa says. This provincial government, with its power base in rural Quebec, is particularly ill-disposed to new restrictions on hunting, but that doesn’t mean the issue is permanently settled. Parks Minister Pierre Dufour represents the thinly populated northern riding of Abitibi-Est and doesn’t seem to understand the Island of Montreal, the mayor argues. (The minister declined to comment.)

New series Yukon Harvest examines the meaning of hunting to Indigenous people
May 14, 2021 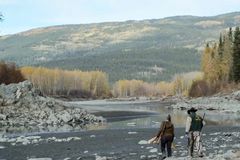 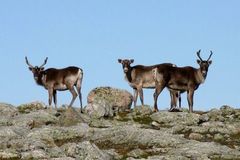 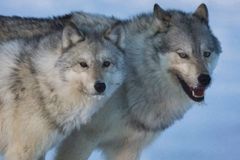