Tu Thanh Ha
Published May 13, 2020 Updated May 13, 2020
Comments
Text Size
Please log in to listen to this story. Also available in French and Mandarin. Log In Create Free Account

Quebec Premier François Legault says there is no legal barrier to making wearing masks mandatory in some locations, such as public transit, but the province first needs to make sure face coverings are more widely available.

Quebec is the first Canadian jurisdiction where the idea of mandating the use of masks in public, to curb the spread of the novel coronavirus, has been discussed in such explicit detail.

Mr. Legault said wearing masks in public will be a necessary step in a broader return to regular activities because increased public transit ridership would make it impossible to maintain physical-distancing rules.

“For the moment, we won’t make it mandatory, we first want to make sure masks are available to all the population, but I’d like Quebeckers to make a habit of wearing one in public,” he said.

Quebec is reopening schools, but should it be hitting the brakes instead?

Mr. Legault made the remarks Wednesday, just a day after the province’s Director of Public Health, Horacio Arruda, said that mandating a compulsory use of masks might infringe on individuals’ Charter rights.

“I think we can get over the legal hurdle the same way we did with home confinement,” Mr. Legault told reporters Wednesday.

Even as it pushes to reopen schools and businesses in other parts of the province, the Legault government still faces a difficult situation in the greater Montreal area, where 85 per cent of Quebec’s victims of COVID-19 have died. Also, most of the 3,220 Quebeckers who have died were residents in long-term care homes.

Mr. Legault noted that normally half a million people take public transit on workdays in Montreal. A compulsory order to use masks would only be on solid legal grounds if the facial coverings are widely available, he said.

The premier added that the government is working with Quebec companies that would be able to supply tens of millions of masks, and is aiming to be ready after June 1.

Quebec initially heeded the stance of the World Health Organization that the use of masks in the population at large wasn’t justified, invoking reasons such as the shortage of protective gear for health care workers and the possibility it would create a false sense of security in the public.

The province began shifting its position on April 23, when Dr. Arruda first recommended that the public use homemade face coverings. However, he said at the time that “it cannot be made mandatory, given its level of effectiveness. In legal terms, that would be exceedingly questionable.”

The tone shifted visibly this week. On Tuesday and Wednesday, Mr. Legault, Dr. Arruda and Health Minister Danielle McCann made a point of wearing masks when they showed up for their regular media briefings.

The Quebec National Assembly held its first sitting in two months on Wednesday. One opposition leader, Pascal Bérubé of the Parti Québécois, urged the premier to make masks mandatory in Montreal’s transit system and public places.

In many countries, including Germany, the Czech Republic, France and Vietnam, it is now compulsory to wear masks in all public places, or in specific locations such as subways, pharmacies and supermarkets.

Opinion
Quebec should not be heading back to school
May 12, 2020 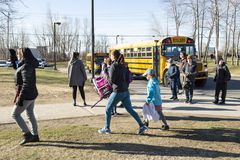 Ontario latest province to look at controlling management of some long-term care homes
May 13, 2020 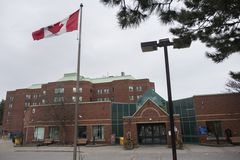 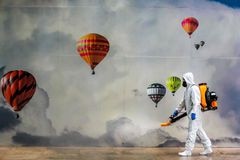 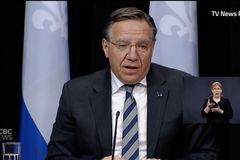