One of the side effects of the coronavirus has been to undermine the idea of human progress.

Well before the pandemic knocked the world on its ear, many people were losing faith in a better future. The Australian wildfires heightened their fears about global warming. Political upheavals in the United States, Great Britain and many other places cast doubt on the prospects for democracy. The continuing conflict in Syria and the mass flight of migrants to Europe imprinted pictures of destruction and misery on millions of minds.

Then, out of the blue, came a frightening virus that rapidly spread around the globe, claiming hundreds of thousands of lives and forcing much of the world into an unprecedented lockdown. In the midst of it, a revolt against police brutality and racial injustice broke out in the United States, setting off protests from Canada to Brazil to Iran. Now more wildfires are raging, this time in the American West. The smoke has reached as far as Europe.

No wonder that, to many, not just today but tomorrow looks bleak. In the midst of a year like this, it’s easy to succumb to despair and conclude the world is going rapidly and unstoppably downhill.

It isn’t. Step back from the doom-laden headlines and it’s clear that humanity is recording breathtaking progress on many fronts. Before COVID-19 gave it an almighty shock, the world economy had put the Great Recession behind it and resumed its forward march. The jobless rate in North America was the lowest in decades.

Across the Organization for Economic Cooperation and Development, a club of developed countries, “people now have a higher disposable income and are more likely to be employed,” said an OECD report this month. Though progress had stalled or even retreated in some areas over the past decade, “people are also living longer, are more satisfied with their lives and are less likely to inhabit crowded households.” Homicide rates have fallen and people feel safer.

Developing countries are making even greater strides. Booming giants such as China and India have seen hundreds of millions climb out of poverty, forming a vast new global middle class. The proportion of the world’s population living in extreme poverty has plummeted. So has undernourishment, infant mortality, death in childbirth and a dozen other indicators of human misery.

Though you wouldn’t know it from the headlines, the number of people killed in wars has tumbled to a fraction of what it was just a few decades ago. The number of people living in democracies has soared. So has literacy. As the Harvard scholar Stephen Pinker puts it in his bestselling 2018 book on progress, Enlightenment Now, “As people are getting healthier, richer, safer and freer,” they are also becoming smarter and more knowledgeable.

The pandemic has put a sudden pause on humanity’s advance, but there is no reason to think it can’t resume once the virus is vanquished. A world that has all but conquered famine and beaten deadly diseases such as smallpox and polio can still do wonders. Recent history proves it.

Believing in the possibility of human progress doesn’t mean pretending there aren’t immense challenges facing humankind, from climate change and tropical deforestation to violence against women and the threat of nuclear war. It doesn’t mean progress is preordained or inevitable. It doesn’t mean believing nothing will ever go wrong. It just means acknowledging that things have gone better in the recent past than it sometimes seems and have every chance of continuing to do so if we confront our problems with intelligence and compassion.

As Prof. Pinker puts it, his hopeful vision is “not a naive reverie or sunny aspiration. It’s the view of the future that is most grounded in historical reality, the one with the cold, hard facts on its side.”

His fan Bill Gates says these facts don’t make us blind or indifferent to our problems. Quite the opposite. “It’s easier to accelerate progress if you know how far we’ve already come,” he told Time magazine a couple of years ago. "If you don’t believe the world has improved, you’re more likely to look at a tragedy and think nothing can be done. But someone who knows how much progress is possible can look at a bad situation and say, ‘How can we make this better?’ " That is what he and his wife Melinda did when they saw the good that could be done in poor countries by investing in simple measures such as immunizing children.

With the vast reserves of wealth and ingenuity at its command, the world has the power to overcome even its greatest challenges. The pandemic doesn’t change that. 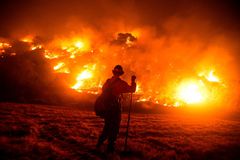 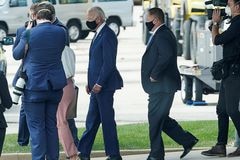 Opinion
Decades of progress on gender equality in the workplace at risk of vanishing
August 2, 2020 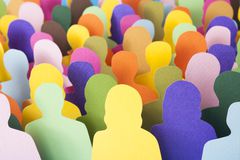