A new poll suggests the Liberal government has support for its pipeline and climate-change strategy as the Prime Minister prepares a legislative agenda that will factor in the views of the opposition parties amid a growing sense of western alienation.

Justin Trudeau will hold individual meetings with the four opposition leaders between Tuesday and Friday of this week to hear their priorities for Canada’s new minority Parliament, which is expected to focus much of its attention on environmental and economic issues. The meetings will come after Alberta Premier Jason Kenney ratcheted up his calls over the weekend for greater autonomy for his province in response to increasing separatist sentiment.

The Liberal Party of Canada came under fire in the last election for its position in favour of the expansion of the Trans Mountain pipeline, which earned the rebuke of progressive voters, and for the carbon tax, which was vigorously opposed by conservatives.

Still, a new poll by Nanos Research suggests that going forward with both projects is the most popular option across the country. The polls found that 46 per cent of Canadians are in agreement with the government’s plan to continue with the pipeline expansion and to continue imposing a carbon tax in provinces that don’t have an equivalent measure in place.

“It’s pretty clear a significant proportion of Canadians just want to move forward on this. For many Canadians, there is probably a sense of fatigue on both issues,” pollster Nik Nanos said.

The poll also found that 59 per cent of Canadians were pleased or somewhat pleased with the results of the Oct. 21 election. The poll showed a polarized country, with residents of Quebec (68 per cent) and Ontario (66 per cent) being satisfied with the outcome of the election, compared with only 34 per cent of residents of the Prairies.

The Liberals won a minority with 157 seats, ahead of the Conservatives (121 seats). The Liberals will mostly rely on the Bloc Québécois (32 seats), the NDP (24 seats) and the Greens (three seats) to win confidence votes.

Mr. Nanos said the Prime Minister will have to tread carefully in coming months to deal with anger over his government’s policies in Alberta and Saskatchewan. Mr. Trudeau is set to meet Saskatchewan Premier Scott Moe in Ottawa on Tuesday.

“He is facing a country with more significant regional divisions than we have seen in the past,” he said. “If there is one clear message for the Liberals, it is that Canadians don’t want the same as they saw in the first mandate of Justin Trudeau.”

The federal government has imposed a carbon tax, which comes with a tax rebate for consumers, in Ontario, Saskatchewan, Manitoba and New Brunswick. The measure is scheduled to be imposed in Alberta in January.

On Saturday, Mr. Kenney appointed former Reform Party leader Preston Manning to a new panel that will consider a wholesale rewriting of the province’s relationship with Canada.

The Premier said the “Fair Deal” panel will now consider the establishment of a provincial revenue agency, withdrawing Alberta’s workers from the Canada Pension Plan and removing the RCMP in favour of a provincial police force. Alberta will even consider whether it should write its own constitution. Mr. Kenney laid out his vision during a speech in Red Deer, saying the move toward greater autonomy is needed owing to increasing separatist sentiment and the re-election of Mr. Trudeau’s Liberals. 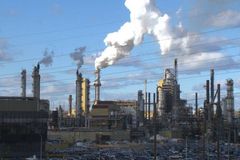 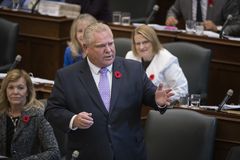