The Liberals plan to use existing tools to quickly create a new support measure next month for struggling workers who won’t qualify for employment insurance.

Some four million workers will move onto EI next month when a key COVID-19 benefit for workers, the Canada Emergency Response Benefit, begins to wind down.

Millions more who have seen their incomes crash as a result of the pandemic-related shutdown won’t qualify for the decades-old social safety net program, but the Liberals had promised a new EI-like support for those who will still need the help.

Sources who have been briefed on the government’s plan say that transfer will be done through regulations, rather than legislation that could not be introduced until late September, following the prorogation of Parliament.

The measures are to be temporary and flow through existing programs and tools, the sources say, meaning the Liberals won’t need parliamentary approval.

The sources, who spoke to The Canadian Press on the condition of anonymity because they weren’t authorized to discuss the plans publicly, say details will come soon.

The Liberals have agreed on how to extend EI-like benefits to those currently deemed ineligible for the program, as well as a floor on the value and duration of payments.

Hassan Yussuff, president of the Canadian Labour Congress, said he sees the temporary measures as a springboard to a larger overhaul of the federal safety net.

Its weaknesses have been known for years and widely exposed through the pandemic-induced crisis, he said.

“We need to look at these temporary measures and figure out how do we incorporate some of that as permanent measures into the future,” Yussuff said, “because you can’t have a social safety net where a significant chunk of people don’t even have any net.”

Prime Minister Justin Trudeau has made clear his intention to reshape a safety net that supports a modern workforce and “gig” economy. The Liberal cabinet is slated to talk about the larger overhaul at next month’s retreat.

David Macdonald, a senior economist with the Canadian Centre for Policy Alternatives, noted recently that about 4.7 million people were receiving the CERB at the start of August, with about 2.1 million not eligible for EI under existing program rules.

He added that just over half of CERB recipients at risk of being ineligible for EI are women, and they would also receive less than under the CERB.

NDP Leader Jagmeet Singh called on Trudeau to extend the CERB until the end of September and present a plan to fix EI by the end of this month.

“Millions of people across the country are stressed about how they’re going to make ends meet when the Liberals cancel the CERB at the end of the month,” Singh said in a statement issued Wednesday.

Unemployment is expected to remain high for the rest of 2020, with employment levels not reaching pre-pandemic levels until some time next year, based on Royal Bank forecasts released Wednesday.

It makes sense to help people in the short term, but the question for the government will be what to do if a large chunk of the labour force still needs help by late 2021, said Robert Asselin, a former adviser to Trudeau and now former finance minister Bill Morneau.

“If you create a program like EI and say, we’re going to support these people as long as it takes … you basically create a permanent income-support program and it’s hugely expensive,” said Asselin, now a senior vice-president at the Business Council of Canada.

“It’s going to have to be paid for by someone, including employers. You’re effectively putting a tax eventually on businesses, which I think would be very damaging in the current circumstances.”

Modelling done in the latest report on EI premiums showed rates would have to rise by five cents per year for four years in response to a recession like the one the country suffered during the 2008-2009 financial crisis.

The estimate didn’t account for any special, temporary economic measures the government could put in place like a rate freeze, or benefit expansion. 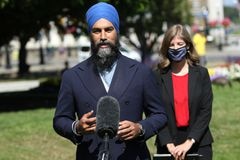 Why the end of CERB could hit consumer spending – and complicate the recovery
Subscriber content
August 18, 2020 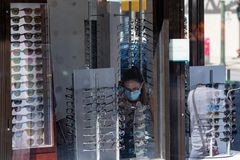