Oh, there’s the delivery driver at the door again.

Maybe they’re bringing you a new trimmer for your pandemic beard, or a pasta maker that (spoiler alert!) you’ll use twice, or a book you’ve been wanting to read, or a set of novelty ice-cube trays whose picture you clicked on late one night. Maybe they’re dropping off food, or a new espresso maker, or printer ink, or a DNA test for your dog, or any other number of purchases made out of necessity or frivolity or impulse, or some combination of all of those, because who can even tell what is essential to get through the day any more?

But as you wave to the delivery driver from the comfort and safety of your home, there is that pang. Is someone risking their life to bring me an ice-cube tray?

“I think about this all the time, for myself as a citizen but also as a researcher,” says Zeynep Arsel, an associate professor of marketing at Concordia University, with a special interest in consumer behaviour. “It’s a very complicated time, and the ethics of shopping and consuming right now, I think, is as complicated as it could ever be … . We’re all struggling with what I would say are impossible trade-offs.”

RBC economist Nathan Janzen, who authored a recent report on retail spending, says shopping habits bounced back to normal levels about three months into the pandemic, and have stayed strong since then, even in periods of lockdown or store closings. In the fourth quarter of 2020, retail spending was 10-per-cent higher than prepandemic levels.

So people are shopping. But as the country clamps back into varying levels of lockdown in the face of a swelling third wave and highly transmissible variants, that spending can be increasingly fraught.

Do I go to a store and put myself at risk, and expose others to me? Or, stay at home and order online, while other workers and delivery people are out on my behalf? Is it okay to go to the mall, if it’s open? Is it wrong to order from companies that have poor protections for workers? Does it matter if what I’m buying is essential?

And if I stop shopping altogether, what does that mean for businesses, their employees and the economy over all?

“I think our everyday life is a minefield of these ethical decisions,” Dr. Arsel says. And the answers, like so much in this time, are far from certain.

Jennifer Welchman, a University of Alberta professor of ethics and moral philosophy, says she believes people may be paying more attention to how and where they’re shopping because the pandemic has exposed inequities and issues that were not as broadly known before, including the conditions facing some warehouse, delivery and factory employees, and the fact that many workers in Canada don’t have paid sick leave. They may also be more aware of how these inequities disproportionately affect racialized people and vulnerable populations.

Dr. Welchman says she believes there is something unethical in the situation, but adds that it’s not only a personal issue, but a societal one.

“The reason that these people are at risk is because, in our society in Canada, people don’t have paid sick leave,” she says. “They’re not able to stay home when they’re unwell, and their workplaces are not as safe as I presume some of them could be. So what is causing the problem are structural features of the way corporations are allowed to work, and to operate and to treat their workers.”

Dr. Welchman says there may be benefits to buying less in the short term, but she notes that even mammoth companies such as Amazon do employ local people and create local jobs. Instead of modifying one’s individual purchasing practices, she says pushing government to change legislation is a way of making larger and more lasting changes, and bridging some of the inequities that exist for workers.

“If we care, that’s what we should be doing,” she says. “We should be using the knowledge we’ve gained and acting upon it.”

Pamela Hieronymi, a moral philosophy professor at the University of California Los Angeles, says there are some circumstances – like mask wearing – in which one’s individual choices are key. But in other cases, like shopping, she says putting too much weight on the purity of one’s individual practices – what she calls “personal piety” – can be a distraction from the bigger picture, and the large-scale institutional and policy changes that need to be made for meaningful change.

While large-scale boycotts could be one tool, she says legislation, union movements and electing politicians committed to making structural changes are better places to focus one’s attention and money.

“It’s not that there isn’t a problem here. It’s that thinking that you’re going to solve it by keeping your own hands clean, in my opinion, isn’t the right way to think about it,” says Dr. Hieronymi, who was a consultant on moral and ethical issues for the series The Good Place. “The right way to think about it is, why as a society haven’t we addressed this problem in a more robust way? … The answer to that question at a societal level is a very complicated, collective political issue.”

That is far more complex than simply not buying the beard trimmer or ice-cube tray.

Dr. Arsel, at Concordia, says it bothers her that the responsibility for large-scale structural problems land at the feet of individual consumers, rather than being addressed by policy.

“I guess my question is, why aren’t firms making working conditions better? Why aren’t governments making better policies to protect workers so that citizens are not put in a position to make these decisions, or having to worry about it all the time?” she asks.

She notes that if companies such as Amazon – one of the fastest growing companies in the world, headed by the world’s richest man – treated workers better, customers may not have to feel like they are making a moral compromise shopping there.

“It’s sad that as small actors, we are given a sort of unprecedented rate of responsibility in solving problems that go beyond our reach,” she says.

University of British Columbia philosophy professor Matthew Bedke says he’s glad people are thinking more about how their behaviour impacts others, and recognizing some of the larger structural inequities that exist. He says when he shops, he’s intentionally choosing to support local businesses in his community, and that buying some things – even if they don’t seem entirely necessary – isn’t a bad thing right now. In other words, don’t sweat the occasional ice-cube tray.

“I don’t think we should pull back just to the point where we’re buying only what’s necessary for survival in these times. I think it’s okay to spend on other things as well,” Dr. Bedke says. “I think there’s healthy spending that’s not just on the essentials, stuff we want and that helps us live meaningful lives and happy lives and thrive in our own lives. And by employing people, they get to earn some money that will help them buy the things that it takes for them to live meaningful and happy lives as well.”

Dr. Arsel says she cancelled her Amazon membership several months ago, and decided she wouldn’t buy from the site any more. Even though she knew her one membership might not make a difference, she says the decision is a way to “just feel better that, in one dimension of my everyday life, I’m doing one less harmful thing.”

When she buys something a little extra – like fertilizer for her plants – she tries to do it in a way that it can have “the least negative impact.” But at some point, the purchase is still worthwhile.

“We all need things to flourish in different ways,” she says. 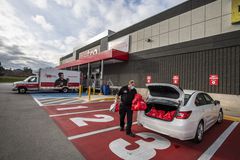 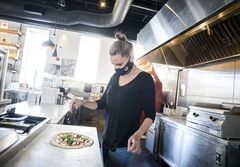 Google wants to be the anti-Amazon of e-commerce - but has a long way to go
Subscriber content
March 28, 2021 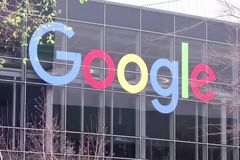