For thousands of years, the Arctic has functioned as a time capsule where evidence of past cultures and environments has remained remarkably well-preserved.

But archeologists are discovering that much of that evidence has been destroyed in less than a generation, owing to the accelerating effects of climate change. Unless a concerted effort is made to rescue what is left, they say, a vast treasury of knowledge about the humanity’s presence at the world’s northern extremes will be wiped from existence.

“It’s a catastrophe. A majority of sites, including many of the most important ones, are already gone,” said Max Friesen, an Arctic archeologist at the University of Toronto and a member of an international team that has been taking stock of the damage.

The group’s findings, published on Thursday in the research journal Antiquity, suggest the situation is desperate, with far more sites set to vanish than scientists have the time or resources to document.

In Canada, more than 30,000 known archeological sites fall within in the region that the team studied, where the average temperature in July does not historically exceed 10 degrees Celsius. Now, many of those sites are either already lost or at imminent risk.

One example is Nuvugaq on the Mackenzie River delta. Once the cultural centre of a western Inuit group known as the Nuvugarmiut, who specialized in hunting bowhead whales, the site coincided with the first European contact in the region. In 1826, John Richardson, a British surgeon and naturalist who traveled with explorer John Franklin, reported 17 winter houses and a communal structure there.

Today, there is nothing left of the historical community for archeologists to study. That section of the delta, made unstable by melting permafrost and increasingly exposed to storms, has simply washed away.

Erosion is a major threat, Mr. Friesen said, because so many northern archeological sites occur along coastlines where people lived off fish and other marine resources.

“We’re losing the history of large areas of Canada,” he said.

As sites disappear, Mr. Friesen added, they also take with them an irreplaceable record of the plants and animals that were present and used by people who lived in a particular place and time.

Jorgen Holleson, an environmental archeologist with the National Museum of Denmark who led the survey, said that the loss of permafrost across the Arctic is accelerating the rate of decay of organic materials in environments that previously were ideal for preserving biological artifacts and human remains.

In southern Greenland, for example, where excellent preservation of organic materials had been reported around the time of the Second World War, recent tests found that there is now little or no preservation at most sites.

Mr. Holleson said that the loss is devastating for Indigenous communities, for many of which archeological sites provide a way for young people to engage with their cultural heritage in a rapidly changing world.

“It will be a great shame if future generations will not have the opportunity to learn from the past as we have,” he said.

Other effects of a warming Arctic include tundra fires, resource development in previously undisturbed locations, and a growing wave of Arctic adventurers who can travel by private yacht in ice-free waters, picking over archeological sites and pocketing whatever souvenirs they find, despite restrictions against doing so.

“We can’t enforce anything. It’s not as though there are security cameras at these sites or people watching all the time,” said Jackie Dawson, a University of Ottawa researcher who has been studying the impact of Arctic tourism.

Matthew Betts, a curator with the Canadian Museum of History in Gatineau, Que., said that the losses amount to a world heritage crisis.

“And as the country with the longest coastline, Canada sits at the apex of that crisis,” Mr. Betts added.

Last month, during the annual meeting of the Canadian Archaeological Association, Mr. Betts organized a panel where attendees discussed an emergency response to the problem. He said that while some sites are of such importance that efforts should be made to try to protect them where they are, in most cases the only realistic solution is to excavate and document sites as quickly as possible, before they are washed away.

An additional challenge is that the granting agencies that support archeological research are not designed to prioritize heritage rescue missions. Given the cost and complications of archeological work in the far north, only a concerted national response working in conjunction with Indigenous groups can hope to address the problem, Mr. Friesen said.

“What a lot of us want to see are dedicated funding packages … so that we can get boots on the ground and get the stuff out.” 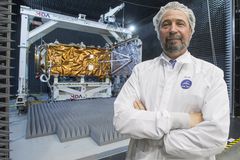 A mission to find the history hidden along Canada’s West Coast
November 10, 2017 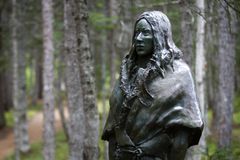