A man accused of killing a woman and her five-year old daughter made a court appearance Wednesday just days after he was rushed to hospital following a suicide attempt.

“We adjourned our matter from Friday over to today to see how Mr. Downey was health-wise. He’s here, which is a good thing to see,” said Court of Queen’s Bench Justice Beth Hughes.

Downey has pleaded not guilty to first-degree murder in the July 2016 deaths of Sara Baillie and Taliyah Marsman.

Baillie, who was 34, was found dead in her Calgary home after failing to show up for work. Her daughter was missing and an Amber Alert was issued. The girl’s body was found a week later in a rural area.

Downey was hospitalized on Friday after paramedics were called to the Calgary Remand Centre and found a man in what was described as a “serious and potentially life-threatening condition.”

Wolch said outside court that he believed his client was only in hospital for a couple of days and would be heading back to remand.

Wolch has expressed concern to the court that another trial he is involved in will go longer than expected and could end perilously close to the beginning of pre-trial motions Oct. 15 for Downey’s trial in November.

“I’m anxious to a point but he’s obviously waiting for his trial,” said Wolch.

Hughes said she expected the earlier trial would end as scheduled.

“As far as I’m concerned there is no basis for adjourning anything, so Mr. Downey should expect that his matter will proceed on the date that it is currently set,” she said.

The family of Baillie and her daughter has already raised concerns the case could be jeopardized by court delays.

In April, relative Scott Hamilton pointed out the trial would be starting 29 months after charges were laid – one month shy of a time limit set by the Supreme Court.

A three-week trial before a judge and jury is to begin Nov. 26.

Wolch told court he would be willing to have his client tried before a judge without a jury, but he said outside court that decision is out of his hands.

“We said we’re open to it. We’d like it, and we’ve done that before, but the Crown has to agree.”

Police say Downey was known to both victims. He has been in custody since his arrest. 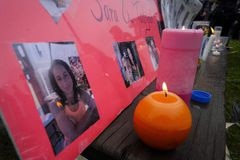 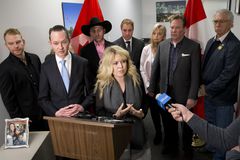