A chief of a Manitoba First Nation is proposing a class-action lawsuit against the federal government on behalf of her community and other reserves that have experienced long-term boil water advisories.

Tataskweyak Cree Nation Chief Doreen Spence said in a statement of claim filed last month that people are unable to practise their traditions, have become very ill and have moved away because of issues with drinking water.

The government was aware that treatment plants and funding were inadequate, the suit alleges, but did not adequately respond.

“Although Canada was advised of the devastating human consequences of these failures, its response to this human catastrophe was – and continues to be – a toxic mixture of inertia and incompetence,” the lawsuit said.

The suit is seeking damages and a court order forcing the government to construct or approve, as well as fund appropriate water systems. It is not yet certified.

The allegations have not been proven in court and a statement of defence has not been filed.

Indigenous Services Canada spokeswoman Rola Tfaili said the department is seeking legal advice. The federal government has committed more than $2-billion toward water and waste-water infrastructure since 2016, she added.

“In large measure this is about Canada’s obligation to provide adequate access to clean water for communities on reserves and it’s about a sustained failure to discharge that obligation,” said Michael Rosenberg, one of the lawyers representing Tataskweyak, from Toronto.

The Tataskweyak Cree Nation’s traditional territory was vast, following caribou herds in northern Manitoba. But its reserve was created in 1908 about 48 kilometres northeast of Thompson on the shore of Split Lake.

Much of southern Manitoba’s water drains to Hudson Bay through the Nelson and Burntwood rivers, which converge in the lake. The court action alleges that as upstream land use and hydroelectric development increased, water quality in the lake significantly declined and the community suffered.

The lawsuit says the plant has been plagued by problems due to its original construction. It also cannot not deal with water quality in the lake, which has significantly worsened in recent years by increasing populations downstream and recent floods.

Tataskweyak Cree Nation has been under an official longer-term boil water advisory since 2017.

People are advised to avoid swimming in the water, children get rashes after bathing in tap water and most pay out of pocket for bottled water.

“Traditionally, water is a powerful medicine for the Cree people, but the members of Tataskweyak Cree Nation now consider their water to be poison.”

The lawsuit says the federal government has refused to find an alternative source for drinking water, despite the community recommending a nearby lake.

During the 2015 federal election campaign, Prime Minister Justin Trudeau promised to eliminate all long-term water advisories on First Nations by March 2021. Since that time, 87 long-term advisories have been lifted.

Four Alberta First Nations – Tsuut’ina Nation, Sucker Creek First Nation, Ermineskin Cree Nation and the Blood Tribe – filed a lawsuit in 2014 and the Okanagan Indian Band in British Columbia followed suit this summer. Those lawsuits have not been settled.

“It’s a health and equality issue – one that the federal government can’t ignore any longer,” Okanagan Chief Byron Louis said in a news release in August.

If certified, Tataskweyak’s class action would be open to people on First Nations who experienced water advisories for more than a year since November 1995.

“The conditions in which … members live would shock Canadians who have never visited the affected communities,” Tataskweyak’s lawsuit said.

“These conditions constitute nothing less than a national embarrassment.”

Construction to begin on treatment plant for First Nation under boil-water advisories since 1997
Subscriber content
September 6, 2019 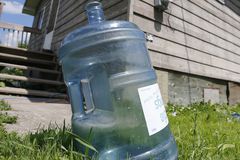 In Depth
Is ending boil-water advisories enough for First Nations? Why some are suing Ottawa for equality
October 10, 2019 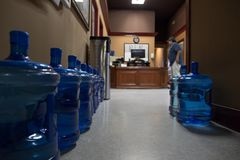 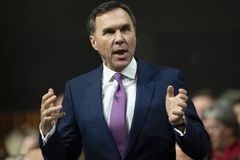