A northern Manitoba First Nation is calling for a provincial inquiry into racism, discrimination and violence linked to hydroelectric development on its territory.

“They need to acknowledge the collective and individual trauma that has been occurring through northern hydroelectric development in the province,” he said at a Winnipeg news conference Friday.

A report released last month by the province’s Clean Environment Commission — an arm’s length review agency — outlined discrimination and sexual abuse at the Crown utility’s work sites in the 1960s and 1970s. The report said the arrival of a largely male construction work force led to the sexual abuse of Indigenous women and some alleged their complaints to RCMP were ignored.

The report said there was also racial tension, environmental degradation and an end to the traditional way of life for some Indigenous people.

Sustainable Development Minister Rochelle Squires has called the allegations in the commission’s report disturbing and said she is referring the issue to the RCMP.

Since the release of the report, Constant said traumatic memories have resurfaced in the Indigenous communities hurt by hydro development.

First Nations have tried to bring the issues up in the past, but Constant said it always fell on deaf ears. He said issues with hydro development, including harassment and racism, continue to this day.

“It’s impacted women for decades, since the ‘50s and nothing has changed. Women are still treated the same as then,” said York Factory Coun. Evelyn Beardy.

“I want to see a day where, before the project is done, that my member doesn’t phone me and say she’s been called a savage or she’s walking down the hallway and has been groped. I’d like to see that stopped. It has to stop.”

The government would not comment on the call for an inquiry but said Minister of Indigenous and Northern Relations Eileen Clarke has been in touch with community leaders to discuss their concerns about the report and the construction of Manitoba Hydro’s Keeyask generating station.

The board chair of the Keeyask Hydropower Limited Partnership — a collaboration between Hydro and four Manitoba First Nations — stepped down on Thursday after a York Factory board member filed a complaint alleging inappropriate behaviour.

An emergency board meeting was held on Aug. 30 after the release of the report to discuss a communication strategy. Louisa Constant, the First Nation’s board member, alleges chair Lorne Midford called her later that evening and, in a very angry tone, implied she wasn’t acting sincerely because the First Nation had released a statement to local media following the meeting.

Hydro did not comment on the call for an inquiry but said the Crown corporation will be conducting an independent investigation into the complaint. Midford will remain as Hydro’s vice president of generation and wholesale.

Martina Saunders, an Indigenous woman who resigned from a board overseeing construction of Keeyask, recently filed a complaint with the Manitoba Human Rights Commission alleging she and other Indigenous members were being ignored and bullied.

Without a full understanding of issues around racism and violence on hydro projects, Constant said Indigenous people will continue to be victimized.

He and other leaders want the inquiry to look at the prevalence of racism and harassment as well how the province, Manitoba Hydro, contractors and law enforcement responded to complaints over the decades. It should recommend culturally relevant victim support and ways to prevent racism and harassment in the future.

Constant said he will be sending a letter requesting a meeting with the premier and other officials to discuss the request.

“It comes down to reconciliation and hearing from our members that have experienced this. On Manitoba Hydro’s part I think it will reveal what truly happened over the past 60 years historically,” Constant said. 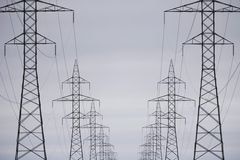 Sexual violence, racism allegedly linked to hydro development ‘an open wound’: Manitoba chief
August 22, 2018
Report alleges hydro development in northern Manitoba led to sexual abuse of Indigenous women
August 21, 2018
Report an error
Due to technical reasons, we have temporarily removed commenting from our articles. We hope to have this fixed soon. Thank you for your patience. If you are looking to give feedback on our new site, please send it along to feedback@globeandmail.com. If you want to write a letter to the editor, please forward to letters@globeandmail.com.
Comments