Manitoba Premier Brian Pallister offered a carbon-tax compromise of sorts Thursday to the federal government and to some Progressive Conservative supporters who have opposed any such levy.

He said Manitoba will enact a flat $25-per-tonne carbon tax on July 1. It is to be offset by a simultaneous one-point cut in the provincial sales tax to six per cent.

“If we stand back and do nothing, we get the Trudeau tax,” Pallister said.

It was not immediately clear whether Prime Minister Justin Trudeau’s Liberal government will agree to Pallister’s plan.

The premier originally intended to bring in a $25-per-tonne tax in 2017, but withdrew it when the federal government said it was not high enough. Ottawa then imposed its own tax on Manitoba and three other provinces. That tax currently sits at $20 a tonne and is to increase by $10 a year every April until it hits $50 a tonne by 2022.

Pallister’s Tories are fighting the tax in Federal Court and have intervenor status in Saskatchewan’s challenge later this month before the Supreme Court of Canada.

Pallister said he hopes the federal government will abandon its demands and respect Manitoba’s plan, since his province has been much more open to a carbon tax than Saskatchewan, Alberta and Ontario.

“Of course I’m disappointed Ottawa didn’t see the wisdom of supporting a government which has been willing to expend the political capital of proposing to bring in a carbon tax when no other conservative government would,” he said.

Pallister, who has faced criticism from some supporters over his willingness to implement a carbon tax, said cutting the sales tax will help people and the economy. While the federal government offsets its carbon tax through income-tax rebates, the province’s sales tax cut would be more immediate and helpful for people, he said.

“The PST dropping increases our competitiveness as a province, helps us achieve our job-creation goals, helps put more money disproportionately into households where there is less discretionary income.”

A provincial carbon tax would also be better for farmers, Pallister added, partly by exempting activities such as drying grain, which is subject to the federal levy.

The sales tax drop will bring Manitoba in line with Saskatchewan. It is the second time Pallister has announced a cut to the PST. He reduced it to seven per cent from eight last year shortly before calling an early election.

Kelly Saunders, an associate professor of political science at Brandon University, said Pallister may be trying to find a middle ground with Ottawa before a ruling in Saskatchewan’s Supreme Court case. Two of three lower court rulings have said the federal government has the authority to impose its tax.

“Many legal experts are saying that the Supreme Court will likely rule that the federal government does have a right to set tax in this area, so maybe (Pallister) is anticipating that and trying to pre-empt that,” Saunders suggested.

Opinion
A carbon pricing plan Conservatives could get behind
Subscriber content
March 4, 2020 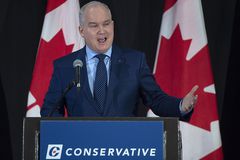 Opinion
The Tories need a leader with vision – or risk losing young conservatives like me
March 4, 2020 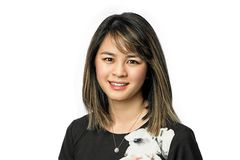 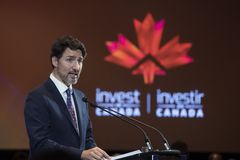