Manitoba’s premier is pushing back a promised cut to the provincial sales tax, draining the province’s rainy day fund and looking at borrowing billions of dollars in order to deal with the fallout from COVID-19.

“It’s a very, very significant challenge, I would say on a magnitude perhaps without precedent – maybe wartime, maybe the Spanish flu earlier in the last century,” he told reporters.

At this early stage, Pallister’s Progressive Conservative government is expecting a $5 billion hit – a combination of reduced revenues and higher expenses – to the province’s budget. That will derail the fiscal plan released earlier this month, which called for a $220-million deficit on total spending of $17.9 billion.

To soften the blow, a promise to cut the provincial sales tax to six per cent from seven on July 1 will be pushed back to next year, the premier said. A provincial carbon tax of $25 per tonne, which was to take effect the same day, is also being pushed back.

The Tories have $572 million socked away in a provincial rainy day fund – formally called the Fiscal Stabilization Account – and Pallister said that will be used up within the next three months.

“We and virtually every other Canadian province will need to borrow more money to protect our health-care system,” he said.

Manitoba has a total of 36 probable or confirmed COVID-19 cases, but hasn’t seen any community transmission of the novel coronavirus, although officials expect that is bound to happen.

Dr. Brent Roussin, the province’s chief public health officer, on Thursday reported the latest case is a Winnipeg man in his 20s who is believed to be linked to a previous case.

Manitoba has managed to boost testing capacity for COVID-19 at a provincial laboratory and officials were hoping a backlog at the lab would be cleared by the end of the week. The province is now expanding testing beyond people with symptoms who have travelled outside the province or who are close contacts with known cases.

“We are expanding our testing criteria to include the groups of people at risk of contracting or spreading COVID-19,” Roussin said.

The new criteria include people with respiratory symptoms who work in health care, live in remote, fly-in communities, or live in group settings such as shelters, work camps and nursing homes.

Niki Ashton, an NDP member of Parliament who represents much of northern Manitoba, said testing should be expanded to all First Nations, not just those accessible only by plane.

“We know that regions of our province are extremely vulnerable to COVID-19, particularly First Nations, Metis and northern communities,” Ashton said.

“The reality on the ground is that all First Nations lack testing abilities.”

The government declared a state of emergency last week that limits gatherings to 50 people and allows most retail stores to remain open. Schools are in the middle of a three-week shutdown.

Roussin hinted Thursday schools may be closed for a longer period.

“It’s difficult to comprehend a scenario where we would be … lifting our social-distancing strategies any time in the next few weeks.” 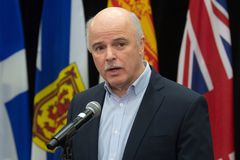 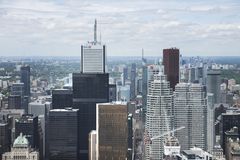 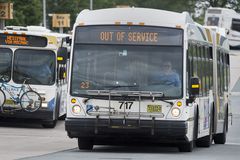