The Chief Judge of Manitoba’s Provincial Court has blocked criminal-defence lawyers from using a video link to Winnipeg judges to avoid long delays for bail hearings in northern Manitoba.

In a directive issued in July, Chief Judge Margaret Wiebe banned the practice, except in extenuating circumstances, saying “access to justice” generally means that matters should be heard locally.

The directive – now facing a legal challenge in a higher court – was issued amid a massive breakdown in the province’s bail system that primarily affects Indigenous people. In a ruling this month, Justice Chris Martin of the Court of Queen’s Bench said the system has “collapsed,” and the constitutional rights of accused persons to a timely bail hearing are routinely violated.

Rohit Gupta, a Winnipeg lawyer, told The Globe and Mail that he and his clients had become frustrated by frequent adjournments and long waits for a bail hearing in Thompson, Man., which is the province’s second busiest jurisdiction and handles criminal cases for a large swath of the north.

“It was a pattern of people being adjourned to a black hole,” he said.

So he began arranging video hearings with Winnipeg judges for his clients who were being held in the Pas, the closest detention centre to Thompson, 400 kilometres away.

“I did it all the time. I had all my clients brought to the south because they wouldn’t wait in custody forever.” Mr. Gupta said he did 20 to 30 bail hearings that way. But then a judge in Bail Court balked, saying the hearing belonged in the north, he said. Soon after, the directive was posted on the court’s website.

“Essentially what the people in power did was ban that practice. They said, ‘No, northern matters belong in the north.’”

Chief Judge Wiebe said through a court spokeswoman that she could not answer questions on the directive, because of the legal challenge it faces.

The challenge is not aimed at the directive’s effect on bail hearings. The directive also bars the transfer of most guilty pleas to other courts. Winnipeg lawyer Scott Newman, representing Tamara Lee Siwicki, who is charged with impaired driving, says that goes beyond the Provincial Court’s jurisdiction because the Criminal Code expressly permits transfers for guilty pleas. The Criminal Defence Lawyers Association of Manitoba is seeking to intervene in support of that argument.

The Provincial Crown’s office says the directive violates the Criminal Code provision on the transfer of guilty pleas, and considers it not to be in effect to that extent. With no one to argue for the directive, the Associate Chief Justice Shane Perlmutter of the Court of Queen’s Bench has told participants in the case that he will appoint a lawyer to make broad arguments on the directive’s effect on the administration of justice.

Gerri Wiebe, president of the Criminal Defence Lawyers Association of Manitoba (and no relation to the Chief Judge), said she and other lawyers believe the directive was a response to Mr. Gupta’s legal strategy.

“That is the general sentiment – that this was a reaction to that particular incident in Bail Court,” she said in an interview. “I asked the Chief Judge directly when she implemented this policy and she declined to comment whether this was a response to that or not.”

Of the directive’s effect on the right to timely bail hearings, which is protected by the Charter of Rights and Freedoms, she said: “It seems counterproductive to me, when you have a severe shortage of resources … to deny the use of resources that may be available to alleviate some of the difficulties.”

The bail delays in the north were well-known when the Chief Judge posted the directive on the court’s website. She was part of a committee of justice system participants who met in 2018 to discuss the problem.

Before the directive was issued, Mr. Gupta brought a constitutional challenge in the case of a single mother of four who waited 51 days for a bail hearing. The Criminal Code sets out that a bail hearing is supposed to be held within 24 hours, with extensions of three days possible on consent of the accused person.

It was that case that led Justice Martin of the Queen’s Bench to find that constitutional violations were a common occurrence, saying that the breakdown of the bail system in northern Manitoba “should shock the conscience of any reasonable person.”

Lisa Silver, who teaches at the University of Calgary law school, criticized the policy directive – especially its statement that access to justice means matters should be heard in the community in which they originated.

“They’re not even being heard in their community," she said in an interview. “It just doesn’t seem like there’s a recognition here that access to justice also means Charter constitutional rights to timely bail.”

She said her sense is that the goal of the directive is to stem any possible flow of people trying to have their matters heard in Winnipeg.

In Alberta, bail hearings can be conducted over the telephone anywhere in the province, until midnight, she said. 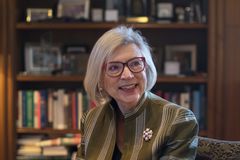 Opinion
Fair access to justice must be for all Indigenous people
July 2, 2019 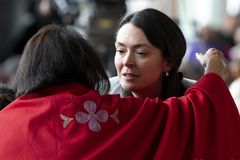 Opinion
Without funding for Law Help Centres, not all Ontarians will have access to justice
November 21, 2018