Manitoba prosecutors relied on “scientifically corrupt” DNA evidence to wrongly convict a man in a decades-old child murder, and kept him behind bars even after they were given overwhelming evidence that it was faulty, his lawyers say in an $8.5-million lawsuit against the province, the individual prosecutors and Winnipeg police.

Mark Grant, now 55, spent 10 years in prison before being acquitted in a second trial for the killing of Candace Derksen, whose body was found tied up in a shed in Winnipeg in January, 1985, nearly two months after she disappeared after school. She died of hypothermia.

If a court accepts Mr. Grant’s claims, it would mark a rare instance in Canada in which a wrongful-conviction case was linked to the misuse of DNA evidence.

“What sets this case apart is the reliance on what turned out to be unreliable science, or so-called science,” Lawrence Greenspon, an Ottawa lawyer representing Mr. Grant in the lawsuit, said in an interview.

Both Mr. Greenspon and James Lockyer, senior counsel at Innocence Canada, an advocacy group for the wrongly convicted, said they were not aware of any other wrongful conviction in Canada linked to the faulty use of DNA evidence.

A spokesperson for the Manitoba justice department said in a statement that the province has not been formally served with legal papers in the lawsuit. “Once that happens, we will review to determine our position." The statement contained no further comment.

Winnipeg police declined to comment while the matter is before the courts.

Mr. Grant was charged in 2007 on the basis of DNA evidence found on the twine used to bind Candace, and matched with Mr. Grant by Molecular World, a private Thunder Bay company that no longer exists. At Mr. Grant’s trial, the company’s former head, Amarjit Chahal, testified that there was a 1-in-50-million chance that the DNA was not a match for Mr. Grant.

In 2013, the Manitoba Court of Appeal overturned the conviction and ordered a new trial because a judge had refused to allow a jury to hear evidence about an alleged incident in which a second girl had been found tied up in a railway car while Mr. Grant was in jail for another crime. For that appeal hearing, Mr. Grant presented an affidavit from Bruce Budowle, a former senior forensics specialist with the U.S. Federal Bureau of Investigation, who said the DNA sample at Molecular World was not only flawed but may have been altered, deliberately or through negligence. The court said it had concerns about the DNA evidence used to convict Mr. Grant. Mr. Grant remained in jail until a jury acquitted him in 2017.

“The evidence overwhelmingly demonstrated that the only piece of evidence tying Mark Grant to the crime was based on flawed science,” Mr. Greenspon said, referring to Dr. Budowle’s affidavit. Yet, Manitoba prosecutors went to the Supreme Court of Canada to fight the Manitoba Appeal Court’s ruling, and when they lost, went ahead with a second trial.

Dr. Chahal told The Globe and Mail on Thursday that it is not unusual for the defence to present an expert witness who disagrees with a prosecution expert.

“I presented what the evidence was. The court is the one to decide if the evidence is reliable or not.” He declined to comment further.

Wilma Derksen, the mother of Candace, declined in an interview to say whether she still believes Mr. Grant was guilty of her daughter’s killing. But she said that because of the lawsuit, she has “removed” a book from a Winnipeg bookstore that she had written about Mr. Grant’s two trials. “I don’t want to be involved in a debate,” she said, adding: “Personally, we’ve had no issues with the process.”

Mr. Greenspon said Mr. Grant was raised by his grandmother and had a learning disability. He was rebuilding his life, learning how to read and working in a rehabilitation program at the time he was arrested in 2007. In prison, he was stabbed four times and assaulted weekly in “a never-ending nightmare.” Mr. Grant is not speaking to reporters, Mr. Greenspon said, because he might have to testify in a trial. 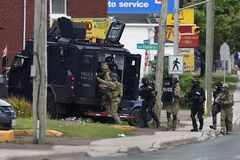 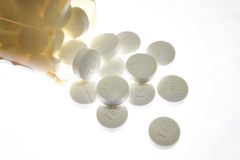 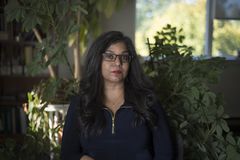