The Manitoba government is planning to join a federal program to top up wages for front-line workers during the COVID-19 pandemic, even as the province orders more belt-tightening in the public sector.

Premier Brian Pallister says his government will participate in a cost-shared program promised by Ottawa last week to supplement income for essential workers, such as staff in long-term care homes, who remain on the job.

About $120 million will be available, three-quarters of which will be federal funds. Details such as who will qualify for the cash and how much they will get will be worked out with public-sector union leaders and private-sector companies that provide critical services, Pallister added.

When pressed for a ballpark figure, Pallister ventured the average worker might receive about $1,000.

To date, COVID-19 has not hit Manitoba nursing homes anywhere near the extent it has in Ontario and Quebec, and the province’s overall case numbers remain low.

Health officials reported no new cases Wednesday, continuing a trend of zero or single-digit daily increases. There have been 290 confirmed or probable cases and seven deaths since the pandemic began.

The province also announced it will make it easier for people who have cold or flu-like symptoms to get tested. Referrals from a doctor or the province’s Health Links phone line will no longer be required as of Thursday. People will be able to go directly to a testing site.

Most non-essential businesses have been allowed to reopen since May 4, as long as they operate at reduced capacity and ensure customers practise physical distancing.

While the physical toll of COVID-19 has so far been limited compared with some other provinces, the fiscal impacts continued to be felt Wednesday.

The president of the University of Manitoba, David Barnard, told faculty and staff that the provincial government is cutting the institution’s operating grant by five per cent for the upcoming school year.

That is in addition to earlier demands from the Progressive Conservative government for temporary workforce reductions over the summer at post-secondary institutions, Crown corporations and other publicly funded bodies.

“We must continue to work together now to address additional pressures put on our budget as a result of this significant cut,” Barnard wrote in a memo, which said layoffs and reduced work weeks are among the options on the table.

At the legislature, Pallister’s political staff are taking temporary pay cuts or unpaid days off to help control costs. Senior advisory staff are taking reduced pay and negotiations with other staff are ongoing toward work-sharing or other unpaid time off, Pallister said.

Canada-U.S. border expected to stay closed to non-essential travel to June 21
May 13, 2020 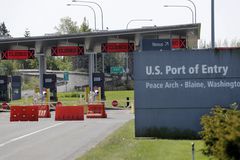 Opinion
Like it or not, Canada’s recovery is tied to the U.S. economy. We are in serious trouble
Subscriber content
May 13, 2020 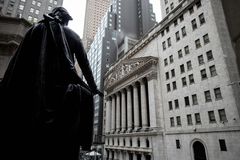 Interferon emerges as potential treatment for COVID-19
May 12, 2020 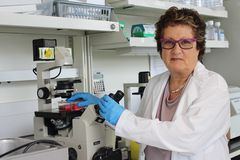