The Manitoba government is ordering many businesses to close, limiting hospital visits, and capping attendance at religious services after a record daily increase in COVID-19 cases.

The province reported 480 new infections Friday. It’s more than double the previous daily record, although health officials said many of the cases were delayed data collection from earlier in the week.

Also of concern were intensive care units running at or near capacity and a rising percentage of people testing positive – more than eight per cent in recent days, almost quadruple the national average.

“We have to get things back under control here,” said Dr. Brent Roussin, chief public health officer.

“And we’ll see that once we get the amount of interactions, the amount of gatherings, down, we’re going to start seeing those [case] numbers come down again.”

Starting Monday, bars and restaurants in the Winnipeg region will only be allowed to offer takeout and delivery. Most retail stores will be limited to 25-per-cent capacity. Movie theatres will have to close and sports and recreation programming will be suspended.

In the rest of the province, restaurants, bars and stores will be limited to half capacity.

In hospitals, non-urgent and elective surgeries are being cancelled in the Winnipeg region. Hospital visits across Manitoba are also off except for people visiting patients receiving end-of-life care.

The province is also looking to add beds and may shift patients to facilities other than hospitals.

“Plans are in place to create new beds for our least-sick non-COVID patients outside of the hospital, should we need more hospital space,” said Lanette Siragusa, chief nursing officer with Manitoba Shared Health.

The restrictions are to be in place for at least two weeks and will be reassessed at that time, Roussin said.

The changes follow an open letter to the government signed by 18 Manitoba doctors. The letter warned that the health-care system could be overrun unless there was a provincewide shutdown.

“We can implement it now and, if we are fortunate, limit deaths to less than double what we have now,” states the letter published in the Winnipeg Free Press.

“Or we can shut down in three weeks and have a death count in the multiple hundreds.”

The new rules will further hurt retailers who have faced various restrictions since the pandemic began last winter, The Retail Council of Canada said Friday.

“About 15 per cent of retail in Manitoba is struggling, has no financial reserves [and] was hanging on for this time of year when purchases go up,” said John Graham, the council’s director of government relations for the Prairies.

Mr. Graham and Dave McKeigan, who manages the Pyramid Cabaret concert venue in downtown Winnipeg, said the Manitoba government has to offer more help for businesses that have had to shut down or operate under strict limits for months.

At one point in the summer, Manitoba had only one active COVID-19 case. Numbers started spiking in late summer.

The Manitoba Nurses Union said the government knew that a second wave would arrive but failed to boost hospital capacity and other health services.

“The Pallister government had months to prepare. They sat on their hands, refused to invest in our public health system, and now we are at a tipping point,” union president Darlene Jackson said in a statement. 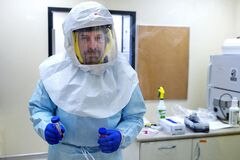 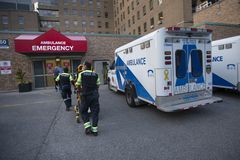