Manitoba shattered its single-day record for new COVID-19 cases on Sunday, most of which health officials said were from communal-living settings.

But authorities stress that people shouldn’t be too focused on the numbers.

Seventy-two new COVID-19 cases were recorded in the province on Sunday – compared to the previous record of 42, which was set the previous day.

The province says that preliminary investigation shows that most of the new cases are a result of extra testing that’s being done because of known clusters in those settings in the Prairie Mountain health region in western Manitoba.

Health Minister Cameron Friesen told the news conference that Hutterite communities are being co-operative with testing and are working with public health officials to try to limit the spread of the virus.

Hospitalization rates in Manitoba remain low, with the province reporting seven people with COVID-19 in hospital on Sunday, one of whom is in intensive care.

“I think it’s important to look past the large number today to understand that a significant part of today’s reported numbers is because there is testing going on on colonies and that’s a good thing,” Mr. Friesen said, urging people not to stigmatize anyone.

“Let’s remember that Hutterite colonies were among the first Manitoba groups to step up and sew masks, to bring food to food banks, to supply hospitals with masks and other things. And they’ve been there in the past, as well, in the same way.”

Manitoba announced last week it was tightening COVID-19 restrictions the region, which includes Brandon, Dauphin and other communities because of rising case numbers, and because of some people ignoring health guidelines.

Starting Monday, indoor and outdoor public gatherings in Prairie Mountain will be limited to 10 people, with some exceptions that include religious gatherings. The rest of the province will continue to be allowed gatherings of up to 50 people indoors and 100 outdoors.

Masks will also be mandatory in the region starting Monday for indoor public places and any public gatherings. In the rest of the province, masks remain a government recommendation when physical distancing is not possible, although some businesses require customers to wear them.

Dr. Roussin said multiple Hutterite colonies have had positive cases, but he wouldn’t specify how many.

He said the increased testing shows the communities are taking the disease seriously and are working with public health.

“I think that in any setting where there’s close, prolonged contact then there’s increased risk of transmission of this virus but a lot of these communities are working hard to reduce that risk,” he said.

Dr. Roussin said there was nothing to indicate any of the new cases Sunday were associated with an earlier outbreak in Brandon that affected dozens of people associated with a meat packing facility, 37 of which he said are still active.

The province also said Sunday that there are seven cases related to an outbreak at Bethesda Place personal care home in Steinbach that’s affecting a combination of staff and residents.

Manitoba had recorded a total of 944 COVID-19 cases as of Sunday. Of those, 356 remained active, while 576 people had recovered. Twelve people have died of the virus in the province. 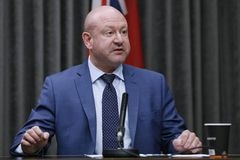 Manitoba reports 38 new COVID-19 cases, including one at a Steinbach nursing home
August 17, 2020 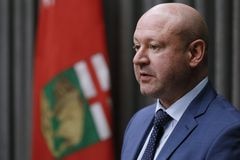