Manitoba Premier Brian Pallister appeared fed up Thursday with people who continue to gather in groups despite the COVID-19 pandemic, as he announced new fines to convince people to obey public health orders.

“I would tell those who are so disrespectful of the rest of us to understand that (enforcement officers) will be everywhere – in every neighbourhood, everywhere you are – and that you’d better change the way you’ve been behaving,” Pallister told reporters.

While police forces in other provinces including Quebec and Nova Scotia have been issuing fines for weeks, Manitoba will start to in the coming days.

The province will work with municipal and First Nations police and bylaw officers to levy the fines, Pallister said, although initially the focus will be on warnings.

Winnipeg Mayor Brian Bowman said the city may use its own penalty system, at least in the short-term. An existing municipal bylaw allows for fines of up to $1,000 or six months in jail for individuals, he said. It only applies on city-owned property such as municipal parks.

While both politicians said most people are obeying public-health orders, pictures have emerged on social media in recent days of large groups of people playing soccer, football and other games in parks. A tattoo parlour in Brandon – a non-essential business under the province’s health order – was recently ordered to shut down after being found open, health officials said.

“For those who are still not getting the message, we’ve reached the point where the continued violations of these measures needs to stop,” Bowman said.

The announcement came as the province revealed three new COVID-19 cases, bringing the total of confirmed and presumptive cases to 224. Three people have died since the start of the outbreak and 76 have recovered.

The new fines do not apply to gatherings in private homes, but health officials urged people not to host family gatherings with Easter and other religious holidays approaching.

“In situations where you’re having large family gatherings, you’re putting all those people that you care about at risk,” Dr. Brent Roussin, the province’s chief public health officer, said.

With the pandemic continuing, organizers of Dauphin’s Countryfest – a music event that attracts thousands of people each summer – announced they are cancelling this year’s festival.

And new restrictions may be looming in parks and campgrounds.

The province shut down washrooms and other facilities at its parks Thursday, and Pallister said a committee is looking at what further actions might be needed in the coming weeks and months. Provincial campsites are slated to open for the season on May 8.

Winnipeg has left parks open while closing amenities such as athletic fields and play structures, but Bowman said an all-out closure is being considered.

“We’re hoping that that’s not necessary because, you know, it’s a Catch-22 governments are in right now,” Bowman said.

“On one hand, we’re saying go home, but on the other hand we’re trying to provide space so that when people do need to leave (home), they have safe spaces (where) they can spread out.” 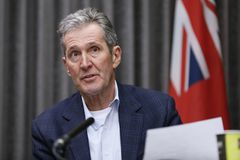 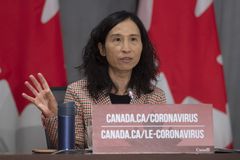 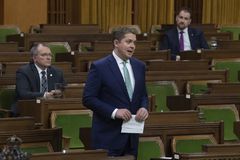