Barbara Kentner and her sister were hurriedly walking to their nephew’s house in Thunder Bay in the bitter cold and wind of a late January night when she felt “something hard” hit her in the stomach.

She says she fell to her knees and saw a dark car with tinted windows speed off.

Ms. Kentner, an Anishinaabe woman from Wabigoon Lake First Nation and mother to teenage daughter Serena, had been hit by a metal trailer hitch. Her sister, Melissa Kentner, found it on the ground not far from her, picking it up with her sleeve to keep as evidence of the random attack that sent her sister into emergency surgery for a perforated bowel the next day.

Brayden Bushby, who was 18 at the time, was arrested a week later and charged with aggravated assault. Ms. Kentner’s video statement was among four items of evidence submitted in a Superior Court of Justice in Thunder Bay on Monday, as the manslaughter trial against Mr. Bushby got under way almost three years after the attack.

Thunder Bay police recorded a video statement from Ms. Kentner on April 4, 2017, in the home of a family friend, where she had been staying since the attack. By then, doctors had told her and her family she wouldn’t recover from her injuries and underlying liver disease, and had only weeks to live.

Ms. Kentner died on July 4, 2017, in a Thunder Bay hospice with her sister and other family members by her side. The next November, Mr. Bushby was charged with second-degree murder and scheduled for a trial by jury in January, 2020. It was postponed to April, then again to October because of “uncertainty and the law regarding the jury selection process” and pandemic restrictions. It was delayed further by a fire at the Thunder Bay Courthouse.

The attack on Ms. Kentner and her death drew national attention during a time when Thunder Bay was under heavy scrutiny over how Indigenous people were treated in the Northern Ontario city. Her case sparked outrage again – and allegations of systemic racism in the justice system – when Crown Attorney Andrew Sadler announced in September he was filing a new indictment of manslaughter and dropping the second-degree murder charge against Mr. Bushby.

Mr. Sadler told the court on Monday that Mr. Bushby agreed to plead guilty to aggravated assault and stand trial in front of a judge for the charge of manslaughter partly because of evidence that established that Mr. Bushby threw the trailer hitch and had been drinking that day. He also said pandemic restrictions and changes to jury selection legislation would have prevented a jury trial this fall, and it was in the public interest to proceed.

Dressed in a black suit, tie and face mask, Mr. Bushby was led into the court room, where he pleaded guilty to aggravated assault and not guilty to manslaughter.

In his opening statements, defence counsel George Joseph told the court this case wasn’t about a targeted attack against an Indigenous woman despite media attempts to frame it that way.

Testimony from the preliminary hearing of two witnesses who were in the car with Mr. Bushby the night of the attack was submitted as evidence. The accounts come from Jordan Crupi and Nathan Antoniszyn, who reported the incident to police a week later with their mothers.

Their testimony, which had been under a publication ban until now, reveals that Mr. Bushby was in the front seat of the car being driven by his friend Kassidi Hartley. They said he was intoxicated when he jumped out of the moving car and brought back a trailer hitch. Mr. Antoniszyn, who was in the back seat beside Mr. Crupi, said Mr. Bushby told them he wanted to throw it through the window of a guy he didn’t get along with and that he also wanted to “yell at hookers.”

“When I seen that all he was doing was laughing when he got back in the vehicle and I asked him what he did and he just smiled about it, I instantly like kind of clicked in what he had done,” Mr. Antoniszyn told the court in the preliminary hearing.

Both witnesses testified they were concerned someone had been hurt, but by the time they drove back, no one was there.

Melissa Kentner was the first person to testify on Monday. She said she was walking in front of her sister when she saw a vehicle down the street, but didn’t think anything of it until it got closer and she saw someone hanging out the window. She didn’t see what was thrown.

“I just hear a clink, clink and I hear that kid say, 'Yeah, I got one,’ then I turn around and see my sister bent down,” she testified. The next morning, she took Ms. Kentner to the hospital and reported the attack to police.

Toby Rose, the forensic pathologist who performed the postmortem on Ms. Kentner, is scheduled to testify virtually on Tuesday. Mr. Sadler said in his opening statements that Dr. Rose determined that Ms. Kentner died from complications of blunt force trauma to the abdomen and that her liver condition was a contributing factor.

Canada’s residential schools were houses of pain, but survivors want these buildings to be saved
October 1, 2019 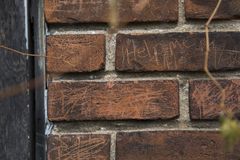 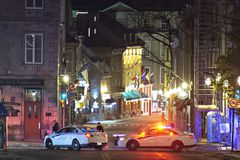 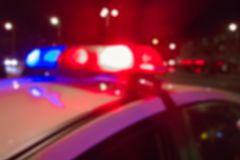