Mars is bubbling with seismic activity in the form of tiny “marsquakes” that rattle the planet daily, scientists report, reinforcing the picture of a dynamic world with a complex geological history.

Together with related developments, the news highlights the involvement of Canadian scientists in two Mars missions – one currently revealing the planet’s enigmatic interior and another that will try to retrieve samples of Martian rocks in hopes of determining whether it once harboured life.

The seismic data comes from NASA’s InSight spacecraft, which landed on Mars in November, 2018. InSight is the first probe carrying instruments that can directly measure the minute vibrations that shake the planet from within. In a series of papers published Monday in the journal Nature Geoscience, scientists working on the mission document its first 10 months of operations on the planet.

In addition to the marsquakes, one surprising result comes from a study of magnetic measurements led by University of British Columbia planetary scientist Catherine Johnson. InSight carries a magnetometer, which researchers use to help interpret the seismic data. Dr. Johnson said this has proved to be a boon to the mission and led to the discovery that the magnetic field at the landing site is about 10 times stronger than scientists had expected based on measurements made by orbiting spacecraft. Dr. Johnson said that the local geology may have led to a stronger-than-average field at the particular spot where InSight landed, but the result has broader implications.

“I think it points to something that’s been suggested, but has been hard to confirm … that probably much of the Martian crust is actually magnetized,” she said.

The magnetic field at Earth’s surface is generated by the movement of molten metal in the planet’s liquid outer core. In contrast, the magnetism that InSight detected on Mars is a geological relic, frozen in rocks that sit well beneath the probe’s landing site. Its strength is less than a tenth of what is typically measured on Earth, but it demonstrates that, in at least some areas, the surface of Mars continues to carry evidence of the active and relatively strong field it must have possessed in the past. Such a magnetic field could have once shielded the Martian atmosphere from electrically charged solar particles and allowed the planet to maintain a habitable environment at the surface in the distant past.

Engineers are still working to deploy another key instrument on the lander, a probe that was designed to hammer itself into the ground to a depth of up to five metres to measure the planet’s internal heat. So far, the probe has been stalled near the surface. On Friday, NASA said it would try to use the lander’s robotic arm to brace the probe and help it from pushing itself back out of the ground as has been happening.

Last Thursday, the U.S. space agency announced that it has selected 10 more researchers to participate in its next mission to the red planet, the Mars 2020 Rover, slated for launch in July. Canadian Christopher Herd, a meteorite expert and professor at the University of Alberta, is among those who will help to identify which rocks the rover will sample when it lands next year in Jezero crater, including some that will be set aside for eventual return and analysis on Earth.

The mission’s landing site was selected because it features an ancient river delta with clay deposits that date back 3.5 billion years. One of the key objectives of the mission is to determine whether those deposits contain organic matter, which would be supporting evidence that microbial life once existed on the surface of Mars.

“I am really fascinated by the prospect of finding evidence for past life," Dr. Herd said. “That has to be the driving question.”

He added that whatever the rover finds, it will significantly expand scientists’ understanding of Martian geological history when samples are returned to Earth. As part of his involvement, Dr. Herd is also on the mission’s project science group, a core team of researchers that will guide the rover’s scientific investigations.

“To have a Canadian as one of those people who have a direct voice impacting the operations of the mission is huge,” said Tim Haltigan, senior mission scientist for planetary exploration at the Canadian Space Agency.

Years of tight budgets kept the agency from supplying hardware to either of the two missions – contributions that would have guaranteed the involvement of Canadian scientists. Instead, Dr. Johnson and Dr. Herd earned their participation as individual researchers through international partnerships and competitions. 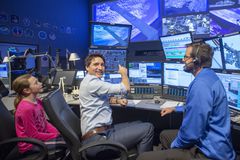 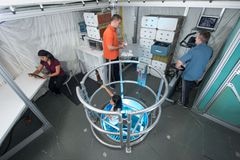 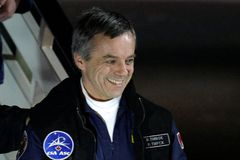