Late on Friday evening, in a nearly empty courtroom, a 33-year-old former bar promoter convicted of five counts of sexual assault stood and addressed the court.

“Most importantly I want to say that I had no malice in my heart, and I did not set out to intentionally hurt anyone…,” said Matthew McKnight, reading from a prepared statement. “The only thing that kept me going these past four years was the desire to present my side of the story in court.”

Mr. McKnight, who was originally charged with 13 counts of sexual assault, said he regrets that he was not believed by the jury in five of those cases.

“At the time of these events, I was unaware of the hurt I was causing,” he said. “I had no plan or scheme to harm anyone, and I will go to my grave screaming out that I did not drug these women’s drinks.”

Mr. McKnight spoke in a measured tone, and at one point appeared to wipe away a tear.

The statement concluded sentencing proceedings that spanned seven days and ran late into the evening on Friday in an effort to complete the case. None of the women involved in the case were still at court, though some were watching the proceedings via video link.

The case is now adjourned until next Friday afternoon for sentencing.

The defence is seeking five-to nine-years in prison, while the Crown is asking for a term of 22.5 years.

During seven full days of argument by the defence and Crown, Justice Doreen Sulyma was again faced with two different possible interpretations of Matthew McKnight and his crimes. As in the trial, the defence painted Mr. McKnight as an intelligent, hard working, well-educated man who, in the cases of these convictions, fell prey to his own wild and promiscuous party lifestyle. The Crown, meanwhile, argued Mr. McKnight was a serial sexual predator who intentionally and knowingly enacted “his domination and control of incapacitated vulnerable women, repeatedly.”

“We have no understanding of why Mr. McKnight raped five women over six years,” prosecutor Mark Huyser-Wierenga told court on Friday. “This is a troubling, troubling pattern of abuse.”

Like the trial — which began in October, 2019, and ran 63 days until the jury’s verdict in January — the sentencing hearing went significantly longer than scheduled, with both sides arguing vastly divergent positions on relevant case law, consideration of the evidence and sentencing.

Among other factors, defence lawyer Dino Bottos has argued the sentence should be reduced because of a serious assault Mr. McKnight suffered while on remand after his arrest in August, 2016.

“He will be looking over his shoulder every day, every night…,” Mr. Bottos said. “A year in jail for Mr. McKnight will be harder than a year in jail served by most other inmates.”

As part of his sentencing arguments, Mr. Bottos filed nine letters of reference — written by six men, one woman, and each of Mr. McKnight’s parents — describing Mr. McKnight in glowing terms and expressing optimism about his future.

Marty Melnychuk, a former professional hockey player who was general manager of the bar where Mr. McKnight worked and a partner in the broader ownership group UrbanSparq, described Mr. McKnight as “one of the best people I have worked with in over a decade in the hospitality industry.”

“Losing Matt the way we did was a huge blow to Knoxville’s Tavern,” Mr. Melnychuk wrote. “And while we continued operating for years it was never the same.”

Mr. McKnight’s father, Jim McKnight, wrote that his son has “a deep core of decency and a good heart,” but said arrogance “led him to mix bad judgment, alcohol and promiscuity, and to create a drunken, hypersexualized lifestyle that could never end well.”

He asked that his son be held in a prison where he can study financial planning, so he can join his father’s investment firm when he’s released.

Mr. McKnight’s mother, Brenda Lloyd, who has attended nearly every day of the trial and sentencing, wrote that her son has “seriously reflected on his former hypersexualized lifestyle” and is “humbled and very sorrowful.”

“I believe it was not his intention to hurt anyone,” she wrote. “But clearly the jury has concluded otherwise.”

In the Crown’s arguments, prosecutor Katherine Fraser noted courts have found evidence of previous good character is not mitigating in sexual violence cases because the crimes typically happen behind closed doors, including by people who had good standing in the community.

Co-prosecutor Mark Huyser-Wierenga also said it is “extremely naive” to assume Mr. McKnight’s prospects for rehabilitation are good because he has complied with his bail conditions, or that the offences are simply linked to the atmosphere in which he worked and partied.

Mr. Huyser-Wierenga said there’s no evidence — such as a psychological report — to indicate why Mr. McKnight committed the offences, or to show his prospects of rehabilitation.

Mr. Bottos has argued the lengthy prison sentence suggested by the Crown is “uncalibrated vengeance,” and said the sentence should be further reduced because of the “inordinate public condemnation” and humiliation Mr. McKnight has faced, from both coverage in the press and on social media.

In his statement, McKnight also spoke about the things he has lost since he was charged, including his career, reputation and freedom, and pleaded with Justice Sulyma “to believe in my ability to be rehabilitated.”

“I want to serve my debt to society, but still be able to make something of my life,” he said. “I have never been in trouble before, and I can assure you that I have received the message of the justice system loud and clear.”

In victim impact statements read by four of the women recalled the profound ways the sexual assaults have affected their lives, including derailing relationships, schooling and careers, and leaving them with fear, anxiety and trauma and, at times, suicidal.

One of the women said on Friday that, even after the experience of trial, the sentencing proceedings had been, “the most silencing process ever.” She wore a mask that she and some of the others had specially made, with a fabric hand stretched across the mouth.

“If I had known it would be like this, I never would have come forward,” another of the women said on Friday.

After Mr. McKnight’s statement, she said, “I am so angry.”

Their identities are protected by a court-ordered publication ban. 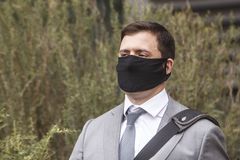 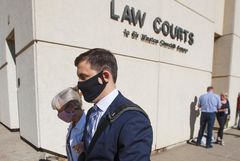